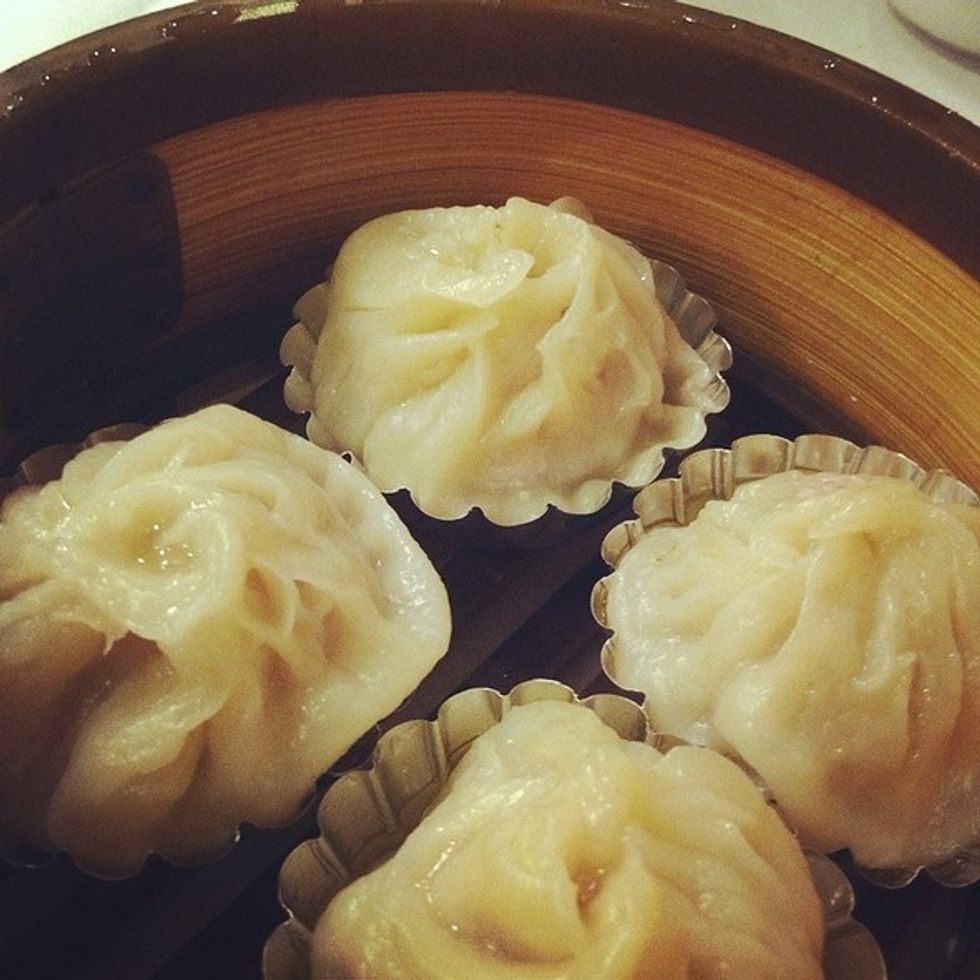 The Year of the Snake is approaching, and San Franciscan’s will ring it in with the annual Chinese New Year’s Parade. What better way to celebrate the longest and most important Chinese holiday than with traditional lion dances and authentic Chinese bites? Called jiaozi in Chinese, dumplings are said to pack luck inside of them, so eating them on New Year’s Eve ensures prosperity. Who knows? Maybe you’ll win the lottery. In anticipation of the upcoming festivities, I’ve rounded up a list of Chinatown’s best dumplings, so you can grab a snack before or after the parade (or both!) at one of these top-notch spots:

This small storefront bakery offers a wide array of buns and dumplings.  Cheap, fast, and satisfying, Good Mong Kok offers easy dim sum at a reasonable price. Order a few of their popular pork or shrimp dumplings to enjoy while perusing the parade.

Have a big group and want a more luxurious, relaxing meal to round out your parade day? Head to Great Eastern Restaurant for delicious dumplings, peking duck, lobster, and buns. Large enough to accommodate your whole party, this dim sum spot is worth the short wait. Additional draw: Obama was spotted at this popular restaurant. If it’s good enough for the President, it’s good enough for us!

True to its name, Delicious Dim Sum serves up some seriously tasty dumplings. Not too greasy but bursting with flavor, these dumplings are fresh and authentic. Try the traditional shrimp or chive dumplings, or go for the pork, chestnut, and peanut variation.

A bit of a trek from Chinatown (but still near the parade route), Yank Sing is a good spot to hit at the end of your New Year’s tour–it’s upscale and pricey, but worth every penny. Shanghai soup dumplings are hard to find in the center of San Francisco, but Yank Sing does them–dare we say–perfectly! Thin, chewy skin encapsulates a rich broth that bursts with flavor. Also try their spinach dumplings for an elegant new twist on a classic.

With a large selection of both hot and cold dim sum items, Wing Sing has enough variety to make everyone in your party happy. Dumplings come in an assortment of flavors, such as taro and cilantro, in addition to the usual suspects, and come either steamed or fried.  At three for a dollar, you can try as many as you like!

Where is your favorite Chinatown dim sum spot?