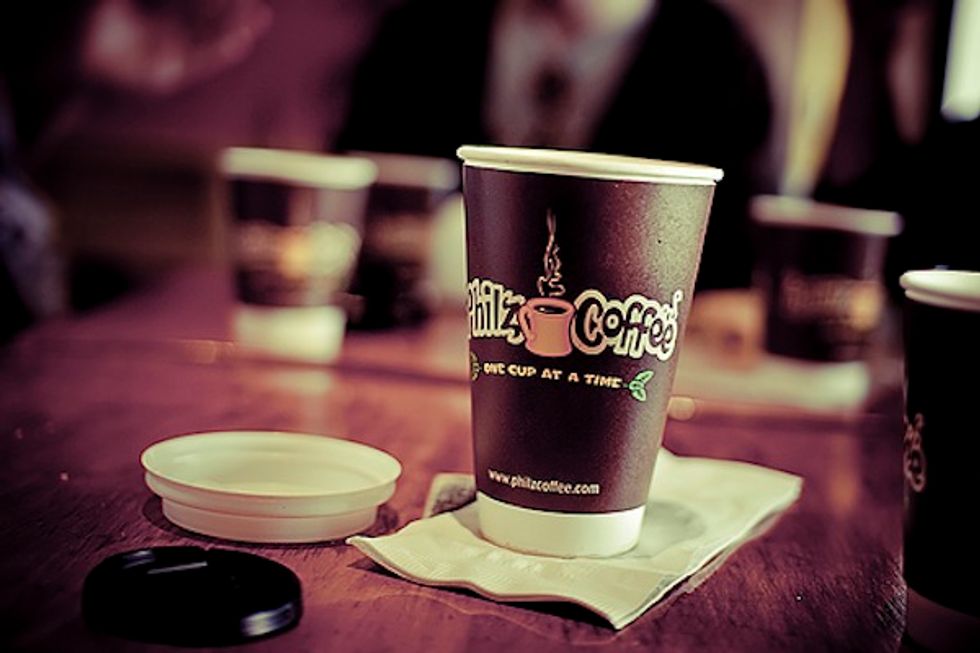 Philz Coffee, San Francisco purveyors of mighty fine java, plan on expanding their operations after a new round of major funding was announced, according to TechCrunch. Aiding in the little coffee company's recent cash influx are a gaggle of tech types, actors, and musicians by way of angel investing.

Philz's second round of funding will reportedly help the compay grow by at least 50% over the next year. Hopefully, persnickety foodie types will refrain from clutching their sustainably harvested pearls; the last time a local chain made good—back in 2012, if you recall,  when Starbucks bought La Boulange—diehard fans were none too thrilled, fearing that going national would ruin both reputation and quality control.

On the plus side, small towns across the Midwest might soon play host to such artisan cafe scenarios as this: