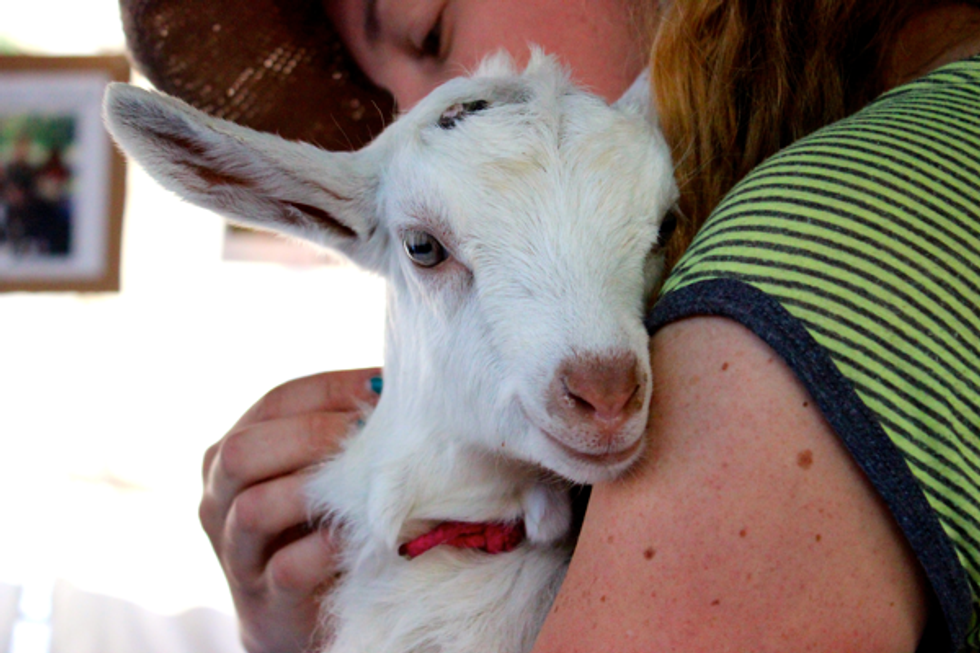 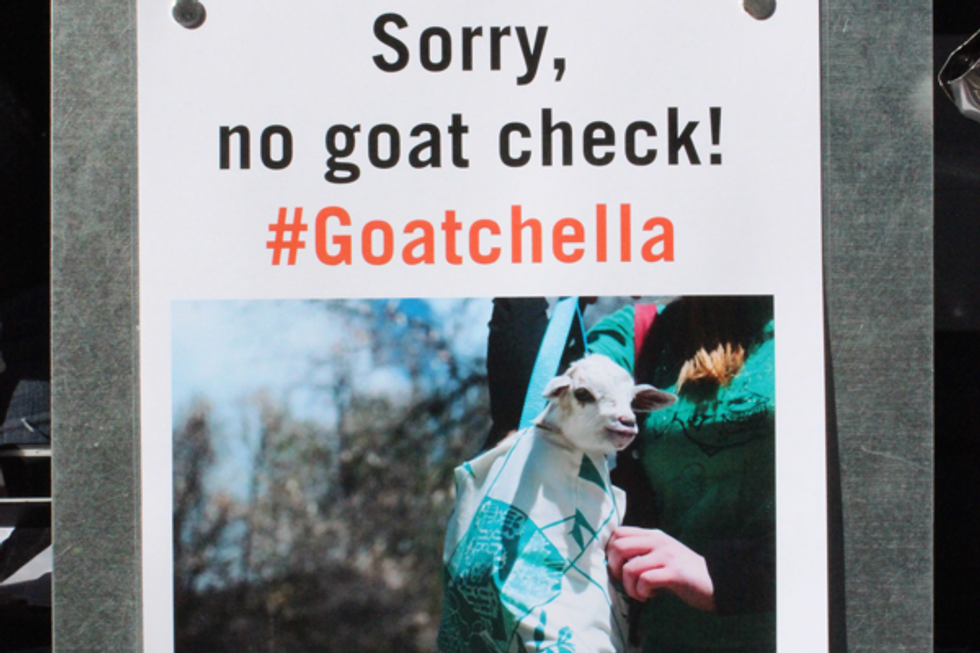 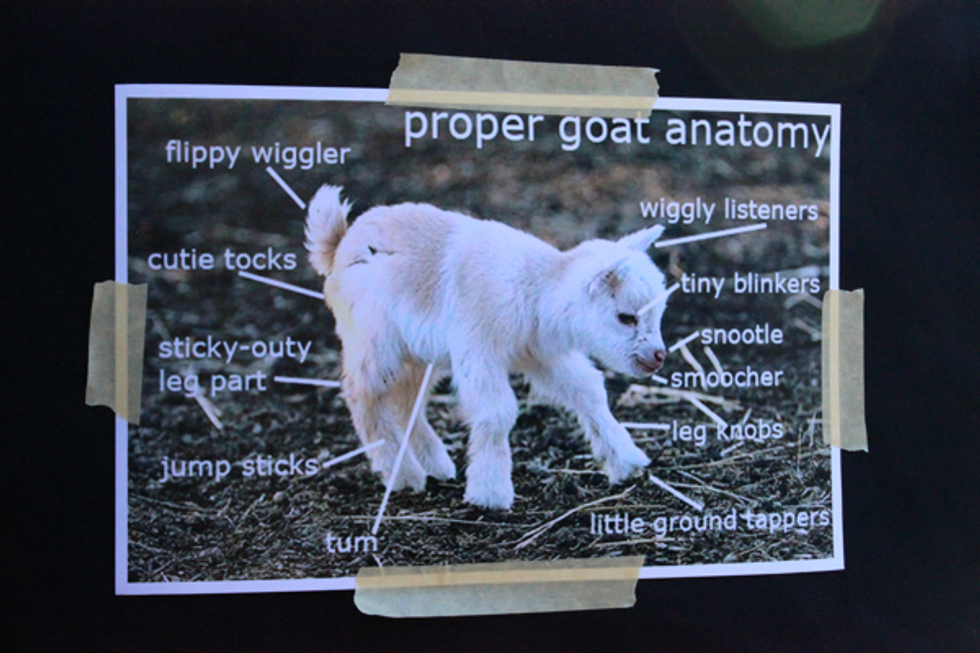 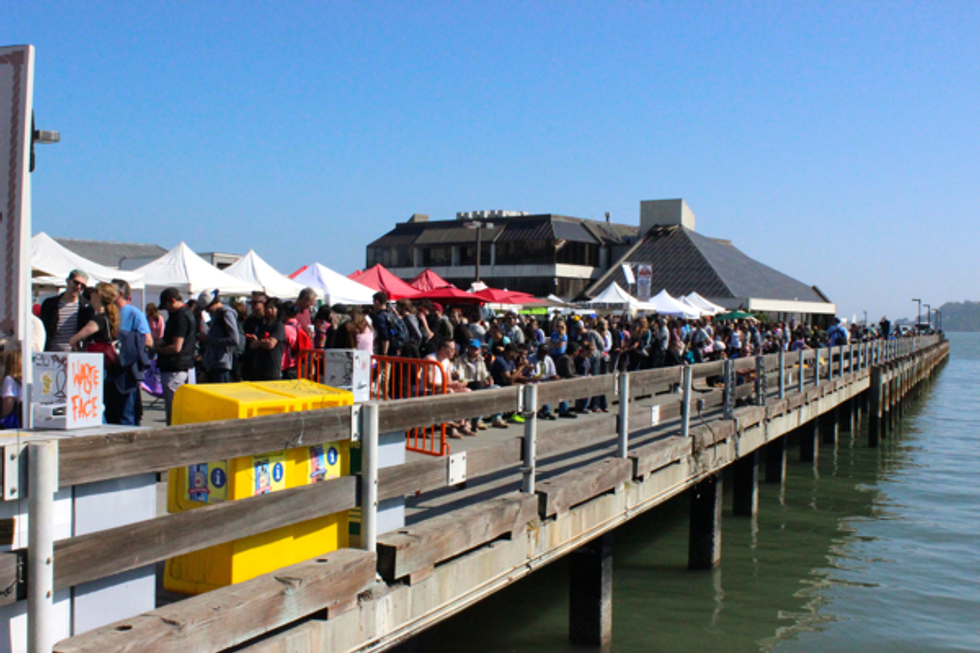 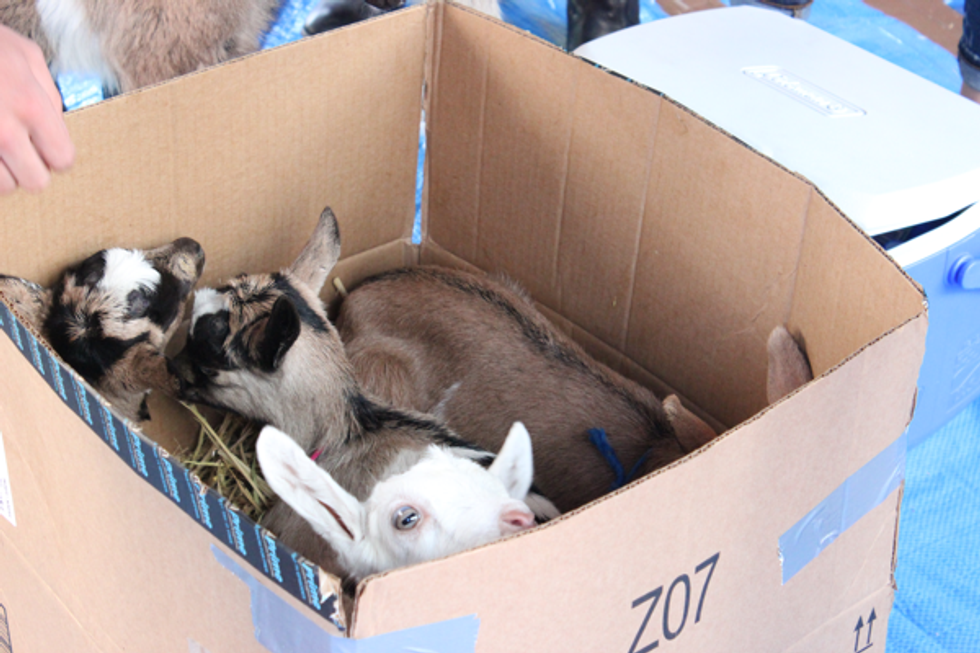 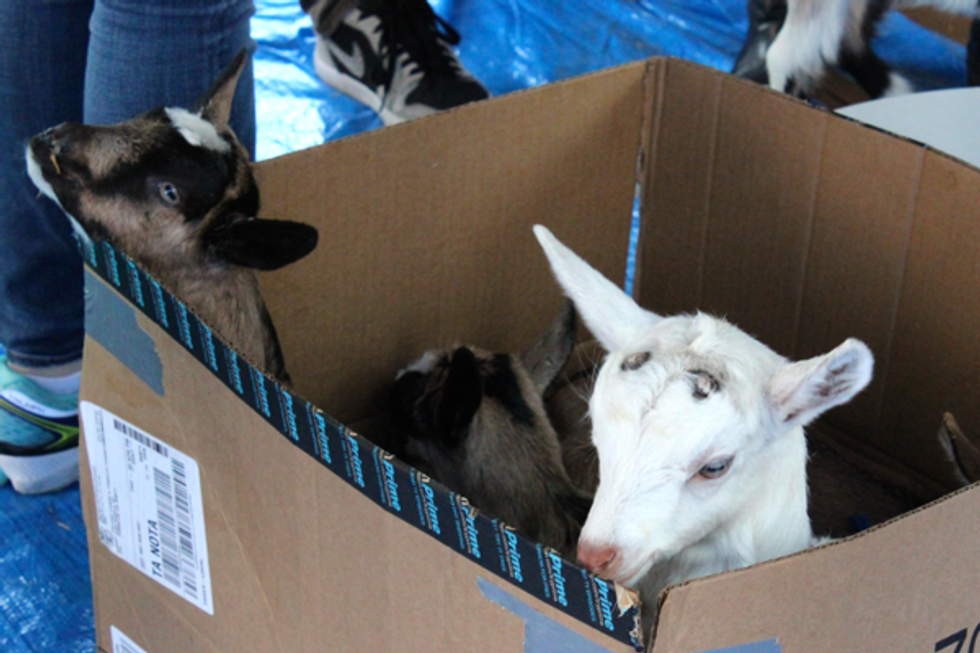 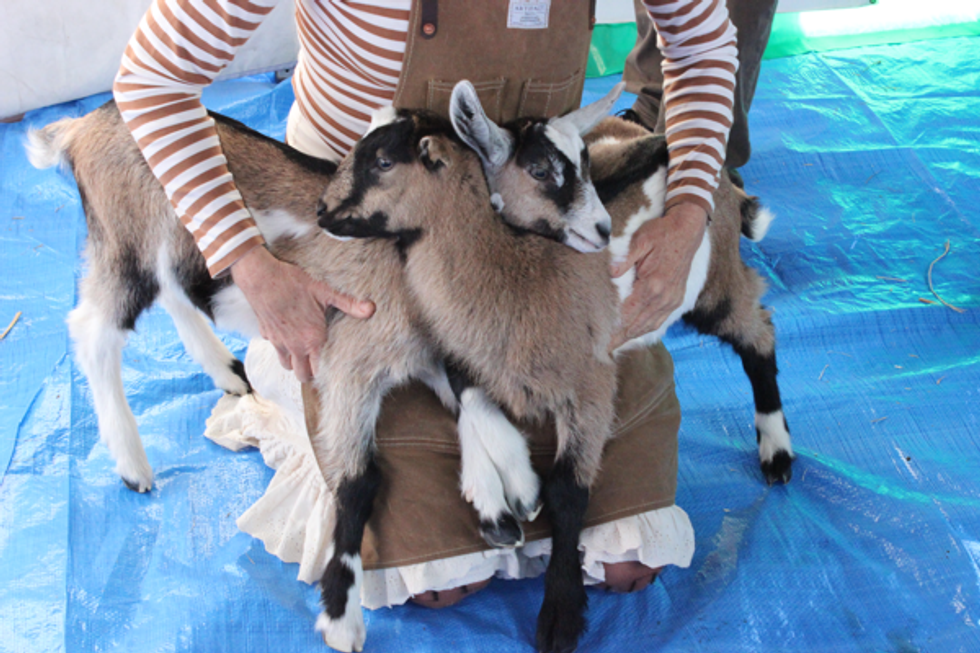 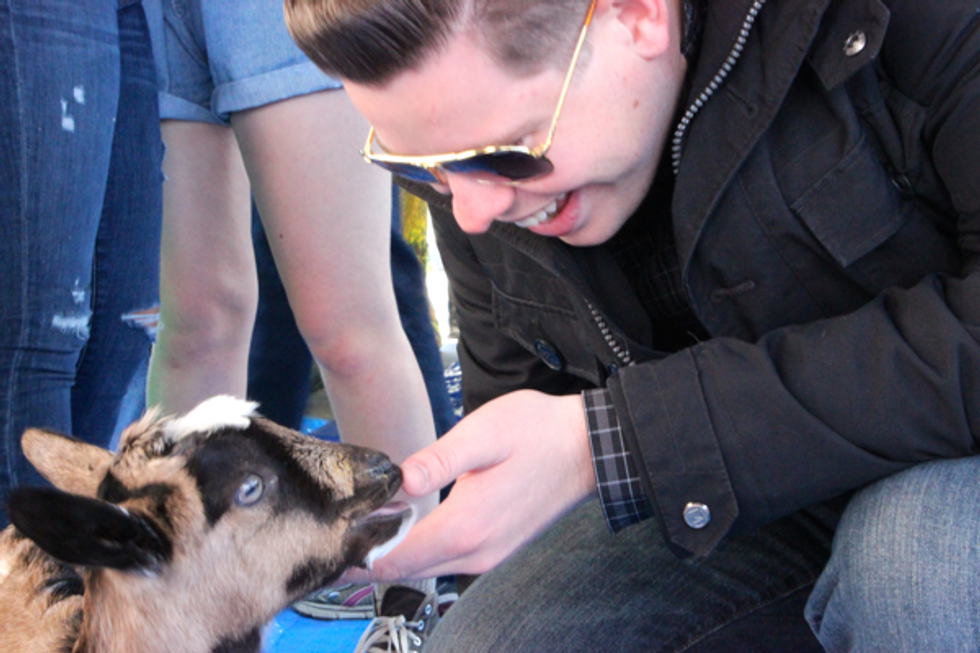 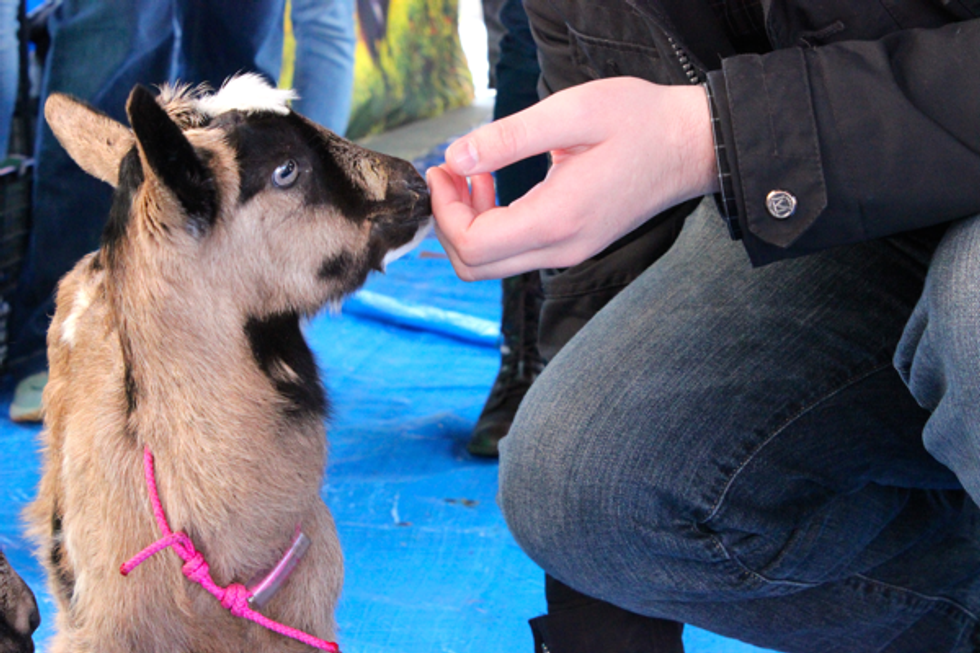 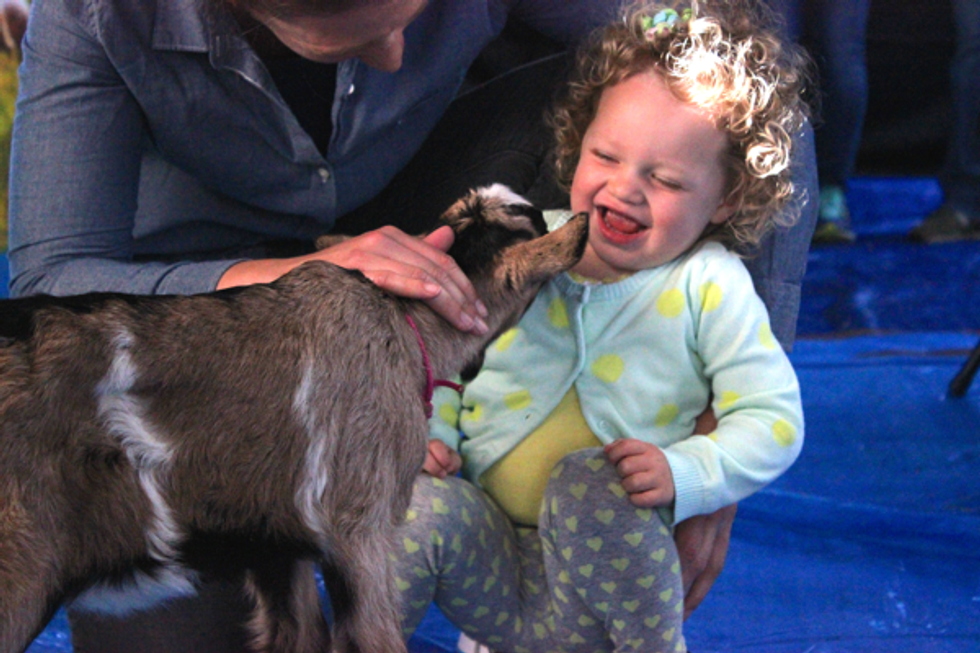 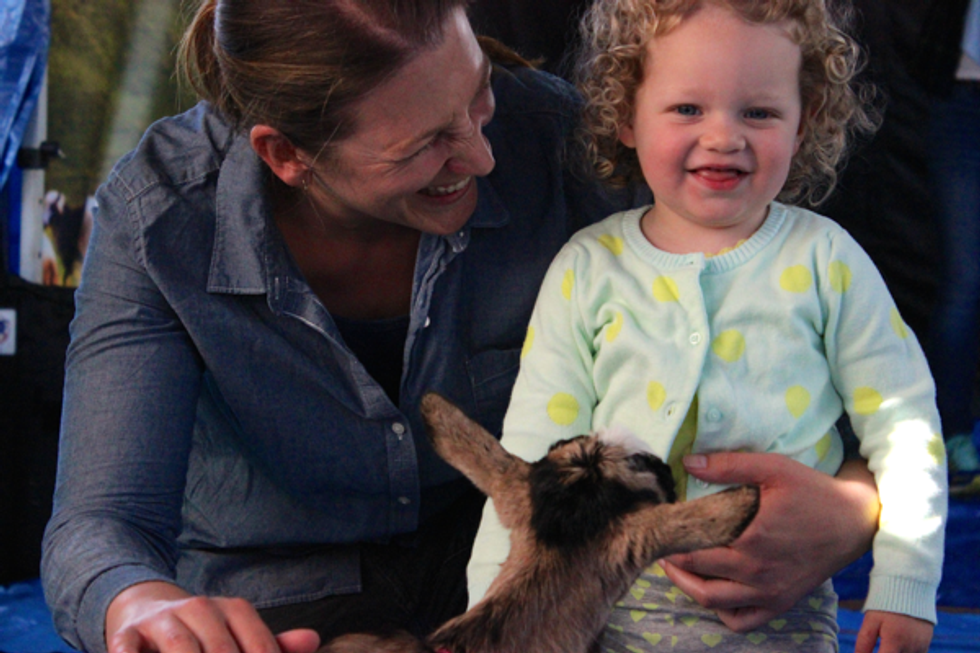 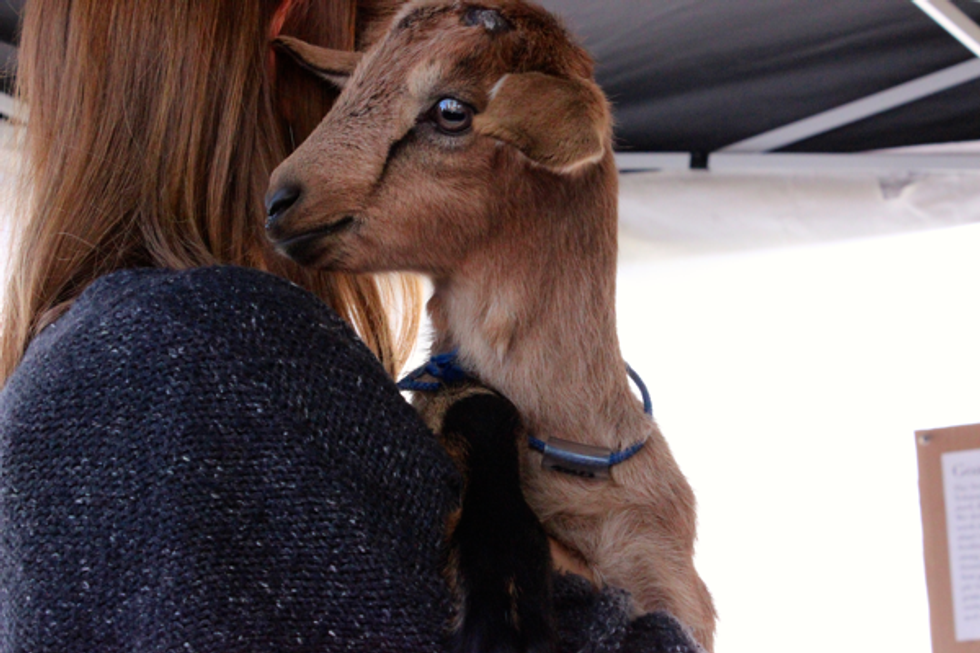 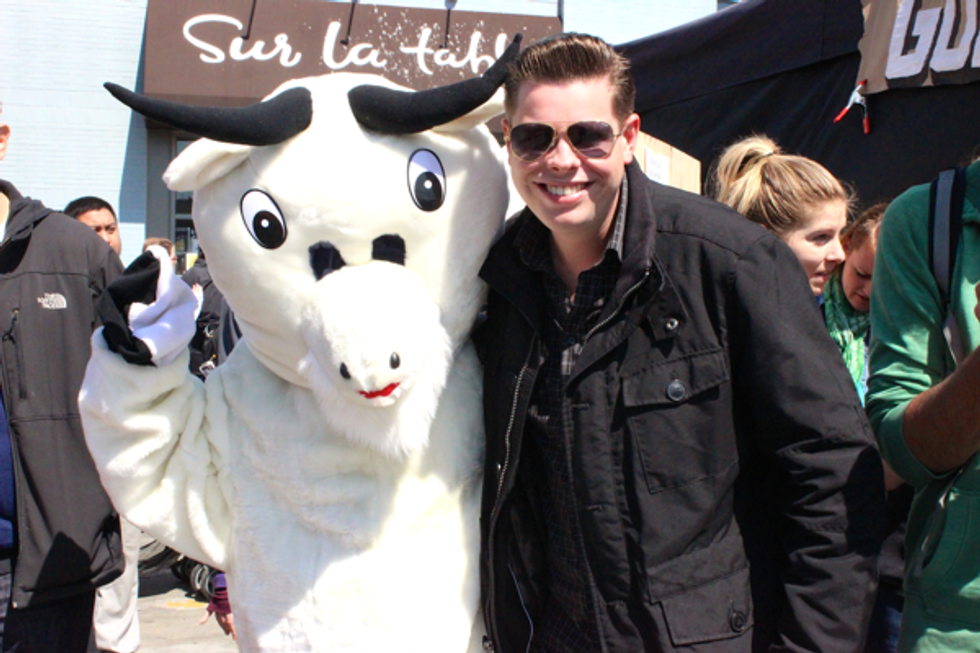 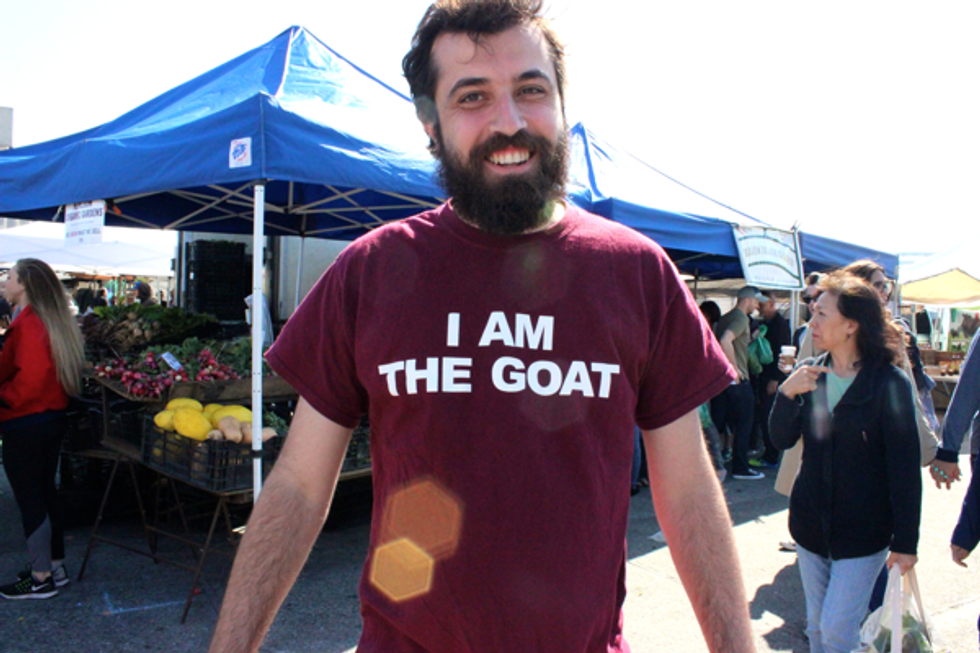 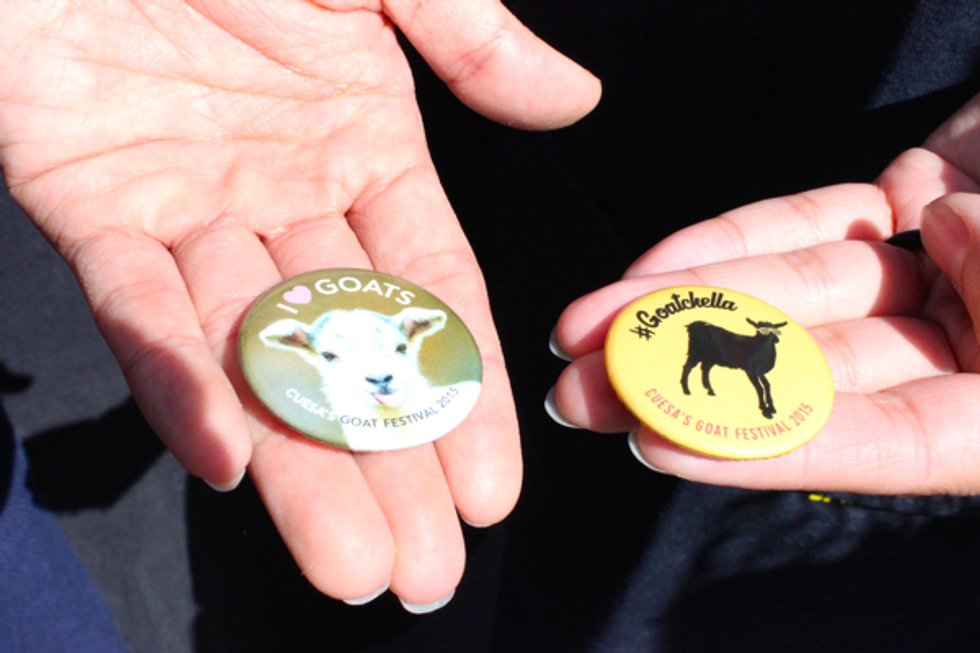 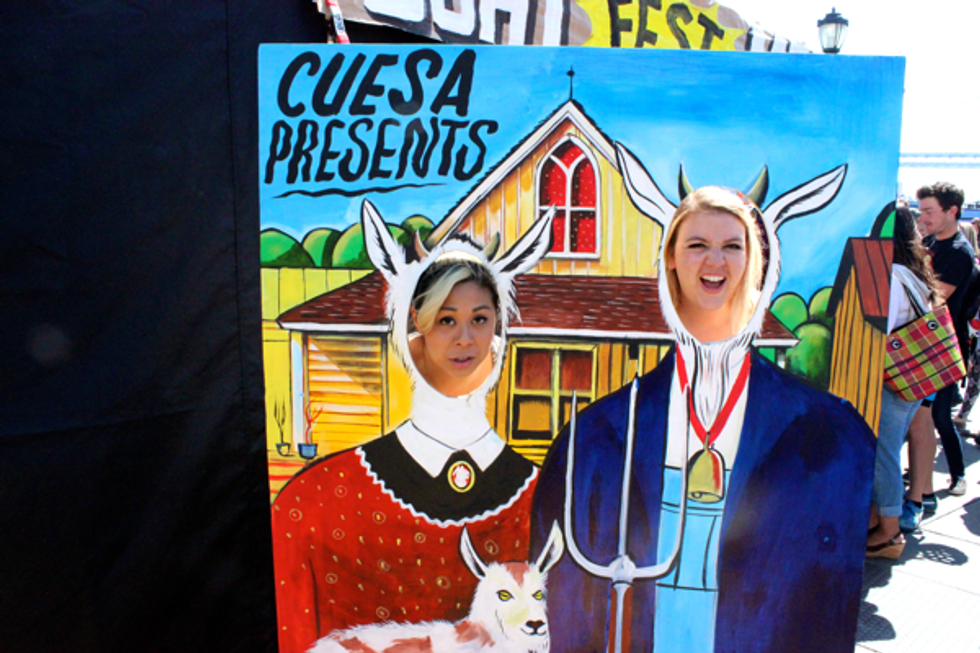 San Francisco may not be the most child-friendly city on the map, but this weekend it was definitely the most kid-friendly.

On Saturday, CUESA’s annual Goat Festival brought cuteness overload after its Facebook event post went viral, with more than 17,000 RSVPs. As a former UC Davis Animal Science student and Goat Internship graduate, I had to check it out for myself.

By the time I arrived to the Ferry Building at 9:30am (half an hour before the official start time), there was already a line forming to pet the baby goats. An hour later, that line stretched as far as the eye could see.

The event proceeded as expected: Adorable baby goats frolicked and cuddled with delighted San Franciscans; city dwellers got to learn more about animal agriculture in a hands-on way; protesters protested; and people who arrived late grumbled at the long line, which was surprising since San Franciscans are known for their love of waiting in lines.

Check out the pictures for all the goat-y goodness!