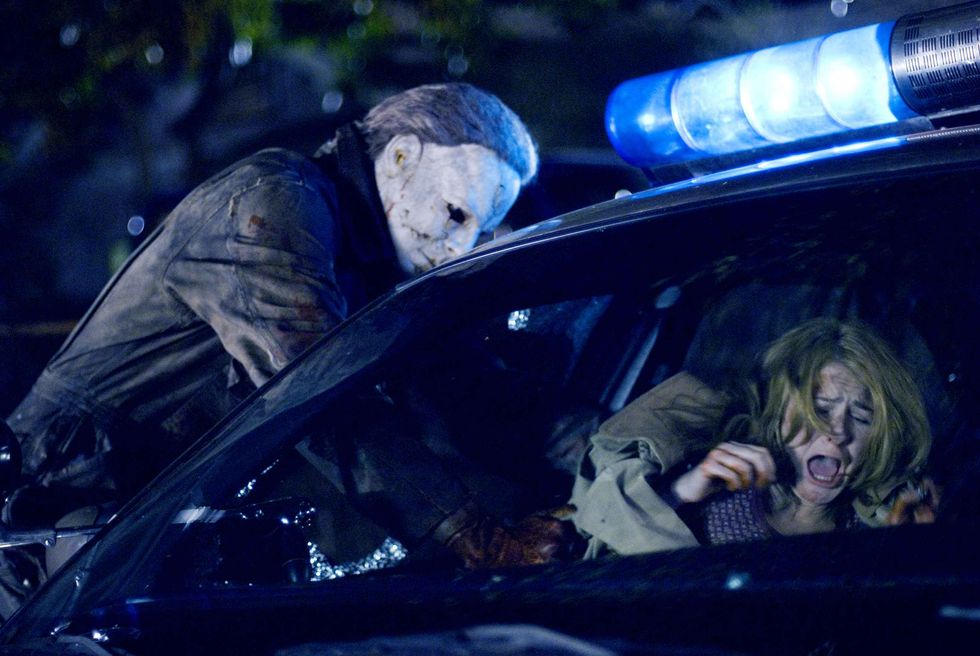 Prelude to a Kill: Rob Zombie Gives the Bogeyman a Backstory in 'Halloween'

Give Rob Zombie his due. Asked to remake one of the most influential horror films in history – one of the few that remains as effectively jarring today as it was at the time of its 1978 release, when an up-and-coming director named John Carpenter reinvented the slasher genre with his stark portrayal of a lunatic killer loosed on suburbia – and the White Zombie singer has done so in a way that is unique and, surprisingly, still shocking.

Carpenter, recruited to direct Halloween, his third feature, on the heels of his similarly unrelenting 1976 thriller Assault on Precinct 13, may have raised the bar too high, but Zombie offers a broader yet compelling take on the mythology that has made Michael Myers one of the big screen's creepiest bogeymen.

For starters, he’s given Myers a backstory. Until now, the man behind the ghostly William Shatner mask was simply a stalker who killed without reason, hunting his victims with lethal precision. Zombie explores the volatile upbringing that seemingly drove Myers to murder – the broken home, an abusive stepfather (William Forsythe) and a mother (Sheri Moon Zombie) whose job, as a stripper at the local dive bar, earns young Michael (Daeg Faerch) the contempt of his peers.

Does too much exposition rob the monster of his mystery? Not really, though it certainly complicates any assessment of his motives. The original presented Myers as evil incarnate – “no reason, no conscience, no understanding,” as Donald Pleasance warily cautioned the sheriffs of Haddonfield, Ill., the fictional birthplace of Carpenter’s sociopath.

Here, we find Myers an embittered child, ostensibly ripped from the pages of a how-to guide for creating serial killers, and it begs the question: Is he a monster by nature, or is his insatiable rage a product of his environment?

Whatever the case, Zombie doesn’t invite sympathy for the devil, and it’s just as well. After his prelude to the killing, during which the director seems more comfortable tinkering with Carpenter’s formula than replicating it, he settles into a familiar groove, returning to the night when a grown Myers (Tyler Mane) escapes the confines of his sanitarium to retrace the footsteps of his long-lost sister, Laurie (Scout Taylor-Compton).

At that point, the film becomes less a reinvention than a competently staged remake, yet its effect is hardly less powerful. Thirty years later, Myers is still consumed by the same demons, and his drive to kill, in gorier fashion than Carpenter ever committed to film, remains undiminished.

Groundbreaking it's not, but as a stylishly staged homage, the movie is diverting enough. Although this latest Halloween may prove too verbose and literal-minded to satisfy some fans of Carpenter’s model of minimalist but brutally efficient horror, it is a harsh, disquieting experience. Sometimes, less is more; in this case, not so much more that Zombie’s vision should be casually dismissed.