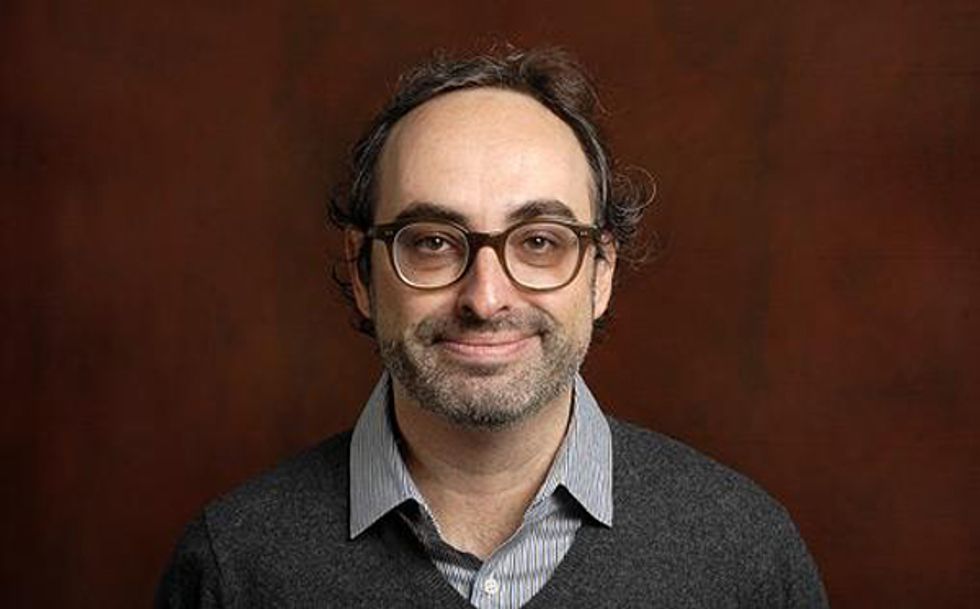 Shteyngart, author of three well-loved comic novels (most recently Super Sad True Love Story), takes a departure into memoir in his latest work, exploring his confused path as a Soviet immigrant in the unfamiliar U.S. Asthmatic and bullied as a child, he somehow manages to find his way in the school system, dabbling in drinking, Republicanism, and other fraught pursuits. Riotously funny as always, it's a sensitive exploration of a kid caught between cultures. Tickets to Shteyngart's Book Passage appearance are $29.50 and include a copy of the book; tickets to his JCCSF appearance are $30, or $45 with a copy of the book.

Chang-Rae Lee (On Such a Full Sea)

Lee's newest novel, a futuristic dystopia, is something of a departure for the author, and has earned acclaim for its sensitive portrayal of a society divided by deep economic inequality. Protagonist Fan, a fish-tank diver, is one of legions of second-class Chinese immigrant descendants who grow fish and vegetables for walled-off charter villages. Pregnant, she sets out to find her child's missing father, which requires a journey into the anarchic, crime-ridden surrounding areas that could end up costing her life.

Hummel's new novel, based on her father's childhood and letters from her grandparents that were hidden in an attic wall for half a century, is set in Germany during World War II. Her protagonist, Liesl, has just married a young widower who's off at war, and is made the caretaker of his three children, including a baby and a disturbed little boy who's at risk of being sent to the Nazis' famously cruel hospital for "unfit" children. Hummel explores the difficult choices made by Germans as Hitler's regime fell, food supplies dwindled, and refugees from bombed-out cities poured into towns ill-equipped to accommodate them.

Why There Are Words

The popular Sausalito reading series celebrates its fourth anniversary with a selection of attendees' favorite readers, including Glen David Gold (Sunnyside), Tom Barbash (Stay Up with Me), Molly Giles (All the Wrong Places), and Daniel Handler (a.k.a. Lemony Snicket). Admission is $10, with a cash bar available. More info here.