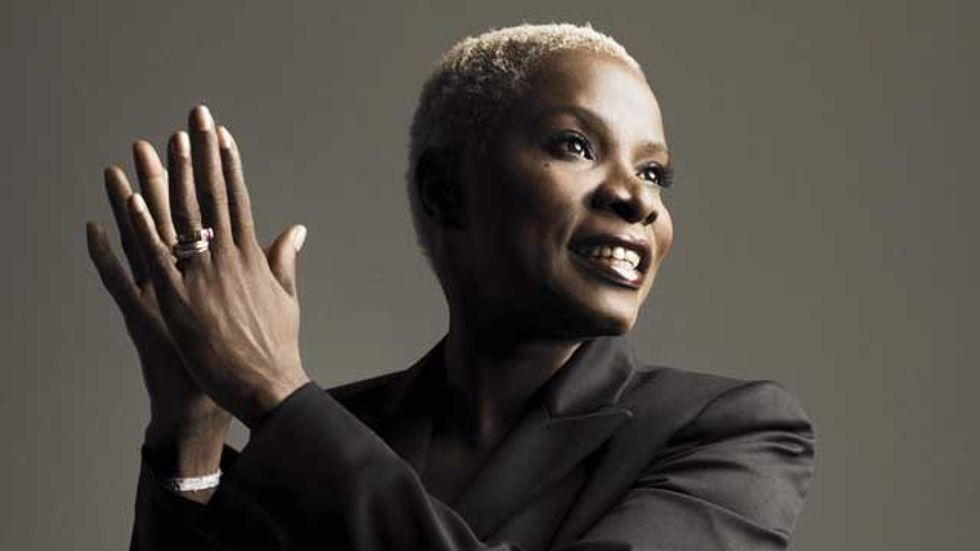 Kidjo, the West African singer-songwriter renowned for her fusion of tribal rhythm with jazz, Latin, and rumba, has released a new memoir, detailing her frightening escape from her home nation of Benin into France, where she rose from poverty to become a Grammy-winning musical legend. Her JCCSF event will feature both a conversation and musical performance, alongside West African street food from Chiefo's Kitchen, African-inspired clothes from Aline's Closet, and more. Tickets are $35.

Chen's debut novel is the story of Gretchen Lin, who leaves her studies and her difficult marriage in San Francisco to return home to Singapore, where her family is caught up in conflict over her father's artisanal soy-sauce business. With her father begging her to stay, her alcoholic mother pushing her to return to the States, and an intriguing love interest complicating matters further, Gretchen must decide whether to throw over her life and pursue her family's dreams, or return to the life she's made for herself in the U.S. (Bonus: The first 24 book purchasers at the event get a free bottle of Wan Ja Shan artisanal soy sauce.)

Nick Turse (Kill Anything That Moves: The Real American War in Vietnam)

The popular perception of Vietnam War atrocities like the My Lai massacre is that they were carried out by a few "bad apples," broken men given too much power. Turse's exhaustive history argues otherwise, providing compelling evidence that civilian casualties were part of the U.S.' strategy, with millions of innocents ending up wounded or killed. He examines the boot camps where soldiers were trained to hate the Vietnamese, a general obsessed with racking up body counts, and other war crimes-- including an investigation into the casualties that mysteriously stalled.

Jessica Alexander (Chasing Chaos: My Decade In and Out of Humanitarian Aid)

Bored with her marketing job, Alexander set out a decade ago to make a difference in the world, taking an internship in Rwanda just after it was ravaged by genocide. For the next decade, she bounced from Darfur refugee camps to Haitian earthquake recovery to the front lines of the 2004 Asian tsunami, attempting to bring order to the messy, frightening reality of the world's most dire places (and racking up fleeting romances, boozy parties, and more than a few moments of burnout as she went). Her book explores her journey from naive do-gooder to hardened cynic to optimistic realist, and her hopes for the future of humanitarian aid.