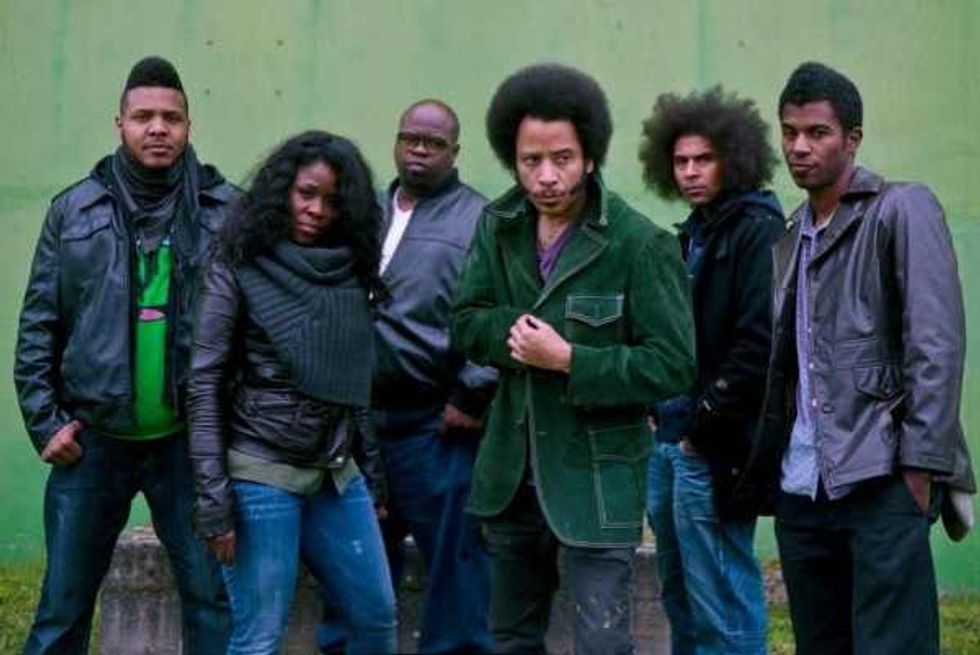 Seven Reasons You Should Be at Oakland Music Festival

This Saturday's Oakland Music Festival promises to be incomparable to anything that's ever happened in one of East Bay's most beloved cities.

OMF is the first of it's kind and will officially be born on September 21. Unlike California's Coachella, or even Outside Lands, this festival is totally representative of Oakland and honors the city's distinct cultural appeal via the musical expertise of 20+ acts. The movement's founders, Jacobo Juarez (aka DJ Hakabo) and Alfonso Dominguez (part of Oakland's family-owned Tamarindo Antojeria), finally get to see their brainchild in the natural after two years of relentless planning and organizing.

Organic. Diverse. Unrestrained. These are just a few of the qualities shared by the participants in OMF. The purpose of the event is to provide a platform for local up-and-coming acts whose rare talent hasn't received the exposure it deserves. The featured genres are indie rock, hip hop and electronica. More than half of the performers live in the East Bay while the greater Bay Area is home to the other one-third of the artists involved.

Oakland's gem, Tamarindo Antojeria, will invite the public to grab bites that call to attention their specialized Mexican cuisines. Also, Hawker Fare is expected to present the restaurant's applause-worthy rice bowls, and 510Burger, voters' choice for best food truck in Oakland, will be around to serve fresh finger foods. Chop Bar and Haddon Hill Cafe are other local eats worth checking out that day.

In addition to delicious food, there'll be top notch beer, wine, and liquor. Line 51 and Ale Industries are among the vendors who've been chosen to serve guests. Representatives of Trumer Pils and Dos Esquis will be in the mix as well.

What better place to host the Oakland Music Festival than the Uptown District, also known as the cultural pulse of Downtown Oakland? Throughout the day, there'll be one indoor stage for acts at the New Parish, one of the area's most vital musical hubs. The other stage will be outside between 19th and Jefferson streets. If you're still not sure of the whereabouts, just follow the music and you won't be able to miss it.

Clearly, the fun at this event doesn't have an expiration date. If you still have a voice after screaming over the music and your feet are still in tact after all that dancing, there's an after-party at the New Parish hosted by The People and special guests.

So, fast forward to the year 2063. Imagine telling your grandkids what it was like to witness the first OMF ever when human bands and disc jockeys still existed. Before micro-chips that feature soulless hip-hop, synthesizers, auto-tuned voices and remixes of re-makes are implanted into our skulls. Before good food and drink were replaced with color-coded pills. Your children's children will understand that you knew what it was like to really live once upon a time. And you'll die happy, knowing that it all happened in Oakland.