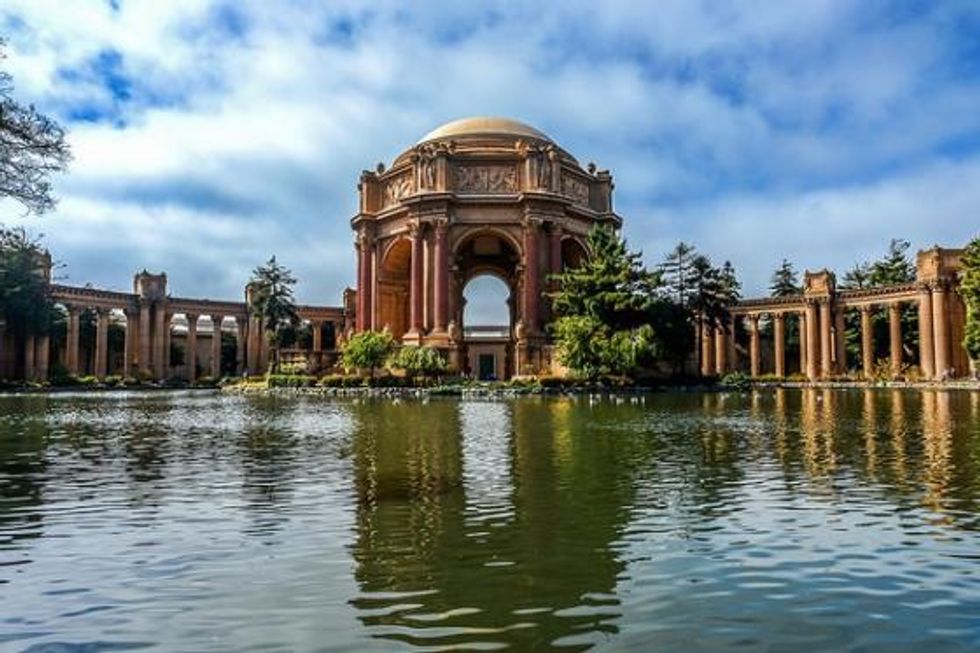 Should the Palace of Fine Arts Become a Hotel? Change.org Petition Says No Way

The Palace of Fine Arts is one of San Francisco’s most iconic public buildings, and some folks are none too happy about potential plans to turn the cultural landmark into a luxury boutique hotel.

Back in December 2014, Rec and Park issued a press release announcing a request for proposals for what general manager Phil Ginsburg called "a unique business opportunity" for private businesses to pitch creative takeovers of the 140,000 square-foot structure. As of last week, the city has accepted three proposals for the fomer Exploratorium space: two would transform the building into a hotel, and one suggests opening a museum and restaurant.

In response, a petition on Change.org has popped up urging the commission to preserve the Palace as a "multi-cultural arts/education center":

The San Francisco Recreation and Parks Commission has currently accepted three development plans for the San Francisco icon the Palace of Fine Arts. Two involve remaking the old Exploratorium site into a luxury hotel with small nods to the arts, and the third involves creating a high end restaurant with "museum." None of those proposals preserve the site as the important cultural/educational center San Franciscans have known it to be, nor do they keep it a community space that is open and available to ALL people. Once again, our officials are preparing to sell out from under us another piece of San Fransisco heritage, a heritage that belongs solely to the citizens of this City and to those who share a love for it. We demand that the Palace of Fine Arts be developed ONLY as a cultural/educational center.

As of this afternoon, the petition only needs 800 more signatures to reach its goal of 15,000 supporters, and hundreds have taken to Twitter and the comments section on Change.org to relay their support.

The groups putting forth the ideas—which includes TMG Partners and Flynn Properties, Equity Community Builders, and San Francisco Museum at the Palace Consortium—have until May of 2016 to submit fully formed proposals about how to put their plans into action.