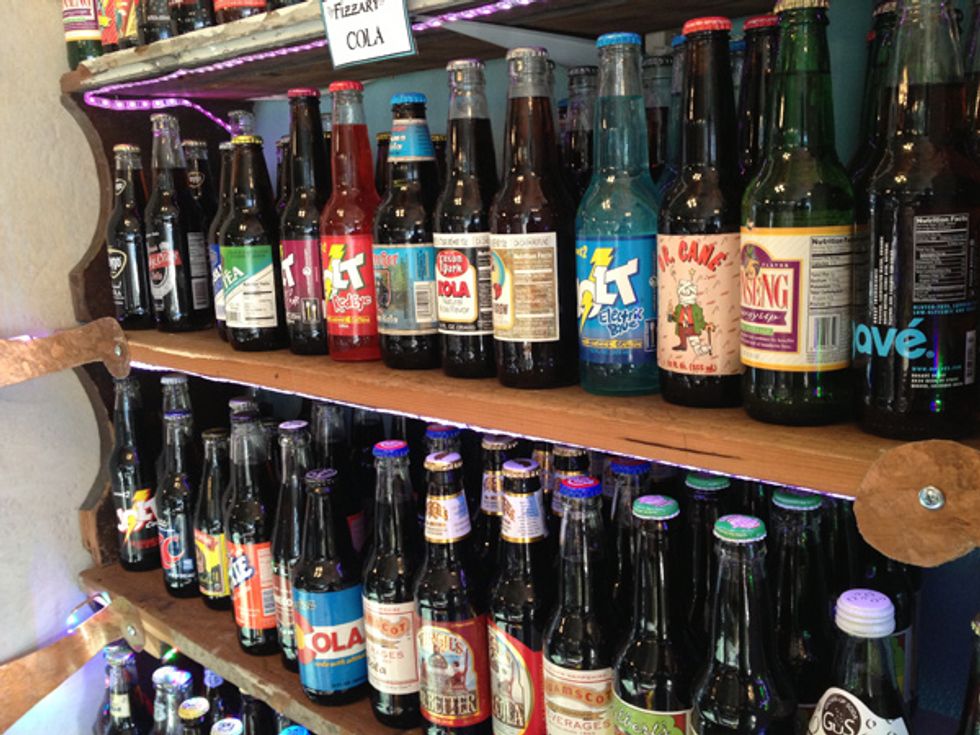 Six Specialty Beverage Stores You Should Know About

Where do you go if you need to find cardamom bitters, a rare rye whiskey, or some sarsaparilla soda from the Philippines? We know just the places.

San Francisco is a haven for cocktail geeks, beer geeks, and wine geeks alike, and given the city's penchant for attracting connoisseurs, it stands to reason that we should have some of the best specialty retailers in beverage realm to feed all that connoisseurship.

Below, six of our favorite go-to spots for various drinking specialties.

Biondivino - This wine shop in Russian Hill, owned and operated by Ceri Smith (who's also moonlighting at Tosca's wine director these days), specializes primarily in Italian wine, but also you'll find a selection of German Rieslings, and some rare rustic Georgian wines as well. When she's there, Smith is always happy to share bottles she's passionate about, and she knows Italy backwards and forwards, from Lambruscos to Friulianos to Mt. Etna reds. 1415 Green Street

Cask -  Cask is the go-to spot for bartenders around town, both the professional and hobbyist types. It's where you'll have to go if you're looking for a wide selection of bitters in every flavor, unusual liqueurs from around the world, and an excellent array of fine whiskeys. They're also happy to order stuff for you, and there's a small selection of wine, vermouth, and aperitifs as well. The owners, the Future Bars group that also owns Bourbon & Branch, are planning to expand as well, with a big new Rincon Center shop, and another in Oakland. 17 Third Street at Market

City Beer Store - Many of you are probably already familiar with this seven-year-old SoMa spot, which is both a retail outlet for craft beer and a full-time beer bar.  Beer geeks know to come here for unusual sour beers from Belgium, a wide selection of German and Dutch brews, and a huge array of domestic craft beer with a focus on California. 1168 Folsom Street at 8th

The Fizzary - Did you know that there's a store in the Mission devoted entirely to sodas? From artisanal, vaguely healthy stuff to weird regional specialties like Cheerwine, you'll find it here, as well as a big selection of root beers, ginger ales and beers, and international sodas and mixers. Think Ume plum soda from Japan and Hero Bitter Lemon from the Netherlands. And, it should be noted, the folks behind the store also make Taylor's Tonics.  See their full catalog here. 2949 Mission Street at 25th

Healthy Spirits - Who knew that this unassuming little corner market, which also sells some groceries and fresh-made hummus, was a whiskey and beer specialty shop? Well, we did. And whether you're looking for some great bourbon to bring to a party or some unusual foreign and domestic craft beers, this is your spot, now in two locations. 2299 15th Street (at Castro) & 1042 Clement Street

Terroir - One of the city's best wine shops also doubles as a popular wine bar, serving mostly European bottles and focusing on natural and organic winemaking techniques. You'll pay a pretty penny for some of the glasses on their menu, from uncommon French sparklers to dark Italian reds, but you'll also be tasting stuff you won't likely see anywhere else. It's the kind of place sommeliers hang out to try something new. 1116 Folsom Street at 7th