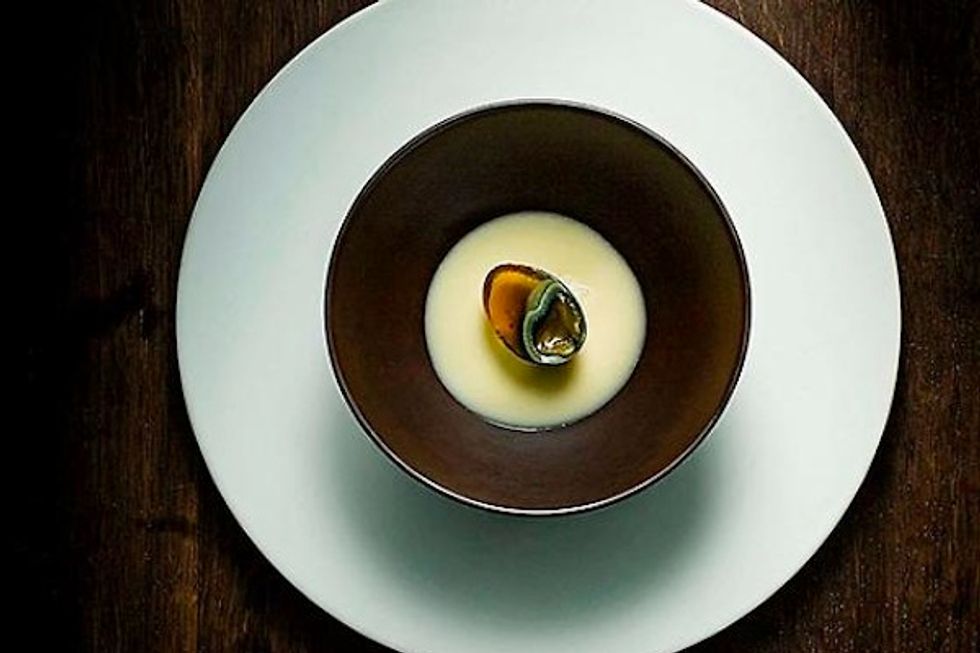 Corey Lee, chef and owner of three-Michelin-Star gem Benu, will release his debut book next month. Simply titled Benu, the effort will give readers an insider look into Lee's recipes and shed light on the inspiration behind one of the world's most renowned restaurants.

While detailing his 33-course menu, Lee shares the nuts and bolts of the ingredients and techninque of each dish but also deepends the experience with a behind-the-scenes narration of the process while diners eagerly await their dishes. The work also features crips images and essays by Lee himself,detailing the cultural influences that go into his cooking (ranging from Korea to Hong Kong to San Francisco), making this an excellent read for any gastronome.

Witha forward by Thomas Keller (Lee's mentor) and David Chang (who has called Benu "the best restaurant in the United States"), this peek behind the curtain of the restaurant world's elite is not to be missed.

Benu will be released on April 21. Pre-order your cookbook today.