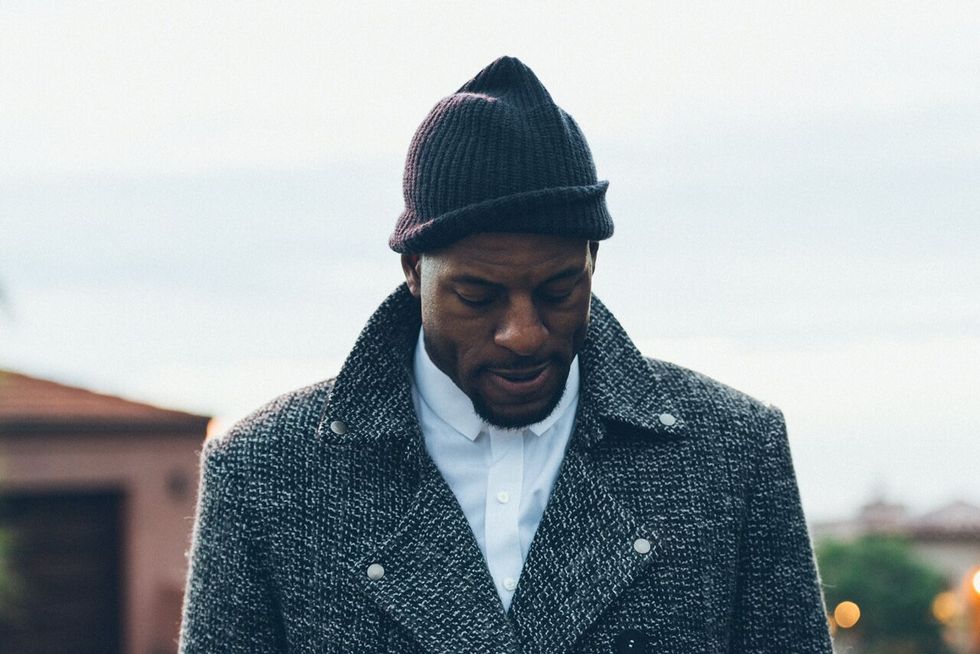 Andre Iguodala needs no introduction. The NBA All-Star and Golden State Warriors shooting guard slam-dunked his way into basketball history this June when he defended the basket against the Cleveland Cavaliers in the NBA championship to bring home the trophy. And he made Lebron James cry.

Among his other fashion icons, Iguodala names his mother, who also had a sizable shoe collection and taught him to "know when to dress up and represent yourself."

But when asked about his own famous shoe collection (rumored to include more than 400 pairs of sneakers), Iguodala hesitates to reveal just how large it has become. "I have no clue how many I have," he laughs. "But I will say that it's hard to find shoes in my size." (He did admit that he owns more than a few collectable Air Jordan 6s.)

Now, Iguodala has taken his fashion cred to the next level. He was recently named menswear style director at Twice, the innovative e-commerce platform that sells secondhand luxury items online. He will help curate collections (some featuring his own clothes) and create original lookbooks.

The 6-foot 8-inch-tall athlete was also spotted stretching his legs in the front row at Men's Fashion Week in New York this month, and with the way things are going, it might not be long before the basketball legend comes out with his own line of must-have sneakers.

Always strive to stay true to yourself. You could be the kid rocking a sports coat in middle school, but if that's your personality, then play it up.

I have this purple Ralph Lauren blazer with an equestrian strap that even my stylist thinks I wear too much. But I love it.

The golf course, and Plum Bar for a burger

I won a gold medal in the 2012 Olympics in London.

A Picturesque Look at Life in the #7x7BayArea