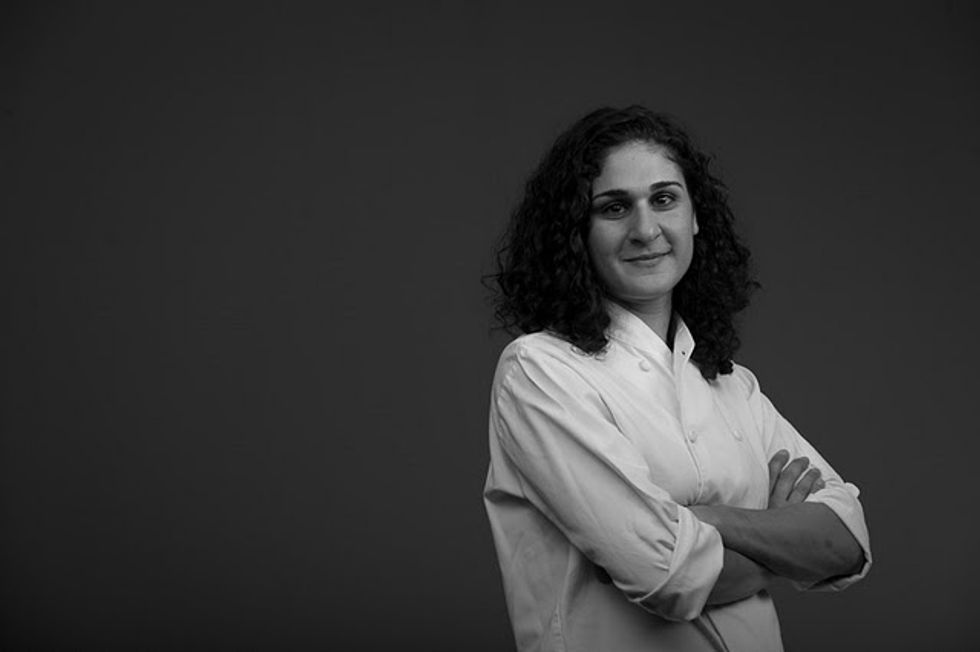 Though it's still a few weeks out, I want to make sure you all have the opportunity to snag a seat at the next Tartine Afterhours dinner, scheduled for September 29. About once a month, Samin Nosrat (a former cook at Eccolo, she now caters, is cofounder of Oakland's Pop-Up General Store and contributes to the Atlantic's food channel) partners with Tartine Bakery to prepare a three-course family-style meal—for $35 bucks.

Guests are packed cheek to jowl in the small, lively space. When I went last month, a duo played music in the corner, including several accordion renditions of Michael Jackson songs (!). Then there was the food—pimiento cheese on lengths of celery; benne wafers; warm cornbread with honey butter; a salad with cukes, sungold tomatoes, Little Gem lettuce and Green Goddess dressing and the main event—a low-country inspired dish of Louisiana shrimp, corn, okra, beans, potatoes and andouille sausage, with bowls of aïoli alongside. The platters were bountiful and were passed among new friends.

Following dinner, each table received a quart of cream cheese ice cream and an entire peach pie to divy up, just icing on the proverbial cake. While the menu changes for each Afterhours dinner, the price (and the quality) remains the same. Honest, delicious food for $35! You want in on this action. Samin announces future dates on her website and via her Twitter stream—check in frequently and RSVP quickly when you see the next Afterhours posted.