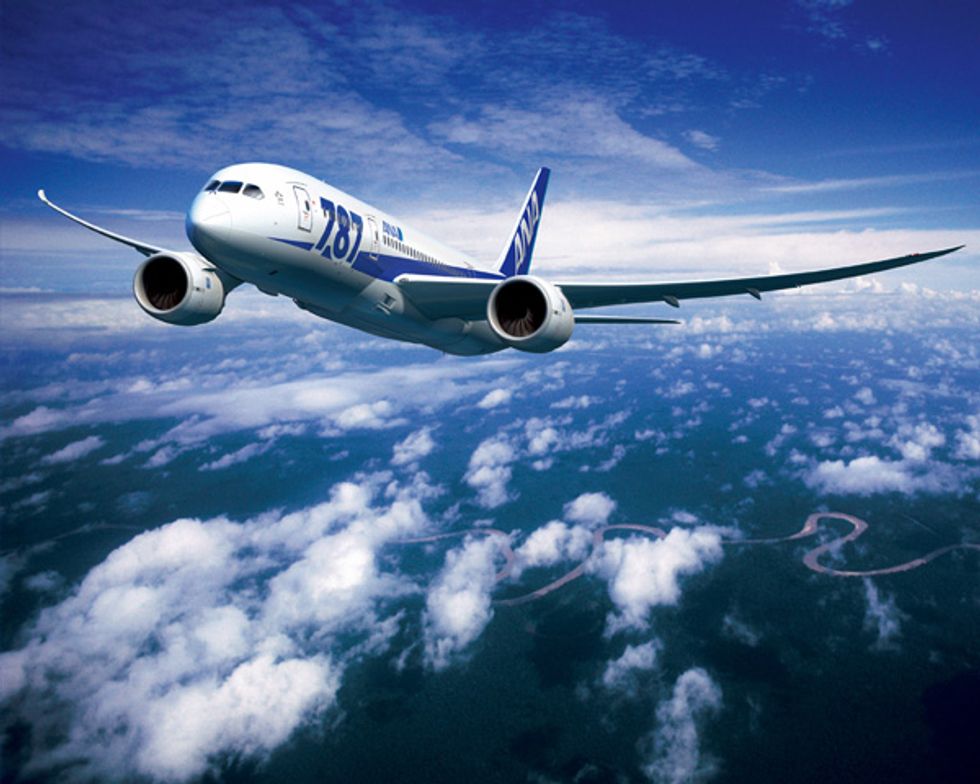 The 787 Dreamliner Ups the Ante of Airline Travel

When was the last time you actually looked forward to your flight? If you’ve taken a trip within the past decade, the answer is probably never. But the 787 Dreamliner will change your mind.

All Nippon Airways (ANA) is the largest operator of the state of the art Boeing 787 Dreamliner and re-launched service between San Jose and Tokyo at the beginning of the summer. I was fortunate to fly the long haul route and I’ll say it simply: you need to fly on this plane. The experience transformed my belief that a flight could actually be enjoyable (and, dare I say, awesome).

The Dreamliner has been plagued with undesirable news (faulty wiring, burning batteries, and fuel leaks) more than a few times since it first launched in 2011. However, the problems have been addressed, fixed, and redesigned, and as of April 2013, the FAA gave 787 flights the green light across the globe.

More than a few things distinguish the Dreamliner from every commercial flight you’ve known:

The 787 aircraft was designed to be the most fuel-efficient jet ever (20% more so than other long-range, wide-body airplanes) and can travel around 8,000 miles non-stop (about 21% farther than previous generation aircraft like the 767). It’s also the world’s first plane to use composite materials (which makes it stronger, lighter, and potentially less expensive). Its flight system is primarily electrical, it has a four-panel windshield, it received a smoother nose job, and the engines are a lot less noisy.

The first change you’ll notice about the interior is how spacious it feels. The plane has cathedral-like ceilings, the windows are massive  (seemingly double or triple the size of a normal airline window) and gone are the archaic shades. Instead, the windows use a smart glass that has five levels of adjustable dimming (so futuristic!). Even the toilet has a window, so you can enjoy the view while you take care of business.

The air in the cabin is set at a higher humidity (my nose and throat felt noticeably less dry) and the A/C uses a gaseous filtration system to remove gross smells and harmful bacteria and viruses. Your feet swell less too. Every seat in business class is staggered for ultimate privacy and has aisle access, while the economy cabin enjoys extra large bins for carryons and a pivoting seat that won’t disturb the neighbor behind you.

Another incredible upgrade is the option for ramen onboard. ANA smartly partnered with Ippudo, the popular Japanese chain that has reaped a global legion of followers (Zagat NYC gives Ippudo top ranks in its noodle category). Besides slurping up its complex broth on board, the international and Japanese options are a far above the nasty airplane food you’re used to (and the three glasses of Iwakikotobuki Junmai sake I sampled tasted delish).

The one room for improvement falls within the entertainment system. Compared to every other futuristic amenity within the plane (from an airline based in one of the most high-tech countries in the world), the media console feels more like a 1985 Sega Master System with regards to its interface and movie selection, meaning it’s decent but would have been incredibly futuristic…in another era. Also – no WiFi onboard.

Don’t think the Dreamliner is reserved for the rich and famous. You, too, can fly the ultramodern 787. Starting in May 2014, Norwegian Air begins non-stop, low cost flights from Oakland to Stockholm and Oslo and fares start at a remarkable $236 one way. At the end of August, United launched a direct flight from SFO to Chengdu (China’s fourth largest city) and Japan Airlines launched SFO-Tokyo on September 1. ANA has now upped its 787 San Jose – Tokyo service (the first nonstop overseas international flight SJC has had in years) to seven days a week.