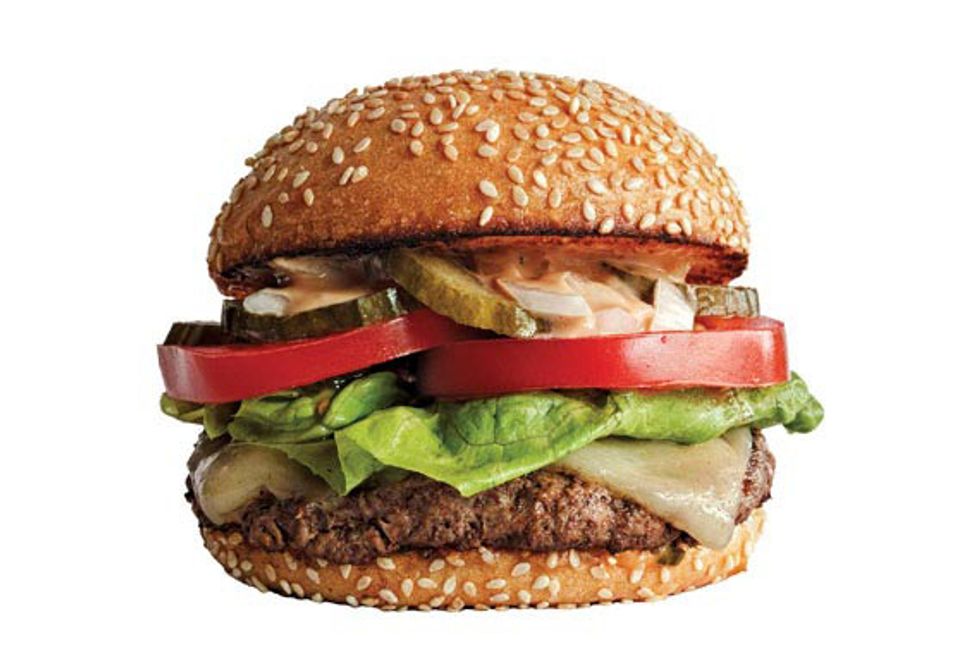 The Battle of the Marina Burger Joints

With Roam, Umami, and Super Duper slinging patties within blocks of each other in the Marina-Cow Hollow megahood, the city’s gourmet burger ghetto is officially defined. We took one comparable burger from each and sized them up.

The buzz: Roam’s self-deemed "pasture-to-plate" burgers were named among Bon Appétit’s top 10 burgers in 2010 well before Umami and Super Duper Burger arrived on the scene. Look for Roam to expand its presence soon.

The bun: House-made, Portuguese-style bun sweetened with milk and honey.

The buzz: When the LA chain—bequeathed GQ's "Burger of the Year" in 2010—opened its first and only Nor Cal branch, hour-long waits ensued. The key to their success? Burgers loaded with ingredients— including caramelized onions and Parmesan—rich in the fifth flavor.

The bun: Custom-made by La Boulange and sprinkled with sesame seeds, it’s strong enough to hold up to the juiciness of the meat.

The sauce: A mix of mayo, ketchup, mustard, a bit  of brandy, and pickles.

The buzz: “Fast-food burgers with slow-food values” is the slogan here, which translates to an old-school ratio of fixings à la In-N-Out. The third location from this SF-based minichain is headed to the Metreon in SF and Mill Valley next.