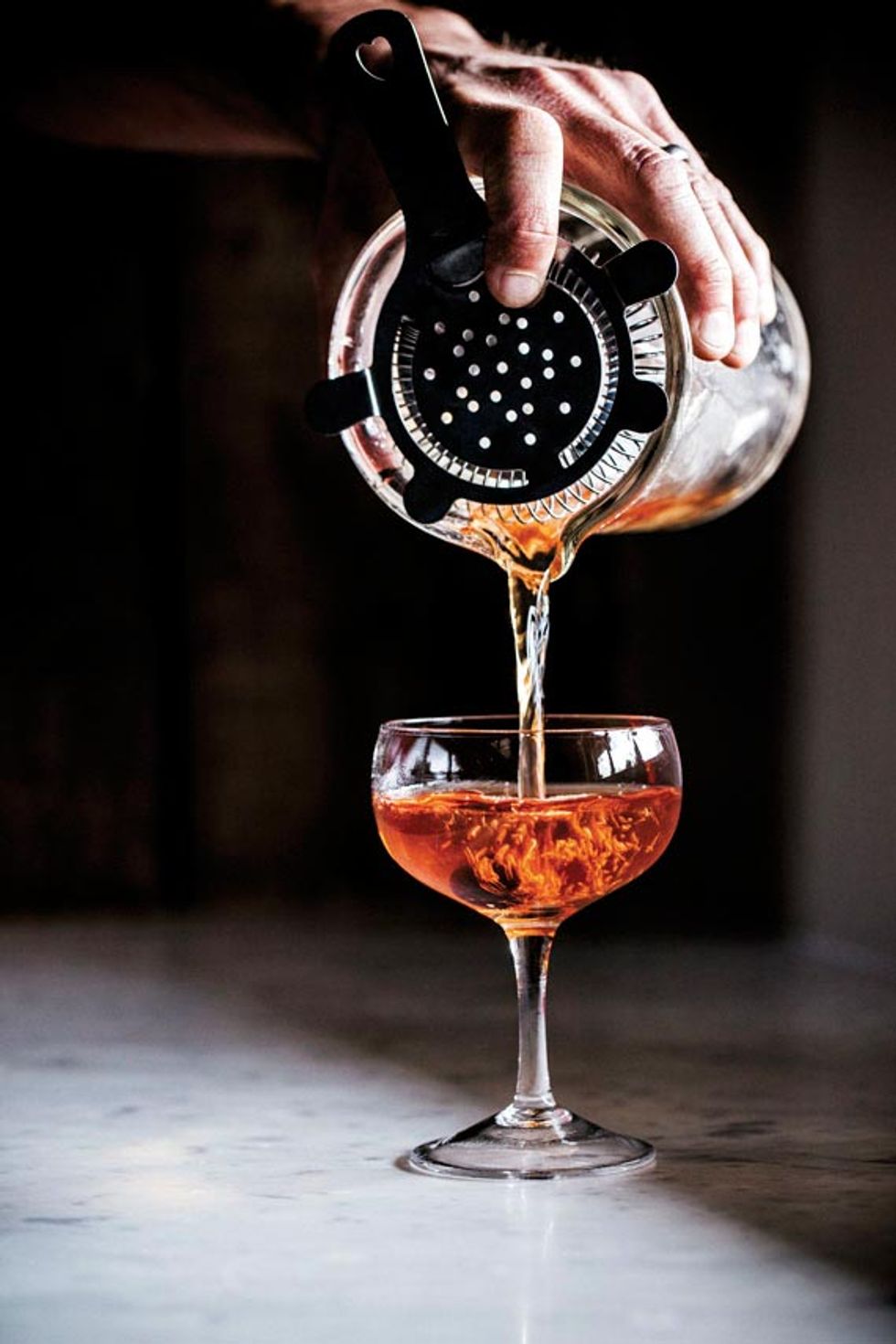 The Best Bay Area Drinking of 2013

We present to you our favorite Bay Area gems in the libations department.

WHISKEY BAR:Hard Water
Say what you will about Charles Phan’s restaurants, but never claim that they don’t have great cocktail programs. Barman par excellence Erik Adkins at Hard Water has created some fun and well-balanced spins on New Orleans classics, such as the Cocktail a la Louisiane and a mint julep, for this Pier 3 spinoff of Slanted Door.


HIGH CLASS  COCKTAILS:Saison
Arguably the best restaurant in SF, Saison had a lag in getting its liquor license, but the wait was worth it. Served in luxe glassware, look for truly singular creations that make use of the kitchen hearth, such as the No. 7, featuring bourbon infused with popcorn grilled over the embers, and the No. 5 with smoked pineapple.

THE NEW NOG: Clarified Milk Punches
Normally a Christmas accompaniment, these creamy cocktails are making a play for all-season status with a little culinary magic from bartenders straining out the milk solids to create drinks with a faint hint  of cream, minus the  milk moustache. Find vodka- and bourbon-based options at 15  Romolo (North Beach) and Spoonbar (Healdsburg), respectively. Trick Dog  (Mission)  has a terrific bottled version with tangy buttermilk.

USE OF SQUARE FOOTAGE:Big
Bar manager Brian  Felley has assembled a team of crack cocktail folks at Big to make this eccentric, cozy spot the littlest, greatest bar in  the ’hood. Using your choice of spirit, seasonal fruit, bitters, and odd additions such as  amaros and uncommon liqueurs, Felley takes the pretense out of artisan drink-making without forgoing complexity. Get in before June 15, when Big moves to a new address (TBA at press time).

NOVELTY: Boozy SnowCones
Just in time for summer, barman Reza Esmaili and Stag Dining Group’s traveling saloon Derby Cocktail have rolled some super fun and easy-sipping snowcone cocktails at Off the Grid (Marina) every Friday. Our favorite: the Brown Derby,  made with bourbon, grapefruit, and honey.

THROWBACK: Easy Highballs
Craft cocktail-ians have lost touch with the simple genius of the highball (i.e. one spirit and one mixer). Enter some stellar gin-and-tonic variations at Brasserie S&P (FiDi, the Aquavit and Cel-Ray at Trick Dog, and the great pint-glass drinks  at Hi Lo (Mission). All can be made way quicker than a mojito.

MIXOLOGY MASTER IN AN UNLIKELY VENUE: Brent Butler, West of Pecos
The New Mexican flair of West of Pecos only really demands half-decent margaritas, but Butler consistently kicks things up a notch with ingredients such as sherry, chartreuse, and homemade tinctures.

SPIRIT:Anchor Distilling’s Hophead Vodka
We’re dubbing this  the non-gin for the vodka set. It’s technically a neutral grain spirit, but it’s in fact closer to gin or genever than vodka, with a distinct hoppiness and faint rye and grassy notes that make it great for mixing. Try it in the shandy-like Doc Hopper at Absinthe (Hayes Valley).