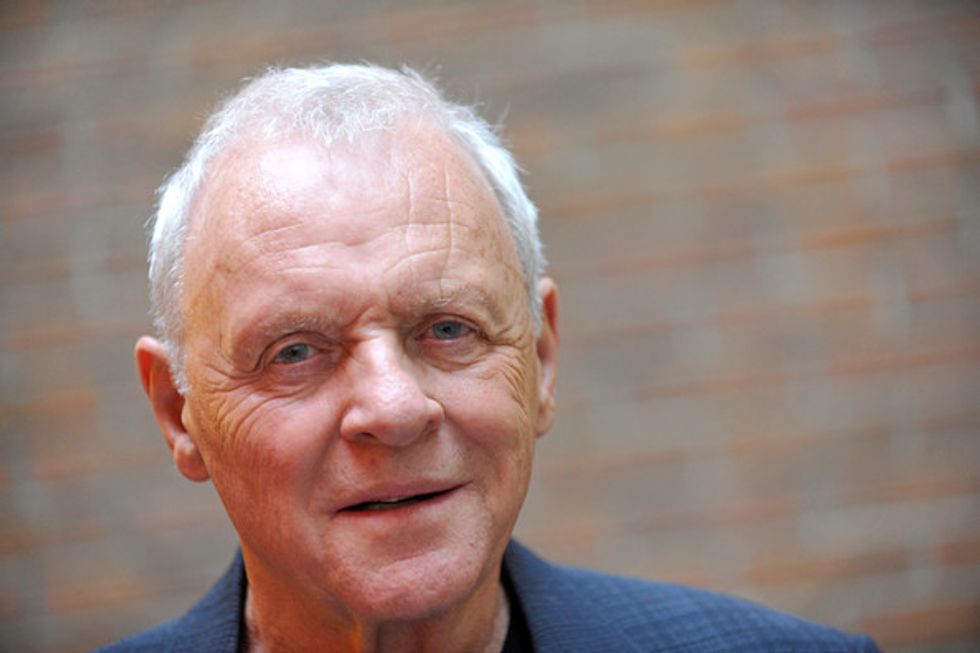 Sir Anthony Hopkins didn’t want to star in a “spinning heads” movie, much less slip into another creepy villain role so soon after last year’s The Wolfman. It was only after director Mikael Håfström, best known for the haunted-hotel thriller 1408, convinced Hopkins that he wasn’t trying to remake The Exorcist that Sir Anthony agreed to play Father Lucas, a mercurial man of the cloth, in The Rite, which opens Friday.

It’s hardly a decision he regrets. Hopkins, 73, relished the ambivalence so evident in his rogue priest, who has performed thousands of exorcisms but still struggles with theological misgivings, which he passes on to a young seminary student played by Colin O’Donoghue. It is those doubts that made Lucas seem human to Hopkins, who is wary of anyone who claims to know “the truth.”

“Is there such a thing as anthropomorphic presence of the devil or is it mental disturbance?” he asks. “That’s the debate that’s in film and probably in the world. Because nobody knows, it gives a semblance of humanity to someone who says they don’t know.

“The truth? Look at the trouble that got us into over the last thousand years. Hitler knew the truth. So did Stalin. So did Torquemada. They all knew the truth, and that caused such horror. Certainty is the enemy. It’s like anyone saying, ‘The debate is over.’ Who says it’s over? Human beings? We know nothing.”

Whether exorcism is legitimate, and whether God exists, isn’t his place to say, says Hopkins. To do so, he believes, would be to dishonor the sacrifices of those who died for their religious beliefs, whatever they might have been.

One thing Hopkins does know, and doesn’t hesitate to admit, is how to frighten people. He playfully insists that he doesn’t scare his wife – on the contrary, she scares him, he claims – but playing Father Lucas, or even Hannibal Lecter, boils down to using his natural gift for intimidation in the service of the human wish to feel vicarious fear.

“We all flirt with chaos,” he says. “We go to a darkened movie theater to give ourselves a good scare. It’s like if you’re an alcoholic or a drug addict – we flirt with death. We pull ourselves toward the brink of destruction, and if we’re lucky, we pull ourselves back.

“We all have that within us. But that’s all I know.” As for scaring people? “It’s only a look. You deaden the eyes. It’s a trick. But I know it scares because I can sense inside what it does.”