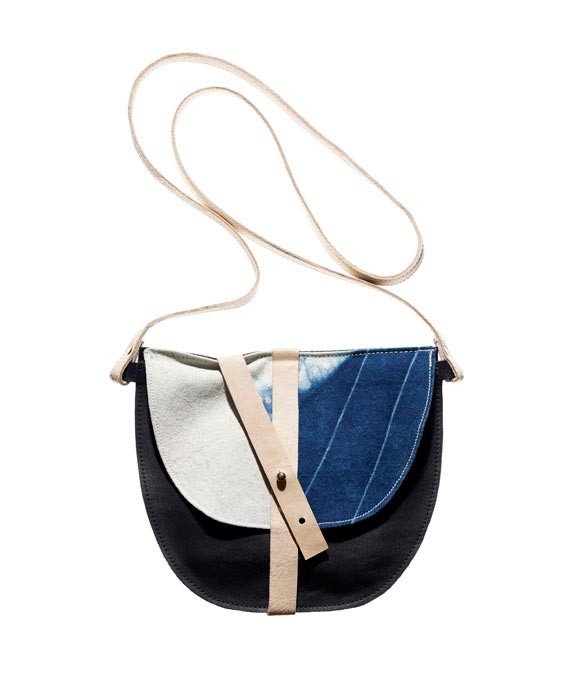 Previous Next
The bomaki crossbody bag by Job & Boss 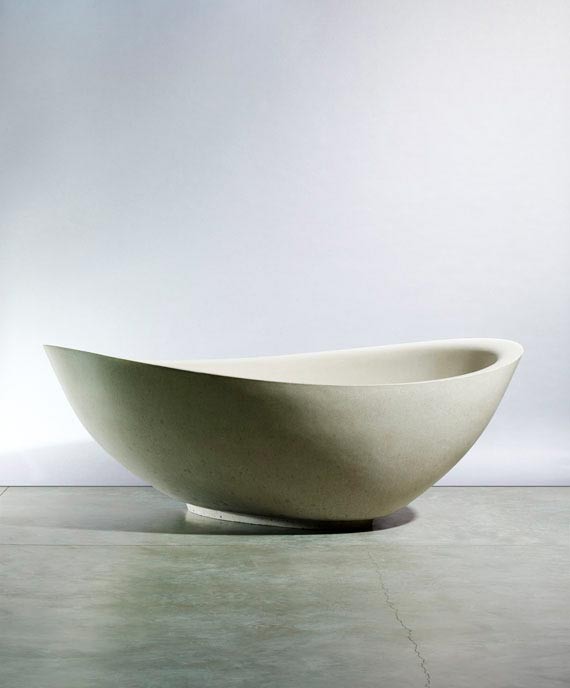 Previous Next
The concrete Cypress tub, built for two, by Concreteworks 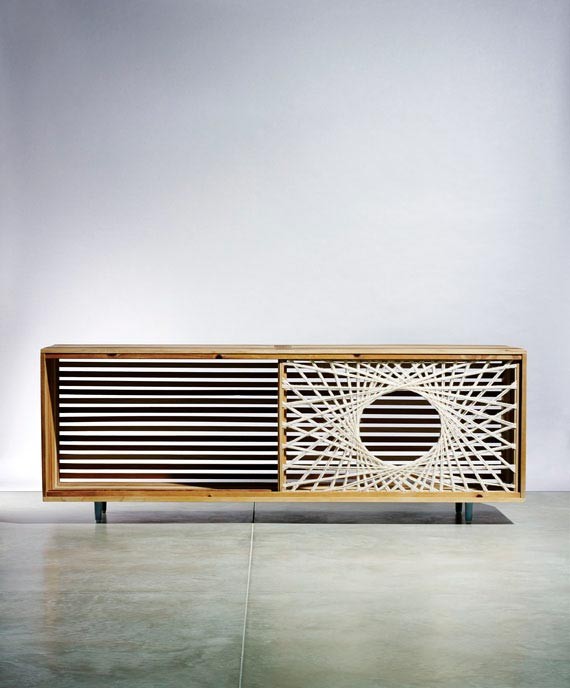 Previous Next
The One Eye Open credenza by PersonProductPlace 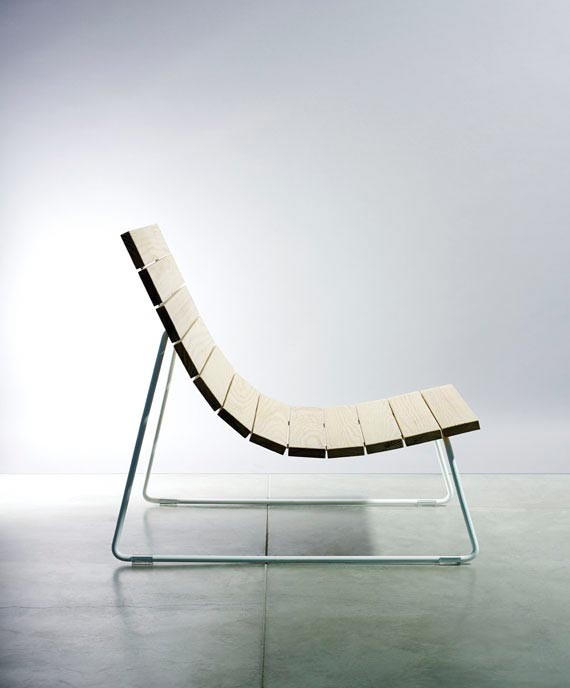 Previous Next
The Plank Lounge by Pfeiffer Lab 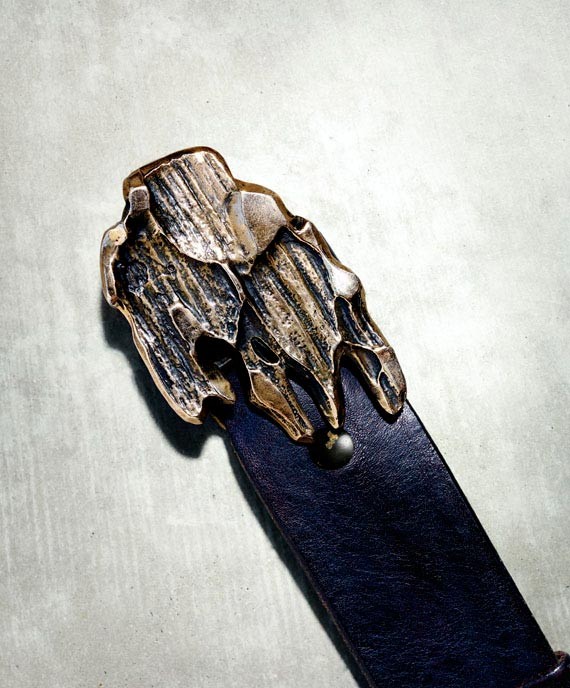 Previous Next
The Eastman belt by Basil Racuk 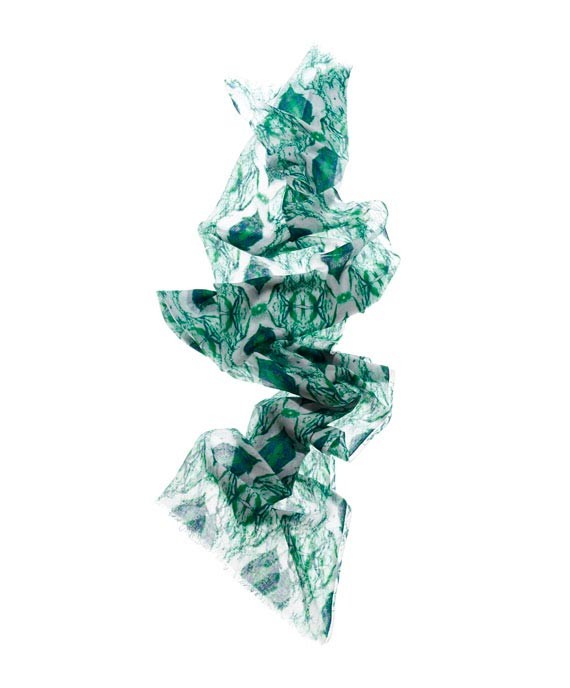 Previous Next
The hazel Eye Scarf, by Stevie Howell 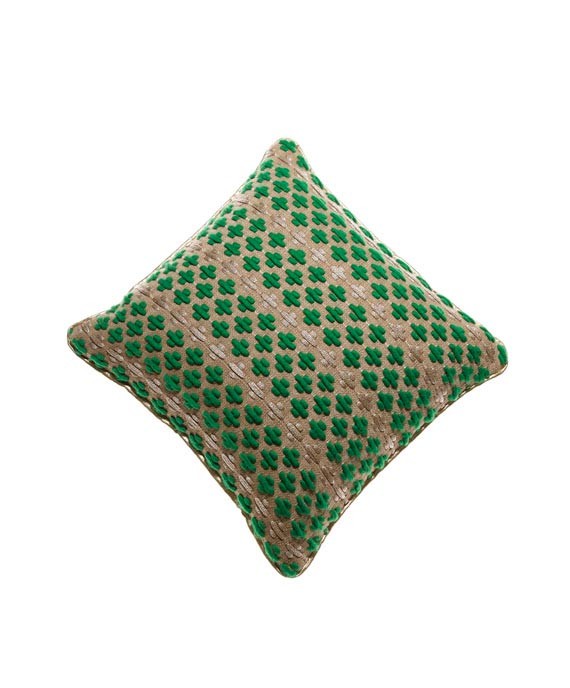 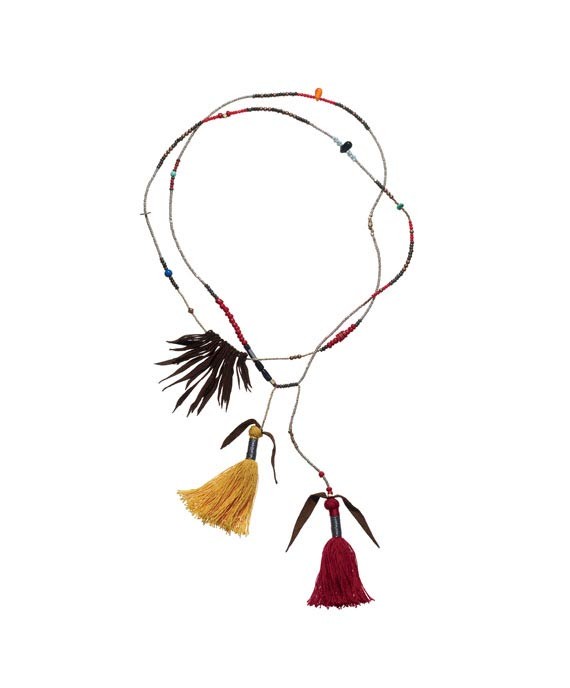 Previous Next
The Gibson necklace, by Ariel Clute

Eight designers, one inspiration: the collaborative, entrepreneurial spirit of the community in which they work. Here are some of the best designs cropping up on the east side.

SOLID OAK
Eric Pfeiffer, who founded Pfeiffer Lab in Oakland in 2005, cites the East Bay capital’s burgeoning restaurant scene as proof of its hot spot status: “There is great energy all around us,” he says. The backdrop of redwood forests and the San Francisco Bay inspire Pfeiffer’s organic forms, such as this powder-coated steel and perennial wood Plank lounge, which is manufactured in SF.  // $875 at Council (Potrero Hill)

FRINGE BENEFIT
From her home studio on Woolsey Street at the intersection of Berkeley and Oakland, Ariel Clute composes her one-of-a-kind jewelry, including this short Gibson necklace, from strips of leather, handmade tassels, pom-poms, seed beads, metals, and stones collected from shops and flea markets over the years. Her year-old business gets a shot of creative juice from Clute’s work teaching printmaking at Creative Growth Art Center, an environment near Lake Merritt that Clute says informs her “tactile and sculptural forms.” // $260 at Erica Tanov (Pacific Heights)

TRIPPY HIPPIE
A San Francisco native, textile designer Stevie Howell moved to West Oakland after a stint in New York City to start her business—in part for the sense of community and in part for the idiosyncrasies that inspired the psychedelic prints in her Fall 2013 debut collection of scarves, including her Hazel Eye scarf made of 100 percent modal. From her Emeryville studio, Howell says, “Inspiration is abundant in the grit and patina of deserted buildings, the tough blackberry brambles that grow out of parking lots, and the hilariously weird graffiti about avocados and pirates  on San Pablo.” // $300 at Carrots (Jackson Square)

PRECIOUS STONE
“We’ve been in Oakland for over 20 years and have watched its transformation from scrappy underdog to creative community force,” says Mark Rogero, owner of Concreteworks, which employs 80 percent recycled materials in its concrete fixtures for both residential and commercial design projects. This concrete Cypress tub is built for two and is available to order in custom colors and finishes. // $12,500; Concreteworks (Southeast Oakland)

LEATHER GOOD
“Oakland is still the new frontier,” says design pioneer Basil Racuk, who launched his eponymous label in 2008 and credits the city’s “urbane and homespun” spirit for influencing his utilitarian-chic bags and accessories. All of Racuk’s leather goods are handmade in his appointment-only West Oakland studio, including this Eastman belt with a Jeffrey pine bronze buckle.  // $458; Basil Racuk (West Oakland)

POINT ACROSS
Sleek Céline style meets a weekend at Outside Lands in this hand-dyed cotton canvas and leather Bomaki crossbody bag from the Shibori Special Edition collection of Job & Boss. Founded by Kirby McKenzie and Brook Sheridan Lane in 2011, the company designs and manufactures all of its bags and scarves inside its West Oakland studio. “There’s a strong entrepreneurial spirit here, coupled with a willingness to share resources,” McKenzie says. “There are great possibilities for collaborations between independent designers.”  // $140 at Esqueleto  (Temescal)

PILLOW TALK
Erica Tanov has long been at the forefront of Oakland’s design movement, having launched her women’s wear brand back in 1990. This season, Tanov branched out with her first home collection, including this Tortue de Mer hand-loomed pillow with gold leather trim, which is manufactured in the Bay Area. Oaktown pride is at the heart of Tanov’s work: “Living in close proximity to so many talented artists is extremely important  to me,” she says. // $285;  Erica Tanov (multiple locations)