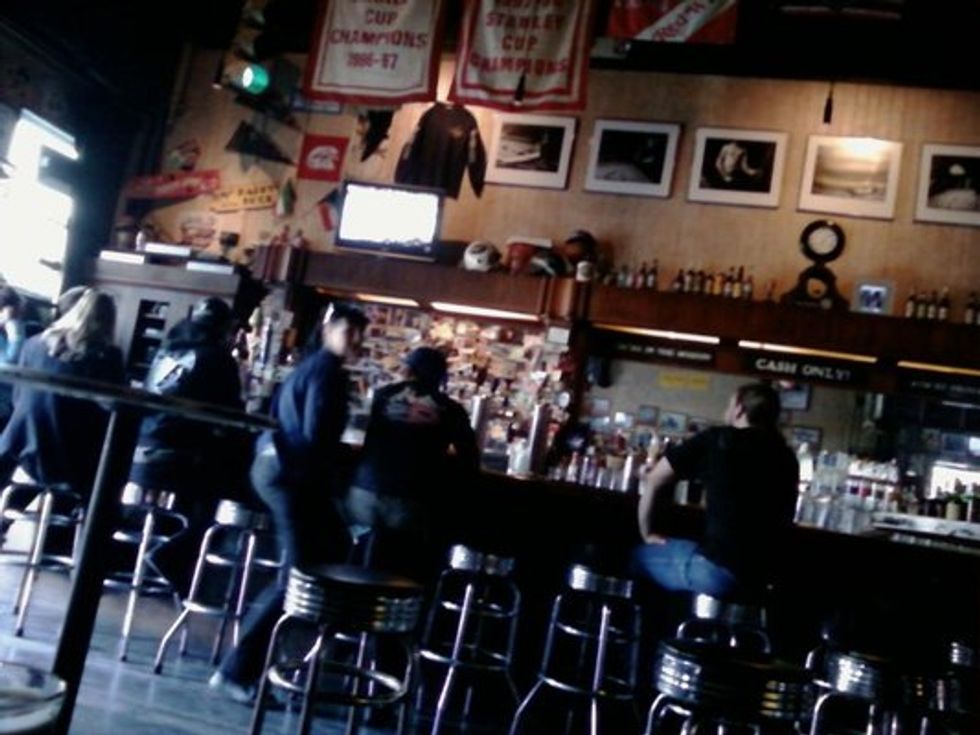 Anthony used to call Kilowatt “Kil-a-game” because we never met any girls there. We were both single and in our mid-20s and thought bars would be the answer to the question of “Where can we meet women?” Apparently the answer we found was “Not Kilowatt” even though neither of us really met many girls at any other bars we went to. Anthony doesn’t drink, which people in bars find unnerving, and most people's initial impression of me is “He’s kinda charming but really fucking intense. He never stops talking!” Needless to say, we spent way more time riffing to each other about music than talking to girls.

But that never stopped us from going to Kilowatt. Back before everyone started getting married, and having kids, and careers, and doing other grownup shit, we were all Weeknighters. The Mission had become a post-collegiate mecca for hyper-educated hip kids who liked dive bars, cheap eateries, and cheap rent. If we weren’t at some warehouse party or a friend’s art show or nestling in amongst someone’s couch guy to tell wild stories over beer, we were making the rounds at Mission dive bars. Adventures were shared on each other’s Myspace pages and more often than not, many of those escapades crossed through the threshold of Kilowatt.

Opened in 1994 in an old firehouse on 16th St. near Valencia, Kilowatt was originally a venue for punk and indie shows. There’s evidence of this all over the walls in the way of old show posters and photos. The music only lasted three years though and Kilowatt has been a quintessential Mission dive ever since. Dogs scurry through patrons’ legs and around barstools, while their owners pound incredibly cheap drinks. A few dartboards are set up where the venue’s stage was and habitual pool players circle the tables like hawks searching for prey. The jukebox screams nothing but metal and punk and a sign above the bar says something like “You’re in The Mission. Cash Only!” While this kind of environment seemed par for course when I moved to the Mission in 2004, Kilowatt is almost like a time capsule of what Mission bars were like a decade ago.

Kilowatt is more than just a hesher and hipster hangout though. It’s also got an incredibly devoted regular clientele, especially during game days, and even more especially when the Red Wings are playing. While the Watt shows all kinds of games and is a great place to watch SF teams, it is without a doubt the unchallenged Detroit Red Wings bar. I don’t give a fuck about hockey, or really most sports for that matter, but if I did, Kilowatt would be the place I’d go to celebrates wins and mourn losses. I guess in a more poetic way, that’s what all good bars are for, celebrating life’s victories and mourning its defeats.

The last time I went to Kilowatt was the night I met Liz. We were all at the opening party for Emperor Norton’s Boozeland and it was her birthday. Liz wanted to know who was down to go to Kilowatt, “I spent my 21st birthday there and I feel like I owe it to myself to end my 30th there too,” she slurred to the group. I was down since I could walk home from Kilowatt, so I hopped in a cab with Liz and a few others. One of the bartenders was new and the other was one I’d seen around for years, but both had arms covered in tattoos and hands that poured heavy drinks. “When I turned 21,” Liz told us, “They gave me a bottle of champagne and a polaroid camera to use for the night. They stopped doing that a few years ago though.” I told her that I remembered the bubbles and photos thing happening for one of my friend’s birthdays as well, and we all told stories about those wild years back before everyone got wrapped up doing their grown up shit. Afterwards I finished my drink, said goodbye, and walked out of Kilowatt completely sober for probably the first time ever. I had some grown up shit to do the next morning too.