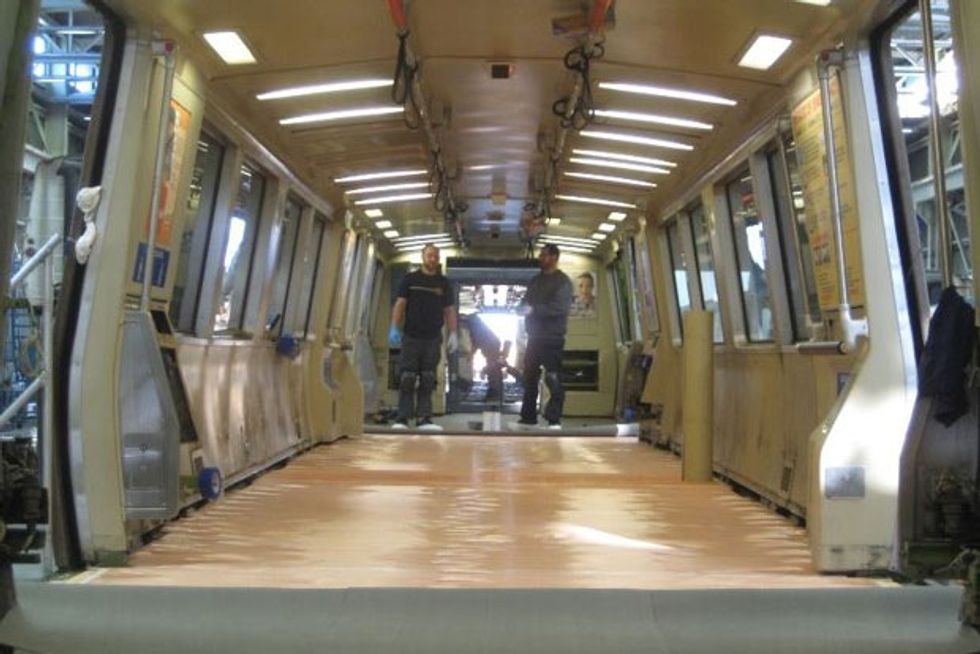 “Let us be the first to say 'good riddance,'” BART stated on its website as Car 1593 was the last to be retrofitted with squeaky-clean new vinyl flooring.

BART began replacing the old Mohawk carpet #29100 back in 2008 with funding for only 200 cars. As more funding became available, and as the public rallied behind new, germ-resistant flooring, the project expanded. This last phase saw the ripping out of carpets in 389 more cars—that's enough grody old carpet to cover nearly five NFL football fields or 43 NBA basketball courts. That's a lot of poop stains.

Although the project wrapped up in June, the agency made the all-done announcement this week. Today, the trains bear a mix of spray-on rubber flooring and rolled vinyl. The materials are meant to complement BART’s new plasticized seat covers—the last of which were installed this winter.

BART claims it’s seen a “dramatic drop” in complaints about nasty floors since the switch to vinyl, and while we don't miss the carpets, we're still holding our breath until the much-anticipated Fleet of the Future begins to roll out.