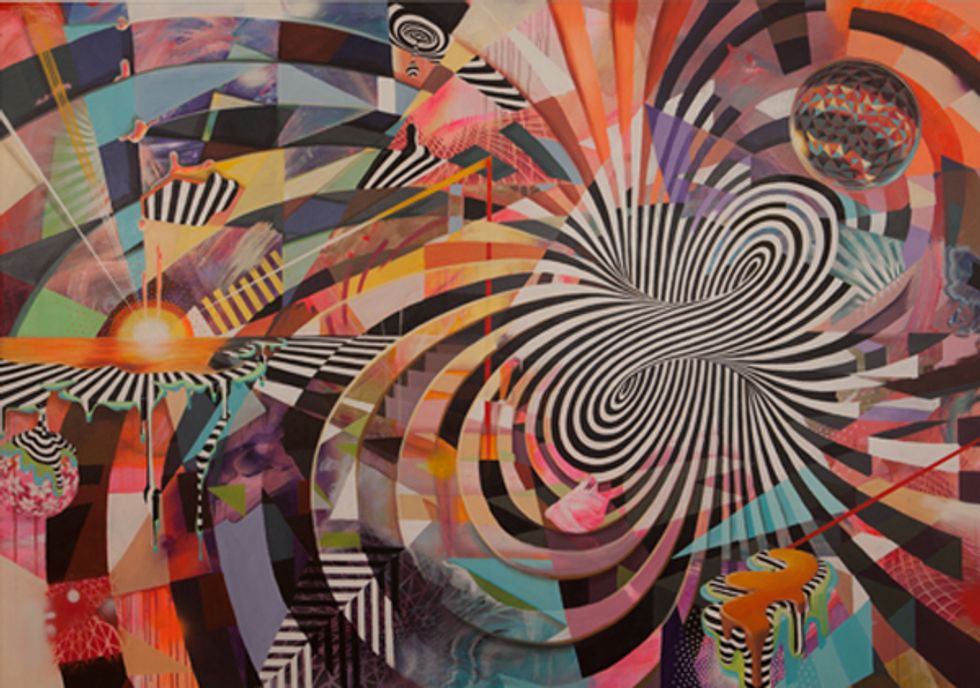 After a holiday hiatus, most art galleries will kick of the New Year with a new exhibit. Stop by these three shows before it's too late.

In this solo exhibition, Ferris Plock draws inspiration from neighborhoods in his native city of San Francisco. The 20 or so new character portraits feature images of knights with armor and flags that reference the city’s NOPA. Yet Polk’s work has an exotic flair. His technique of applying acrylic, gouache and gold leaf on panel is heavily influenced by Japanese woodblocks of the Edo period, from 1603 to 1867 in Japan’s history.