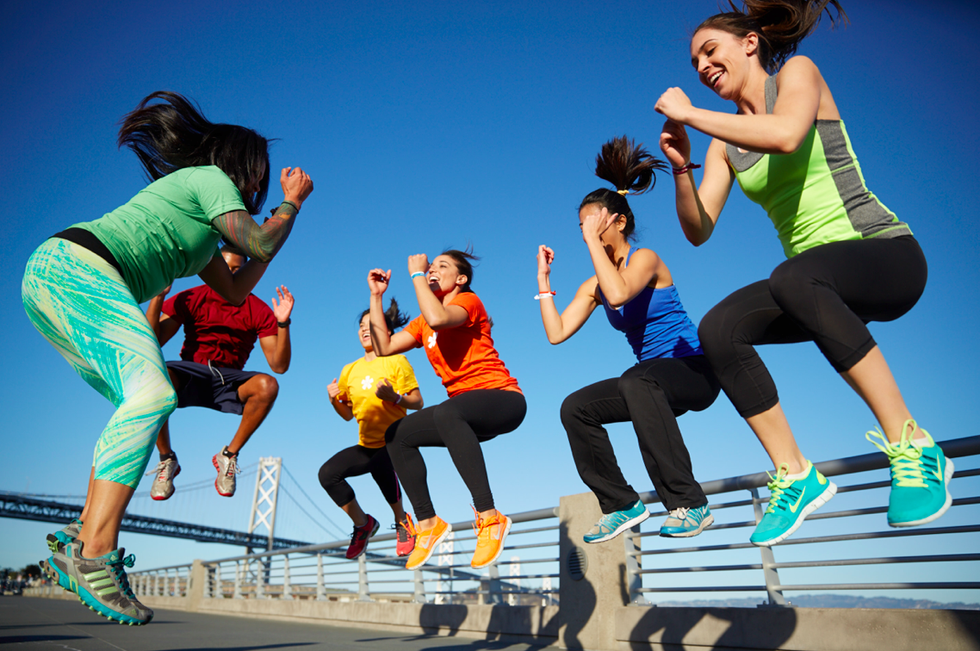 Twerking Around the City with Fitmob

After a few months of beta testing, local company Fitmob officially launched yesterday in San Francisco. The goal? To bring top fitness trainers together with the community for fun neighborhood workouts that get you out of the gym and on the city streets instead. It's a win-win proposition. Fitmob empowers local instructors to build their networks so they don't have to get stuck in the big corporate gym system. Fitmob's business plan helps trainers generate higher wages at a time when around 250,000 trainers in America alone are undervalued by traditional gyms. And at the same time, the San Francisco community gains an option for high-quality, affordable classes (as low as $5 per class if you go 3 times a week or roughly $15 per individual class) without having to commit to an expensive gym membership.

I'm not one to go around trying every latest workout craze, but Fitmob's philosophy is one I can get behind. I just tried out their Urban Recess class last night—I got my butt kicked but had a lot of fun. "I want to do for fitness what Airbnb did for couch surfing," says Fitmob CEO Raj Kapoor. By downloading the brand-spanking new iOS app, you can book and pay for workouts and also chat with the community and trainers right on your phone.

So far, classes include the cleverly named Weapons of Ass Reduction, Twerkout Conditioning, Guru Gone Wild, Sweat Soiree, and Urban Recess. Meeting spots include SoMa HQ, the green space at Brannan and the Embarcadero that overlooks the Bay Bridge, and Dolores Park in the Mission, with the goal of expanding to open spaces all over the city. A team of "ops ninjas" sets up equipment and watches over people's belongings during the workout. And each class ends with a "Go, team!" or in our case last night, "Namastizzle fo shizzle." For real.

Next up: Noe Valley will be the third neighborhood to join the Fitmob mix. Look for a few classes each week at a fitness studio called Cardio Tone. Registered users will be notified as soon as Fitmob is up and running in Noe.

Fitmob's group exercise classes happen Monday–Saturday every week, and classes are free for the month of January. Try it out in the next few days before this deal is up.