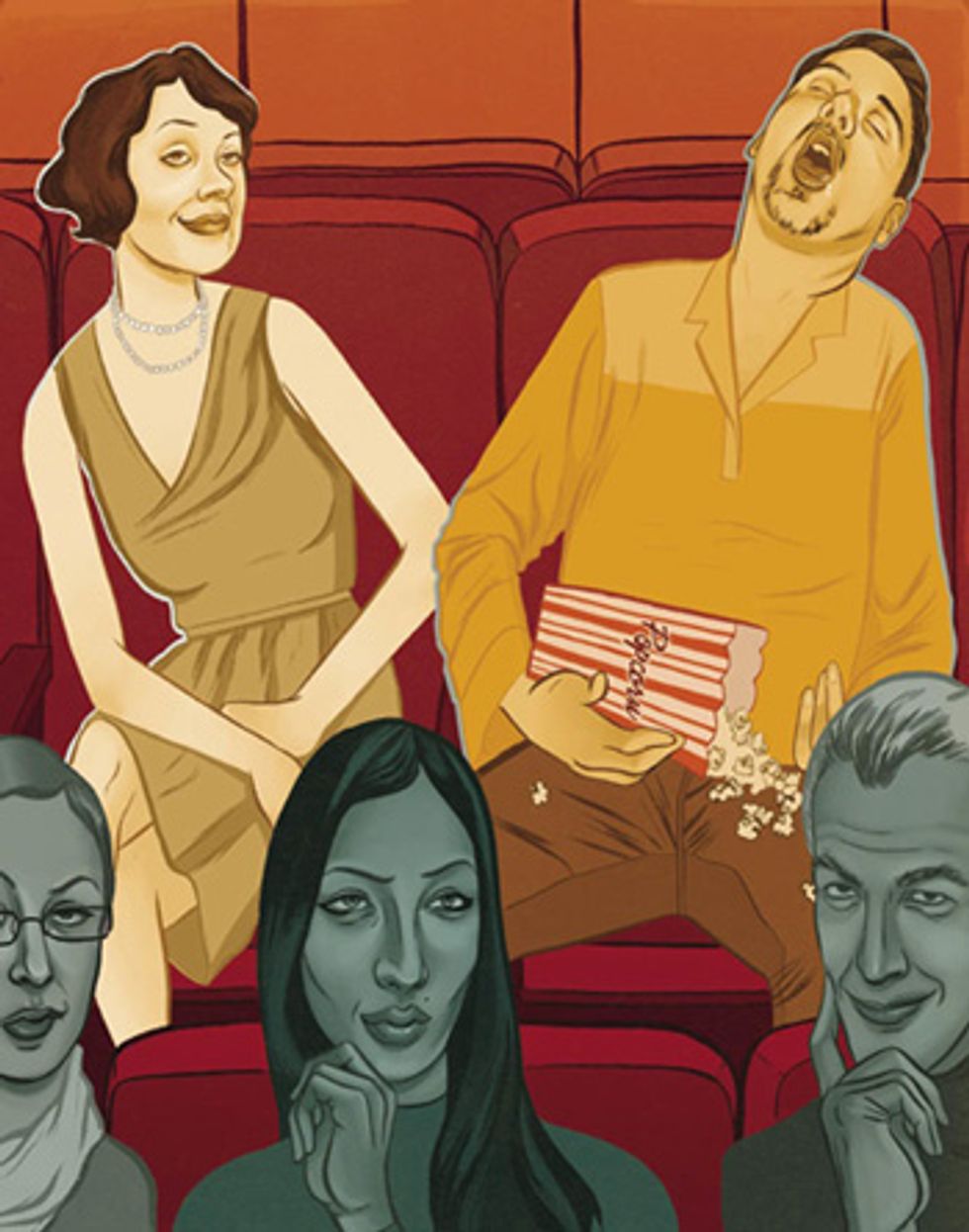 I just broke up with someone kind, stable, and sexy because he had horrible taste in movies and music. His playlist was limited to Top 40 crap plus—gulp—John Mayer and Jack Johnson. He couldn’t discuss any good films, and he refused to see Somewhere because he heard “nothing happens in it.” I found myself feeling lonely, misunderstood, and turned off. My friends say I’m a snob, but aren’t shared cultural values important?

He Said: How about shared moral values? John Mayer and especially Jack Johnson are both heavily involved in philanthropic organizations, and their charitable efforts are part of what lights up their fans. What are Sofia Coppola’s values? Recycling Lost in Translation to score another Oscar and hawking bags for Louis Vuitton? Maybe he should have broken up with you first.

I’m being rhetorical and a little hard on you in order to make a point. Shared values of any kind are important, but if the only ones you two didn’t share were movies and music, then yes, I think you’re being shallow—or maybe just closed-minded. You can certainly find men in this town with tastes like yours, but don’t blow off an otherwise great guy because his playlist isn’t up to par.

There’s an old Asian man who sits at my BART station scratching out what sounds like cat yodels on a one-stringed fiddle. I have no idea what he’s up to, but I see a lot of folks flip him a buck anyway because, I believe, they recognize that he’s putting his heart into it and that he’s one small cultural artery in the body of San Francisco. Try to stay open to someone who spins your cultural compass—but not your moral one.

She Said: I disagree. Life is simply too short, and our cultural and moral options too vast, to spend time exploring and indulging tastes you’ve already tossed to the curb. If you’re under 25, then sure—give Jack Johnson another try (and good luck with that). I hated Bruce Springsteen at 20, and by 23, I was in the front row at Shoreline rocking out to, well, never mind. If I told you the name of the album, you’d disregard my advice as grandmotherly. But age has made me wise, and I’m here to tell you that cultural values are just as important as moral ones. The art you choose to surround yourself with speaks volumes about the landscape of your soul. What makes you a snob is not that you want a partner with a similar aesthetic. It’s that you pronounce your ex’s tastes inferior. Some people like vampire novels, Olive Garden dinners, and the Dave Matthews Band. They aren’t inferior to you. They’re just more American. Simply say you have differences, and call it a day. And next time out, make sure your first three dates include film and music offerings so you you can vet your suitor early in the game.