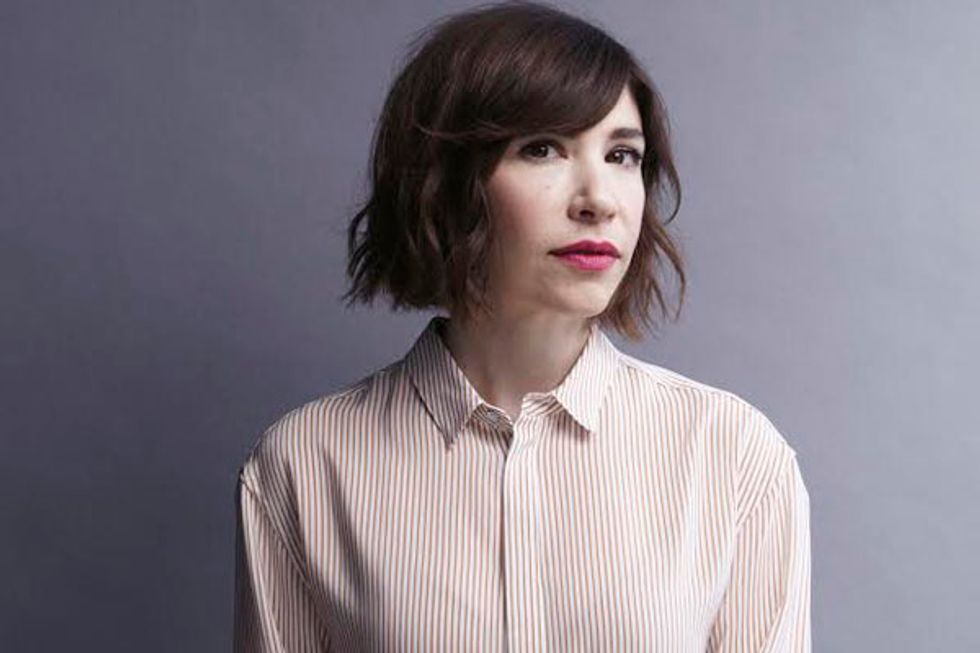 We Wanna Be Friends With Author + Riot Grrrl Carrie Brownstein

You might initially recognize her as "that girl from Portlandia," or as a recurring guest star on the dramedy series Transparent. But there is much more to Carrie Brownstein than just a resumé of great TV.

As a guitarist for the feminist indie rock band Sleater-Kinney, Brownstein is a heroine of the riot grrrl punk-rock movement of the Pacific Northwest—she was even once named among the "25 Most Underrated Guitarists of All-Time" by Rolling Stone. Her new memoir, Hunger Makes Me a Modern Girl (Riverhead Books), released this month, chronicles her journey as a young woman in the underground rock scene.

On November 4, Brownstein comes to the Jewish Community Center of San Francisco to talk about her book. But first, she sat down with 7x7 to tell us about her wildest performances, her thoughts on today's feminist punk-rock movement, and what she's up to next.

7x7: What's the craziest thing that's happened to you onstage?

CB: I've taken a lot of falls. At one concert, I swung from the rafters. At another, I broke my foot.

7x7: In 2006, you were the only woman on Rolling Stones list of the most underrated guitarists.

CB: It's flattering, but sometimes those lists can be subjective. It places a lot of value on one person's perspective.

7x7: How do you juggle multiple careers as a musician, actress, and author?

CB: Logistics. I always create opportunities to focus on one thing at a time. I'm an avid multitasker; I love to explore a variety of things at once. But with projects, I always make sure I give myself enough time to really enjoy it.

7x7: What are your thoughts on today’s feminist punk-rock movement?

CB: It's great how feminism is intersecting with music. Its merging with popular culture has made it less alienating. People are able to relate more.

7x7: Who are you listening to now?

CB: [For music], I'll be doing mostly writing, not sure about releasing anything. Both Portlandia and Transparent just got renewed for another season, so I'll be focusing on that.

Nick Cave and the Bad Seeds.

Stretch, hydrate, and warm up my vocals.

Indulgence you'll never give up:

It's not exactly in San Francisco, but Muir Woods is absolutely beautiful.