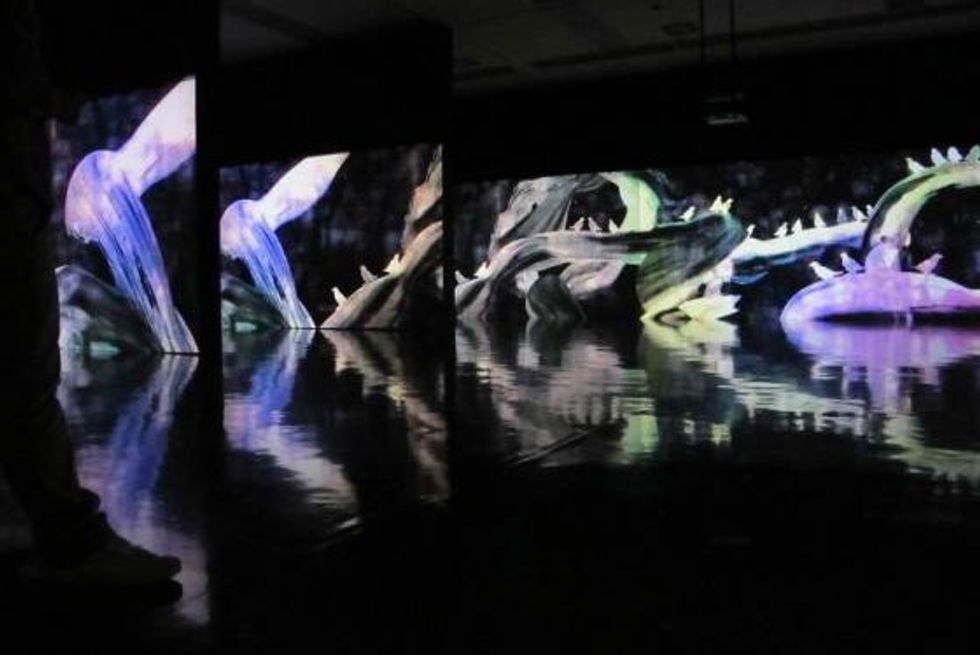 What to See at FOG Design + Art Fair This Weekend

One of the chicest recent comers to the San Francisco art fair scene, Fog Design + Art, a benefit for SFMOMA, has returned to Fort Mason with a collection of more than 40 leading design firms and art galleries from SF to New York and beyond. Here are a few of the homegrown highlights.

The legendary Pace Gallery will bring a sneak peek of a major exhibition coming soon to its Menlo Park location: “Living Digital Space and Future Parks,” from the Japanese interdisciplinary group teamLab, which works at the intersection of art, technology, and design.

While the exhibit in Menlo Park, which marks the inauguration of Pace Art + Technology (opening Feb. 6), will showcase 20 digital works including interactive light sculptures and endless-loop animations, Fog Fair will offer just a taste with “Ultra Subjective Space,” a set of 12 film stories about Yamata no Orochi—an 8-headed, 8-tailed creature of Japanese lore—rendered in an artificial 3-D space.  //  Pace Gallery, Booth 212, pacegallery.com/art_fairs

A fixture in the gritty-meets-gentrifying Tenderloin, Silverman Gallery continues to cultivate a heady mix of emerging and established artists. The gallery brings to Fog Fair newcomers including conceptual artist Ian Wallace, who plays with the boundaries between photography and painting; and Turner-Prize nominee Nicole Wermers, whose mixed-media works and installations explore themes of lifestyle, consumption, and class. Also look for Whitney Biennial and Art Basel regulars Dashiell Manley and Shannon Finley.  //  Jessica Silverman Gallery, jessicasilvermangallery.com

Paglan's installation is actually a WiFi hot spot, where fairgoers may try out an encrypted, private web browsing experience over a network designed to anonymize data. Known for his photographs of stealth drones and information-gathering satellites, Paglan looks at the U.S. government’s post-9/11 network of secret facilities and programs and asks, "What sort of capacities and powers have to be developed in order to create and sustain such a system.”  //  Altman Siegel Gallery, altmansiegel.com