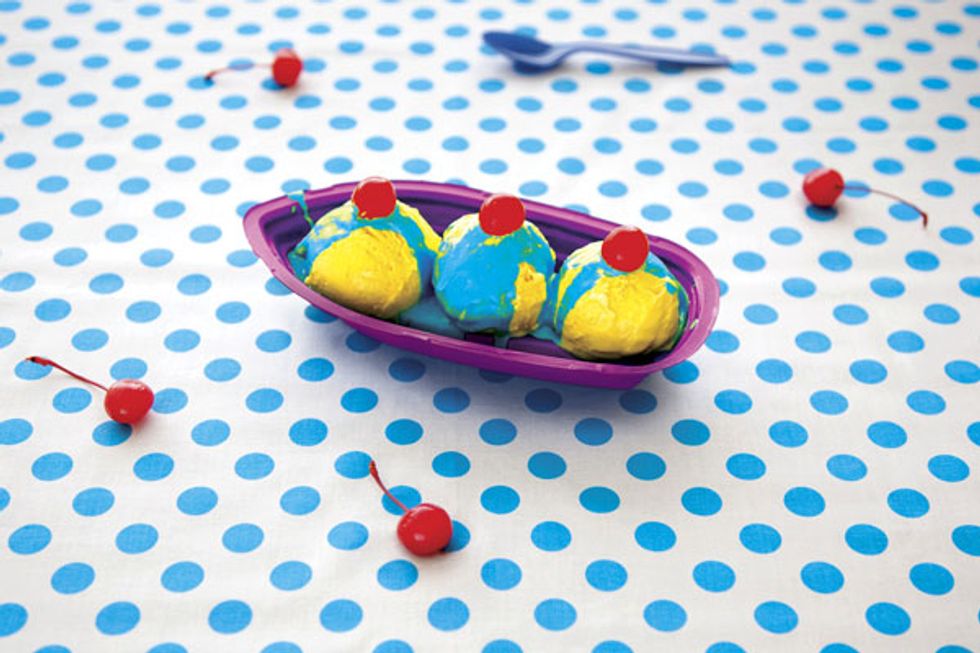 By Lawrie Brown’s own admission, paranoia about the artificial additives prevalent in mass-produced comestibles inspired the photographer’s popular “Colored Food” series, which is now riding a viral wave through the Interwebs. NPR, HuffPo, and ABC News have bestowed accolades on the Aptos resident—who’s represented in San Francisco by the Scott Nichols Gallery—for depicting the devilry of the commercial food industry with a pop art flair.

Brown’s compositions exaggerate the use of synthetic coloring by food conglomerates to make their products more visually appealing. One of her biggest crowd-pleasers, White Rice, features a whole chicken coated in bright blue latex paint. Yellow Ice Cream, the piece seen here, was created exclusively for 7x7 and accentuates the unnatural hues of lemon-flavored ice cream and maraschino cherries with an equally preposterous blue topping.

Strangely, Brown doesn’t eschew food additives in her own diet. “I think I worked through the phobia during the artistic process,” she says with a laugh.

Fancy yourself a food photog? We're giving away a 16- by 20-inch print of Yellow Ice Cream signed by the artist to a lucky Instagram user. Tag your playful photos of colorful food with #7x7summer for your chance to win (and don't forget to make your feed public!). We'll feature a slideshow of the finalists and announce the winner on July 15. Now, get snapping!