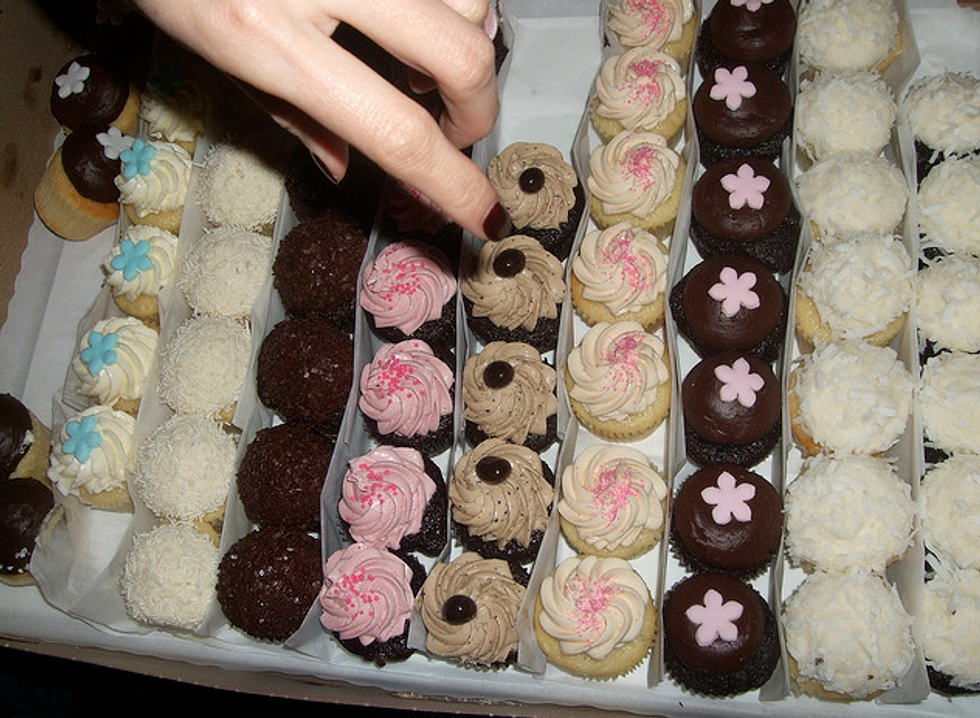 Spoiler alert: The restaurant and food trend reports for 2011 are landing in my in-box already. It's kind of like seeing Christmas decorations up before the summer is technically over. But who can resist a peek into the future? Both locally-based Andrew Freeman & Co. and Brooklyn-basedBaum + Whiteman have unleashed their predictions (some spot-on, some pretty wacky). I figured the East Coast might have a different perspective so I took to it to see how Baum + Whiteman's applied to what's going on in SF.

Old Italian is newly respectable. The Meatball Shop (opened in the LES by former SPQR chef Daniel Holzman) might be selling up to 9,000 balls a week to the likes of drunk hipsters at 3:30 am, but I haven’t seen as much of this kind of homage to the Italian-American classics here (well, New York native chef Joseph Manzare tried with Joey & Eddie's in North Beach, may it rest in peace). There are glimmers, such as the grinder on the menu at Hog & Rocks, but I just don't think we can muster the Sopranos-style nostalgia that the East Coast can. It's not enough of our culture here.

Popsicles going artisan. Nopalito has paletas on its menu, but there’s room for more. Maybe next year will bring something like Raleigh Durham’s Locopops (which my SF to NC transplant friends turned me onto recently when I went out for a visit). Or maybe it's just too darn cold here in the summer to get all about popsicles.

Restaurants are making customers unwelcome. The accusation? Due to the economy, restaurants are limiting reservations, tablecloths and more. Personally, I don’t think a tablecloth makes me feel more welcome (even Benu opened sans cloths), but reservations definitely make life easier for a customer (just not the restaurant). Still, SPQR started the big no reservation trend and it opened pre crash.

Grits as an all-purpose starch. Can’t say the grits craze has really swept SF or will be any time soon. Shrimp and grits is also suggested to be the dish of 2011. (Rare heirloom Italian grains grown by small farmers within a 100 mile radius? Yes. Grits? Not so much.)

Kitchen swapping. This is something we’ve seen a bit (see: Meadowood chef Chris Kostow was just firing it up at Saison). And just last night I was at Contigo where Mark Denham (former chef of the former Laiola) was cooking. I’d love to see more!

Sandwiches by any other name. This list mentions cemitas? A Mexican sandwich that to me sounds just like a torta. But beyond Nopalito, I haven’t seen tortas exploding here. But the banh mi? Yes. See Dinosaurs for that. As for fancy sammies in general, there’s been no end to new spots that have opened, from Cane Rosso and Kitchenette to Pal’s Takeaway and more.

Over and done. Apparently next year, it’s over for fancy hot dogs (tell that to Showdogs), burgers (tell that to the Mamacita boys who are opening a burger spot in Cow Hollow), bacon and pork belly. And that next year, cupcakes will peak? I feel like cupcakes peaked five years ago. In fact, I feel like if I see another cupcake place open, I'll start to cry.

Who’s got their finger on the food here?