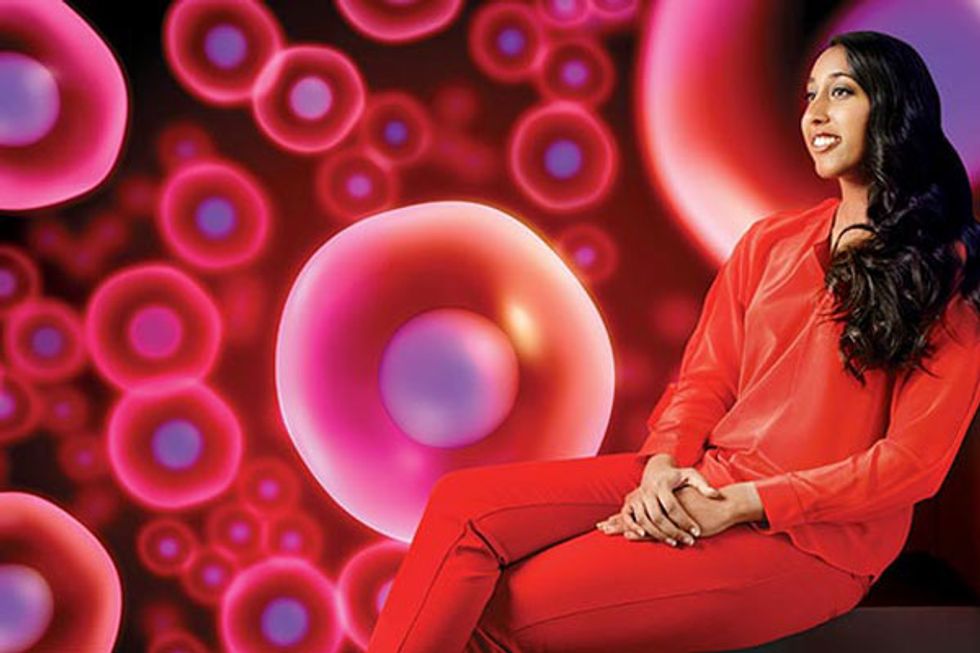 Divya Nag’s parents are ever so slightly disappointed in her. Despite the fact that she’s cofounded two successful companies, StartX Med, an innovation incubator for medicine, and Stem Cell Theranostics, a company that is tackling one of medicine’s biggest mysteries—how stem cells work—they wish that she hadn’t dropped out of Stanford to pursue her dreams. “I grew up with my family expecting me to go into medicine. And dropping out—especially in our culture and for my family particularly—just came out of nowhere for them. Silicon Valley definitely has this culture of dropping out, and it’s totally acceptable here, but outside our little bubble it seems like the weirdest thing.” Perhaps they’ll forgive her now that she’s been able to grow, for the first time, a variety of specific cells, such as hair, bone, and heart cells. “Our lab was focused around the heart. And the coolest thing about these heart cells is they actually beat on the dish. There’s no electrical signal we’re giving them. They beat on their own. And they’ll beat as a collective.” Or maybe Nag’s parents will be pleased to learn that, while still running two companies, she’s just been hired by a third, Apple. Based on her background of innovation and success in the biotech industry, insiders believe the secretive Cupertino behemoth has taken Nag on to head up its wearable med-tech division.

DL: Who would you nominate to the Hot 20?

DN: That’s a great question. Probably Elizabeth Holmes. Just because I think it’s so awesome to see young women go into industries as crazy as health care and biotech, which have historically been industries with people with tons of degrees—she’s also a Stanford dropout, too, actually.

DL: Who inspires you?

DN: I really respect this doctor, Abraham Verghese. He has amazing books. But he’s this physician at Stanford who, honestly, we’re quite opposed somewhat. I really like the idea of integrating technology with medicine and he’s very old fashioned or traditional in a sense that he really believes in the art of the human touch, especially as it relates to physician-patient interactions. And I think what he kind of taught me is just that medicine—like every other field—is really an art, more than a science, which is really hard to remember, especially when you’re a scientist. But this comes back to the fact that you need to always remember that people are people and they’re not just numbers or statistics.