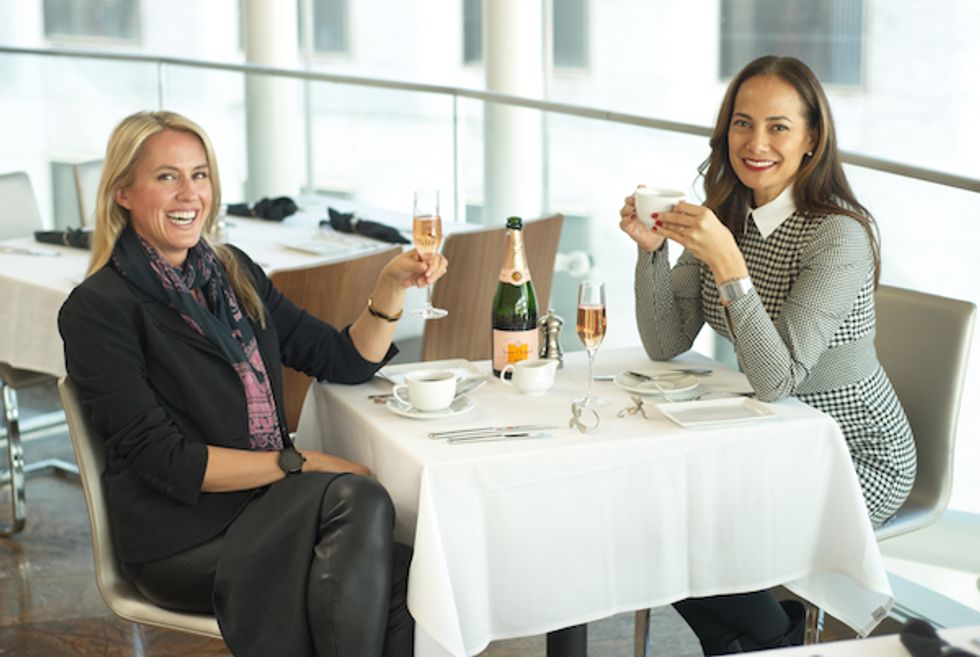 Fashion girls who've been in San Francisco long enough know Gina Pell and Amy Parker, the BFFs in business who launched Splendora, "the authority on fabulous," back in 1999 and quickly became known for their killer recommendations, guide books, and parties. They sold their company to Joyus in 2011, and now the gals are back with a new project that's telling the old Splendora gang, as well as a host of new followers, what's what.

A recommendation engine for top beauty, shopping, and lifestyle services that launched when there were only a handful of sites focused on women, “Splendora was a long running startup," says Pell, "but also one of the greatest experiences of our lives working with hundreds of talented women both in our company and in the community. After we sold, Amy and I worked with other pioneering companies (Joyus, Barnraiser) where we learned a new set of skills, but we kept wracking our brains on how we could build something together again.”

The two considered all the possibilities and finally settled on the obvious choice: to do what they do best. Launched this November, theWhat is a weekly newsletter, already delivering a short list of the women's favorite things—whether it's a TV show (HBO's Doll & Em), a holiday cocktail (the Cranberry 75) or a print magazine (Cereal).

“We felt there was a hole in our inbox after Splendora and DailyCandy were both acquired and dismantled,” explains Pell, who also launched LOLy, the best emoji app ever, earlier this year. “There are so few emails that I find helpful or entertaining. Our idea for theWhat is very simple: to turn women (and men cool enough to get it) on to the most excellent products, places, people, and experiences we've discovered after more than a decade of being in the recommendations business.”

In the San Francisco fashion community where upstarts come and quickly go, Parker and Pell provide a refreshing dose of consistency. Of course, the two are evolving and finding new ways to offer quality content—"Back then, we were the ingenues who didn't know what we were doing," says Pell with her charatistic hearty laugh. "Now we're OGs who know what we're doing, but everything has changed!"

She theorizes that the local style scene has “lost the vibrancy of the late 90s and early 2000s" as a result of creative talent going to dot-coms, and the rising cost of living here making it “tough to make room for indie boutiques and collectives, which is a damn shame."

For Parker and Pell, lifestyle experts living in Napa and Marin respectively, it's always a laugh a minute.

"Our intention for theWhat is to make something good, honest, and real. We have no intention to scale, sell, or go public. We just want people to look forward getting it. Our main goal is our tagline: "We like. You like." I am a San Francisco native and love my city. Instead of everyone pointing fingers, I wish there was a serious solutions-finding movement to slow the poshification of this very special place.” //  Subscribe to theWhat at thewhatlist.com