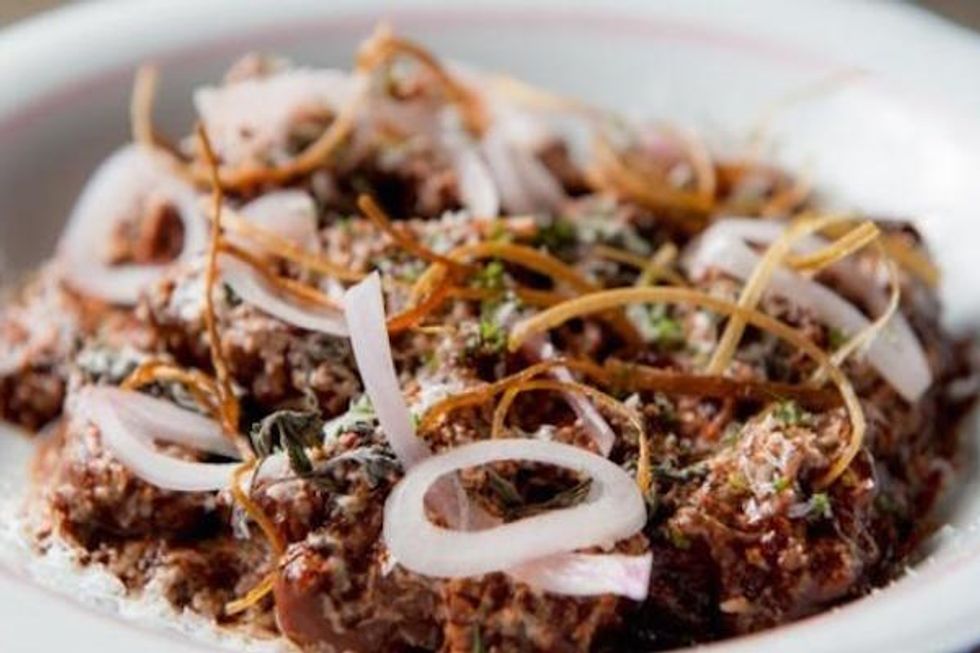 5 Cravings, from Chili to Pumpkin Bread

Schuyler Bailey is hungry. Here are her cravings this week.

When a friend described Old Bus Tavern as a “chili and beer place,” I expected food that was far less elegant and refined than what I found—edible petals atop a stunning chilled eggplant soup (sadly no longer on the menu), inspired cocktails, and a house chili so nuanced and satisfying that, despite the hot-as-fire throb it left in my mouth, I couldn’t leave a bite in the bowl. Best revive your palate with a Marie Laveau cocktail (house sweet tea vodka, peach, lemon, ginger beer, and invigorating mint). // 3193 Mission St., Bernal Heights, oldbustavern.com

As far as I’m concerned, the stinkier the cheese, the better. That sentiment makes the warm crottin cheese salade, featuring a cozy hunk of tangy, nutty goat (for those stink-averse, it’s milder than most) on top of endive, nectarines, and walnuts, a bit of a dream in this bright brasserie. Get a little bit of each on your fork for the best bite. // 1355 Market St., Market, bonmarche-sf.com

The meats at this little Mediterranean hole in the wall on Valencia are top quality, and the wraps are positively brimming with fresh-off-the-rotisserie hunks. Alongside broiled tomatoes, flavorful sumac seasoned onions, diced cucumber and tomato salad, and tzatziki wrapped up in warm lavash bread, marinated chicken gets deliciously snuggled. // 1136 Valencia St., Mission, zaytoonsf.com

If the weather would cooperate and accept fall already, I would appreciate it. Until then, I’ll channel the brisk temps of my favorite season with a slice of festive seed- and sugar-dusted pumpkin bread by the bomb ass bakers at Jane. // 925 Larkin St., Tenderloin, itsjane.com

I love a good revival—Grease 2, that of the Creedence Clearwater variety, and of course, storied music venues with the addition of chef Thomas McNaughton’s touch. Listening to live music while noshing on pillowy, piping hot Parker House rolls slathered in garlic butter alongside raw oysters (they’re half priced after midnight!) is where I want to spend a late night. // 2174 Market St., Market, cafedunord.com