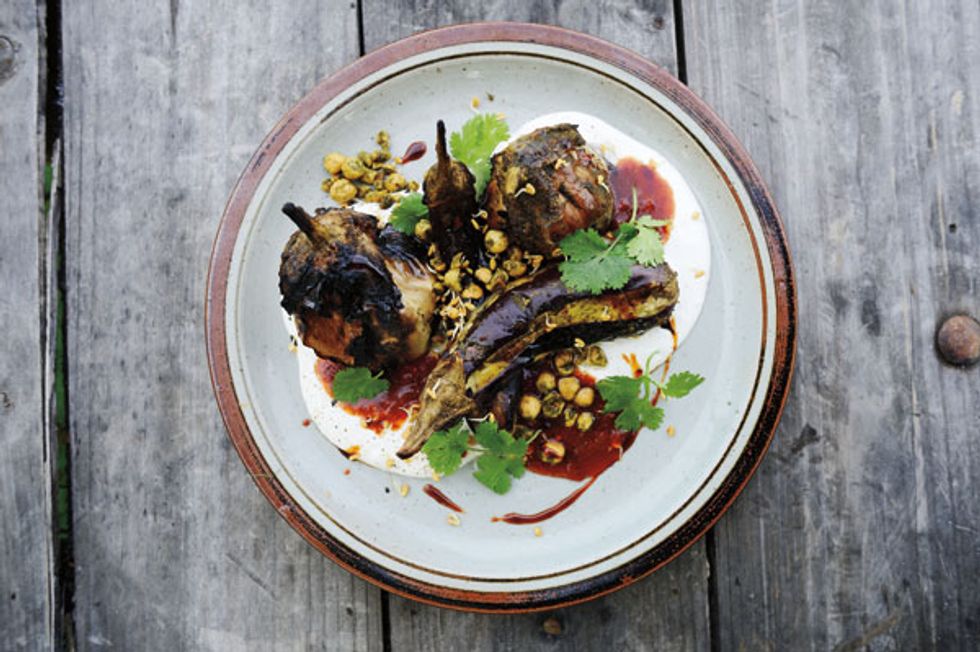 A Preview of Fall's 7 Most Anticipated Cookbooks

Back to school in editorial land means delivery upon delivery of fall’s most exciting book titles. For a food editor, this equals a delicious pile of noteworthy cookbooks, and 2014 is ushering in no less than a smorgasbord from some of my favorite chefs and restaurants.

Here’s a preview to get you hungry for gifting season:

One of my most favorite meals of all time was the pasta tasting menu at Flour + Water, so you can imagine the guttural roar that rang through the office when this one landed on my desk. The inaugural cookbook from McNaughton divides potential carbo loading by season (think pumpkin tortelloni with sage and pumpkin seeds for fall), with a special section on dough, lending much-needed expert tips to the simple two-ingredient wonder that is pasta (spoiler alert: eggs are important). The recipes are lofty and cerebral, so prepare to spend some time with this one.

Following a delectable first go with Vietnamese Home Cooking, Phan focuses on accessible recipes from the restaurant that made him famous, from the Blanc and Blue martini to that crazy good Shaking Beef.

If you’ve devoured a morsel of Petaluma-based bakery Della Fattoria’s impossibly perfect loaves—think sponge-like moist interior with a heavenly crunch of crust—you know what you’re in for here. In addition to the secrets behind the crumb, Weber unleashes ingenious uses for leftovers such as Tomato Bread Soup and what may be the ultimate Panzanella.

If haute Napa cuisine is your thing, look no further than Meadowood chef Christopher Kostow’s first cookbook, which celebrates the Valley’s growers and makers, and Kostow’s magical transformation of its bounty.

As the title suggests, this is the comprehensive tome from the 11-time world pizza champ himself. Start off slow with kneading pointers or sling Guanciale and quail egg like a pro.

by Nicolaus Balla and Courtney Burns

Favorite to many an in-the-know gourmand, Bar Tartine’s first cookbook features home larder tips (bucking the seasons in favor of fermentation) and recipes from co-chefs Balla and Burns, plus pretty photos from multi-talented owner Chad Robertson.

If you like a side of karma with your meal, opt for this second installation from Creative Growth (which benefits adult artists with developmental disabilities). Like the Mission project cookbook before it, the Oakland/Berkeley edition will feature recipes from some of the East Bay’s best restaurants, including Duende, Hopscotch, Hawker Fare, Pizzaiolo, and Miss Ollie's, with all of the artwork done by Creative Growth artists. Plus, proceeds benefit local animal rescue outfit Creative Rescue.