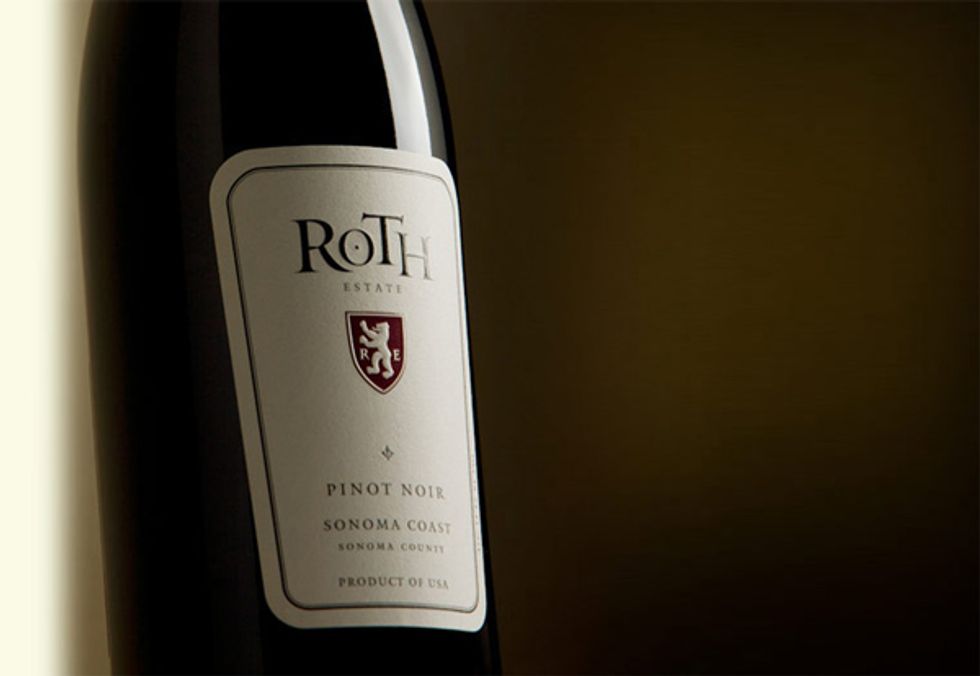 And the Winner of the Pinot Cup Trophy at the Eighth Annual Pigs & Pinot is...

This past weekend was the eighth annual Pigs & Pinotfest at the Hotel Healdsburg, and across Sonoma County winemakers are always eager to find out which Pinot Noir will win the title of first place in the Pinot Cup. This year's winner in a blind tasting was a bit of a surprise, with the title going to a somewhat more full bodied and easy drinking bottle, the Roth Estate 2010 Sonoma Coast Pinot Noir. It bested 61 other respected Pinots, many of which retail for far more than the $28 the Roth currently sells for.

The competition included wines from around the world, with a handful of French Burgundies, New Zealand, and Oregon Pinot Noirs in the mix, along with some from the Central Coast and a bevy from Northern California. A New Zealand Pinot, the Te Kairanga 2011 John Martin Revere Pinot Noir from Martinborough was the runner up this year, which actually elicited a couple of hisses from the California-biased audience.

Two years ago, a French burgundy took home the Cup, which shocked pretty much everyone, and a New Zealand wine came in second, shutting out California wineries altogether. Sonoma winemakers were, as you might imagine, less than pleased.

But the judges, who this year included a couple of winemakers and a wine critic from the Minneapolis Star-Tribune, have no idea what they're tasting, and the marathon of tasting 62 wines and systematically narrowing down to a top ten is grueling to say the least. And some would argue that the subtlest of wines tend to lose out in such subjective judging when the judges' palates are exhausted by the time they're trying to choose a winner–with only the boldest or more pronounced flavors being able to cut through after all that sipping.

Roth Estate winemaker Jesse Katz was humbled by and grateful for the win, and everyone in attendance was glad at least that California had won again– after a wine from the Russian River's own DeLoach Vineyards triumphed in 2012.

In our opinion, having tasted maybe a third of what was there before we threw in the towel, the finest bottles were from Merry Edwards, VML, Cartograph, and Kosta Browne.

To get tickets for next year's fest, we'd recommend keeping your eyes peeled for ticket announcements around January, and note that weekend packages have been selling out in about ten or fifteen minutes.

Jay Barmann is the editor of Grub Street San Francisco.