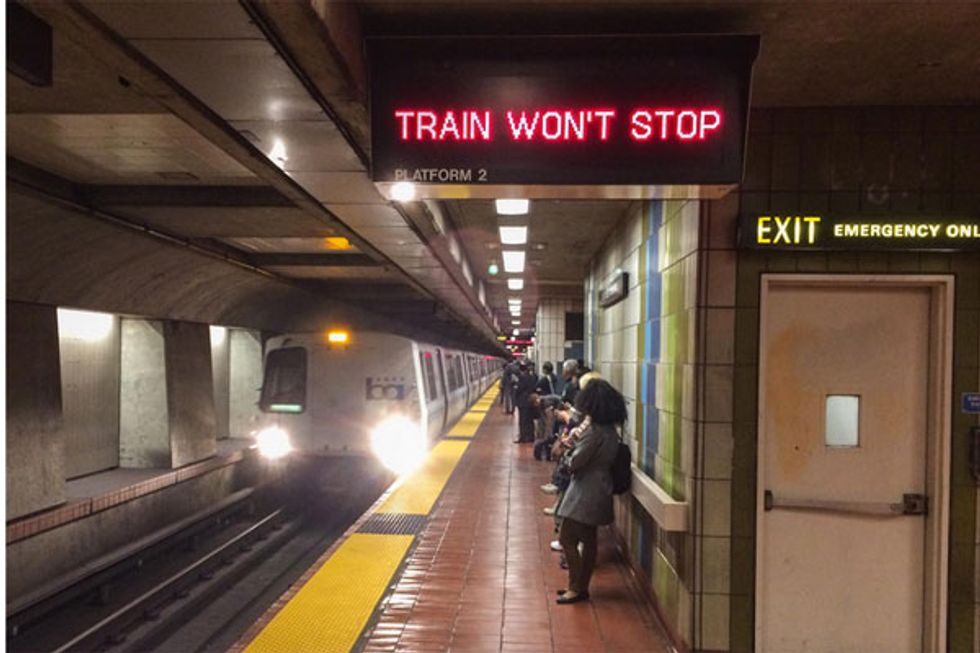 BART Screeches to a Halt for 5 Days This Summer

Commuters, gird your loins. The transportation apocalypse has finally arrived.

BART is preparing to halt ALL TRAIN SERVICE between San Francisco and the East Bay over the first weekend in August (yes, TOMORROW) and the three-day Labor Day weekend (September 5-7) this year for what is being called “critical track maintenance” near the entrance to the system’s Transbay Tube.

You heard right, there will be NO SERVICE between the two sides of the Bay on those dates. Sound like the end of the world? It probably will be.

But BART spokeswoman Alicia Trost said the agency has no choice but to go ahead with the unprecedented Transbay shutdown, based on safety considerations and “the amount of work that needs to take place and all the crews needed to do the work.”

“We plan to have a substantial ‘bus bridge’ available for BART passengers traveling between Oakland and San Francisco” during the anticipated five days of service disruptions, said BART assistant general manager Kerry Hamill in a memo sent to Bay Area transportation agencies.

You better start planning to stay at home during those five days this summer or couch surf it in the city. How else are you gonna get to Billy Joel?