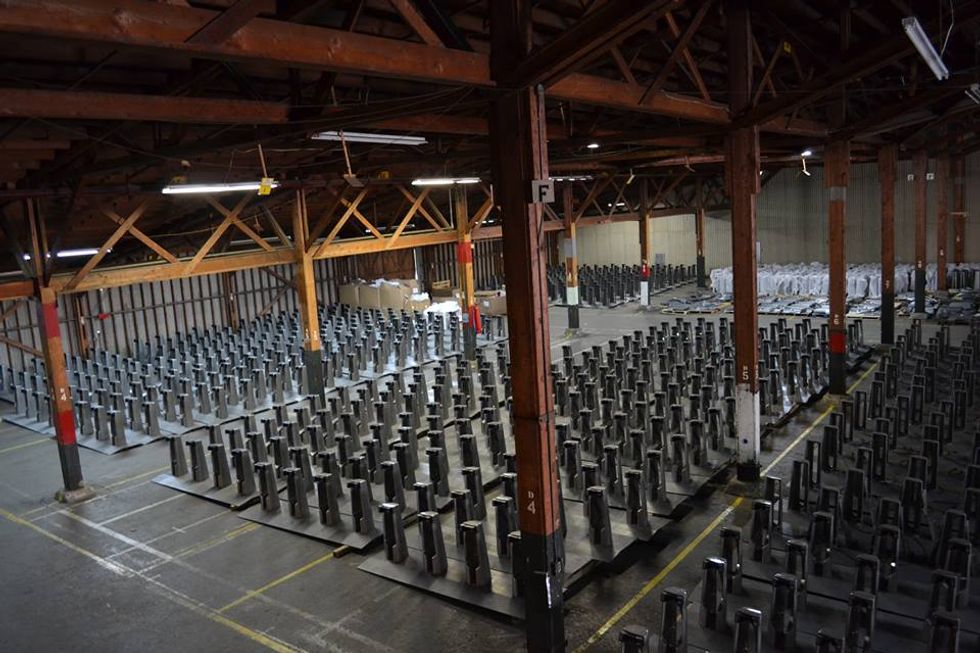 For those of you have been desperately waiting for San Francisco to join all the other cool cities in launching its own bike share program, it seems your wait is almost over. The small regional bike share pilot is set to launch sometime in August. While there are, as of yet, no bike share bikes on the roads, Bay Area Bike Share released the above photo of a series of kiosks just waiting to be installed on streets, sidewalks, and outside Caltrain stations from downtown SF to the Peninsula.

Bay Area Bike Share memberships went on sale earlier this month, and if you act fast you might still be able to get one of the “founding member” black keys. (Bike nerds, take note.) I scored one and am desperate to get it in the mail and pedal off on the clunky celeste ride.

The first kiosks were just installed in San Jose this week, but San Francisco’s launch date is still not reported. This bike share pilot is going to be really small, but if people—like you—show a real interest in it, our fair city by the Bay could be as cool as New York, with local celebrities joining throngs of locals in pedaling on the shared bikes. Which local celeb would you like to see on a Bay Area Bike Share? Maybe Brian Wilson? Too soon? Sorry.