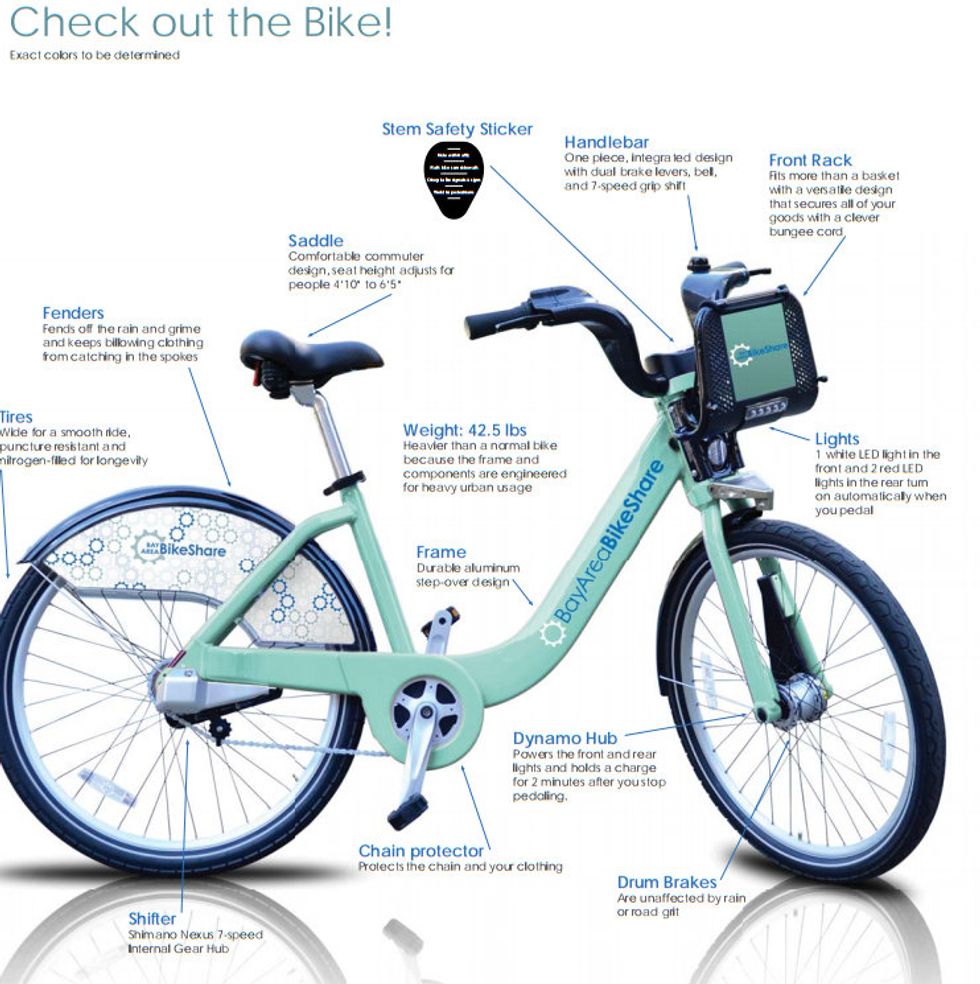 New York City launched a massive bike share program last month, and the whole city is a buzz with bike talk. The Wall Street Journal calls bike share the worst thing to happen to New York City, and part of a totalitarian takeover. But the general consensus from non-NIMBYs is that bike share is amazing, and the greatest transportation change since the subway was built.

New York isn’t the only city with bike share. It’s now in dozens of cities around the world, including a booming system in Paris and Mexico City. And there’s one coming to San Francisco as well.

In August, Bay Area Bike Share will launch with a small regional pilot of 700 bikes, with docking stations up and down the Peninsula. The general consensus is that 700 bikes is not going to be enough to meet the interest and demand for bike share, and City leaders are calling on the Bay Area Air Quality District (the group running the program) to grow the network out to 1,000 bikes.

For a comparison, New York’s Citi Bike launched with 6,000 bikes, Chicago is ramping up for a 3,000 bike system, and Los Angeles is gearing up for a 4,000 bike launch. Chattanooga, Tennessee has 350 bikes; the same number currently planned for San Francisco.

It’s still too early to sign up for Bay Area Bike Share, but you can weigh in on where you’d like to see a pod. Looking at this crowdsourced map, it’s pretty clear that like New Yorkers, a lot of San Franciscans want to see bike share in our city.