Behind the Scenes of the Food Issue Cover Shoot: Benu Chef Corey Lee Tells All 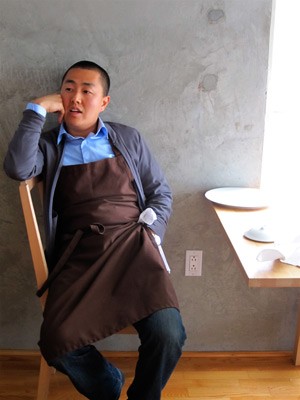 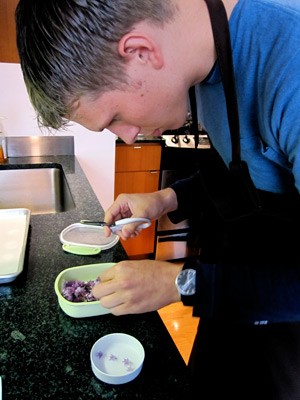 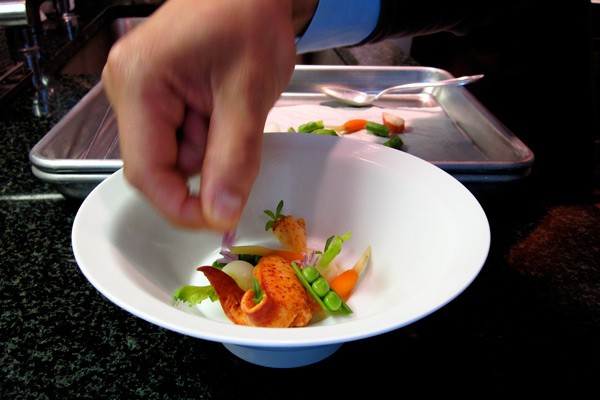 Previous Next
Topping the bernaise custard with lobster and spring peas 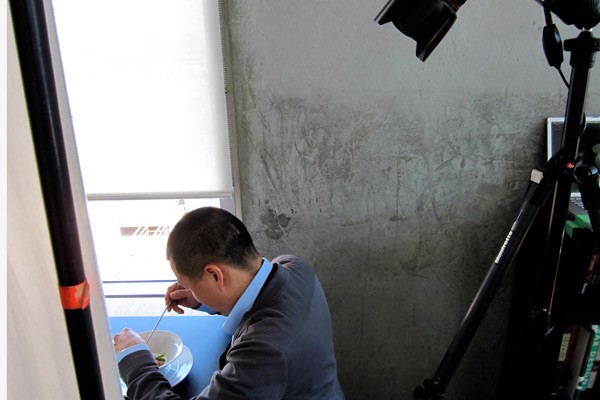 Previous Next
Lee does the touch up 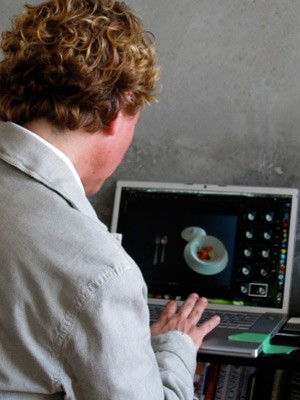 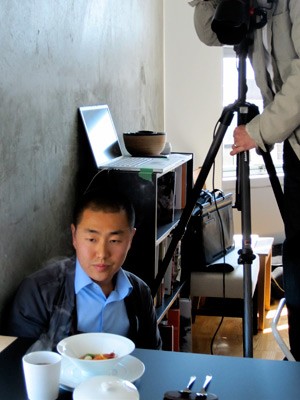 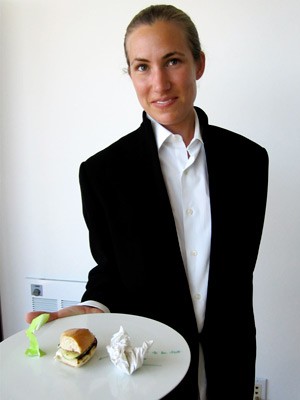 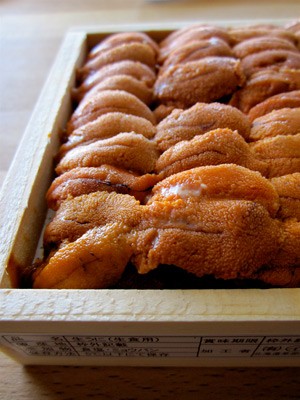 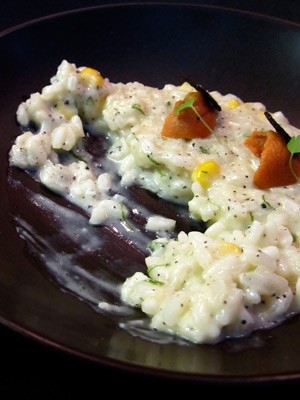 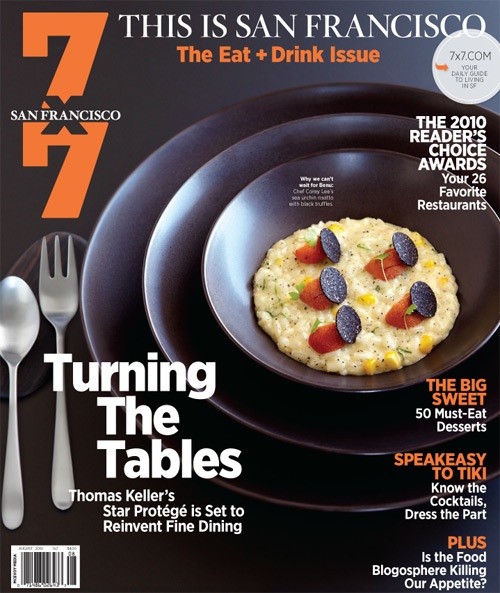 Previous Next
Ta-da! Between cooks, editors and photographers, it only took a team of seven and four hours. No sweat.

On a windy, sunny day, I showed up at chef Corey Lee's SoMa loft for the cover shoot for 7x7's food issue and for the feature article "Closer to Fine." I'm continually amazed by how much work it takes to do these shoots. We had seven people there, from a publicist to 7x7's design director to Frankie Frankeny, the photographer. On the electric (!) stove, there was a sea cucumber rehydrating. Tacked on the fridge was a mysterious map of Mt. Sutro. Two of Benu's young sous chefs, both in their early 20s and both named Brandon, were bent over snipping bits of micro everything: tarragon, chive blossoms and more. Tweezers were used a lot and the lobster bouillon was heating up in a dinky old Revere Ware pot ("It's my ramen pot," Lee smiled). There's always down time at a shoot, so I took this chance to ask the unflappable and very kind Lee some burning questions.

What's the Mt. Sutro map on the fridge all about?
We've done some foraging for wild onion, oxalis blossoms, miner's lettuce.

Your family is Korean. Do you have a favorite Korean restaurant in SF?
Not here. But in LA, I love Park's BBQ.

What was one of your most memorable meals?
A Sukiyabashi Jiro in Tokyo. It's like $400 cash for a half hour meal. But the chef is like 89. His hands are a national treasure and he feeds you with them.

You have a beautiful knife. What's the story behind it?
It's an Aritsugu knife from a knifemaker based in Kyoto. It was a gift from the French Laundry when I left last year.

In Sonoma County, SingleThread serves a refreshing taste of Japan (with a spritz of Wine Country)

The Other Sistine Chapel: Nam June Paik Retrospective to Open at SFMOMA