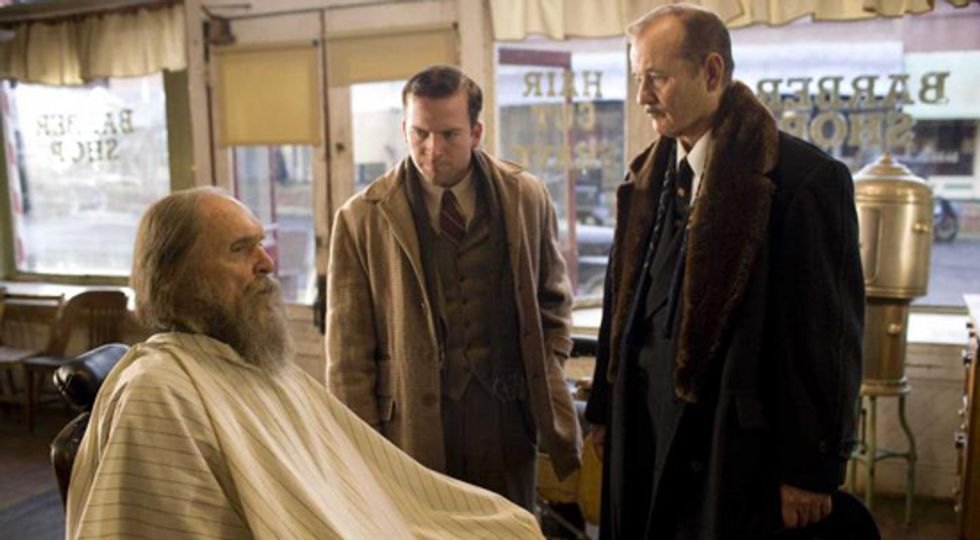 It took him the better part of a decade, but producer Dean Zanuck, whose charming new drama Get Low opens this Friday, finally got his men.

“Almost as a lark, I called up Bill Murray’s lawyer,” Zanuck says. “I asked him, ‘How does one get into the Bill Murray business?’ The answer was simple – you don’t. You send him a one-page synopsis and you’ll never hear back from him.”

Zanuck sent the synopsis and forgot about it until three weeks later, when Murray left a message on his answering machine, requesting a script. So far, so good. But as Zanuck and Schneider are quick to acknowledge, many hurdles remained before the Oscar-nominated Lost in Translation star signed a contract.

Complicating matters was money. In an effort to entice possible backers, Zanuck and Schneider began working Murray’s name into the conversation – a risky maneuver, considering the actor’s reluctance to commit. They got the money – a sticking point for Duvall, who figured if the Zanuck family couldn’t raise $10 million for a movie, nobody could. But could they produce Murray?

“I slept by my phone for a month, hoping to hear from him,” says Schneider, 40, who directed the Oscar-winning 2003 short film Two Soldiers and ultimately sent Murray an impassioned letter.

The plea paid off. Murray agreed to star, but would he sign a contract? “Bill wasn’t being difficult, he’s just Bill,” Zanuck explains. “His lawyer told me he doesn’t like contracts because he’s superstitious. That’s how he operates. So we put that aside, and he said he’d meet us at the set.

“One of the reasons producers send cars to the airport to pick up the actors is because they like to have some idea about their movement – where they are, when they’re going to arrive, that kind of thing. But Bill just said he’d be there, and that was all we knew.”

Murray avoided signing a contract until three weeks after filming. But he arrived, after a series of cryptic text messages and uncertain word of his whereabouts, on the first day of shooting, ready to address a stunned cast preparing for wardrobe tests. “Was there an over-under on whether I’d show?” he asked.

In Low, Duvall brings his characteristic gravity and a gruff sense of humor to Bush, a backwoods recluse who decides to plan and preside over his own funeral. Feared by neighbors he keeps at a distance, Bush is rumored to be a killer, but cash-starved funeral director Frank Quinn, played by the always droll Murray, is more than happy to take his money.

Zanuck and Schneider stress that Murray was a consummate professional, thoroughly reliable once he arrived for the on-location shoot in Georgia. Duvall concurs.

“Bill added so many wonderful things,” says Duvall, 79, who makes his home in rural Virginia and appreciated the story’s authentic Southern feel, cultivated during rewrites by Alabamian co-author Charlie Mitchell. “You never know what’s going to come out of his mouth.

“He said this was a funnier movie than most comedies you see, because the humor arises naturally from the human drama – nobody had to go for it, it was already there. And he’s right. That’s one of the things that makes the movie so special.”