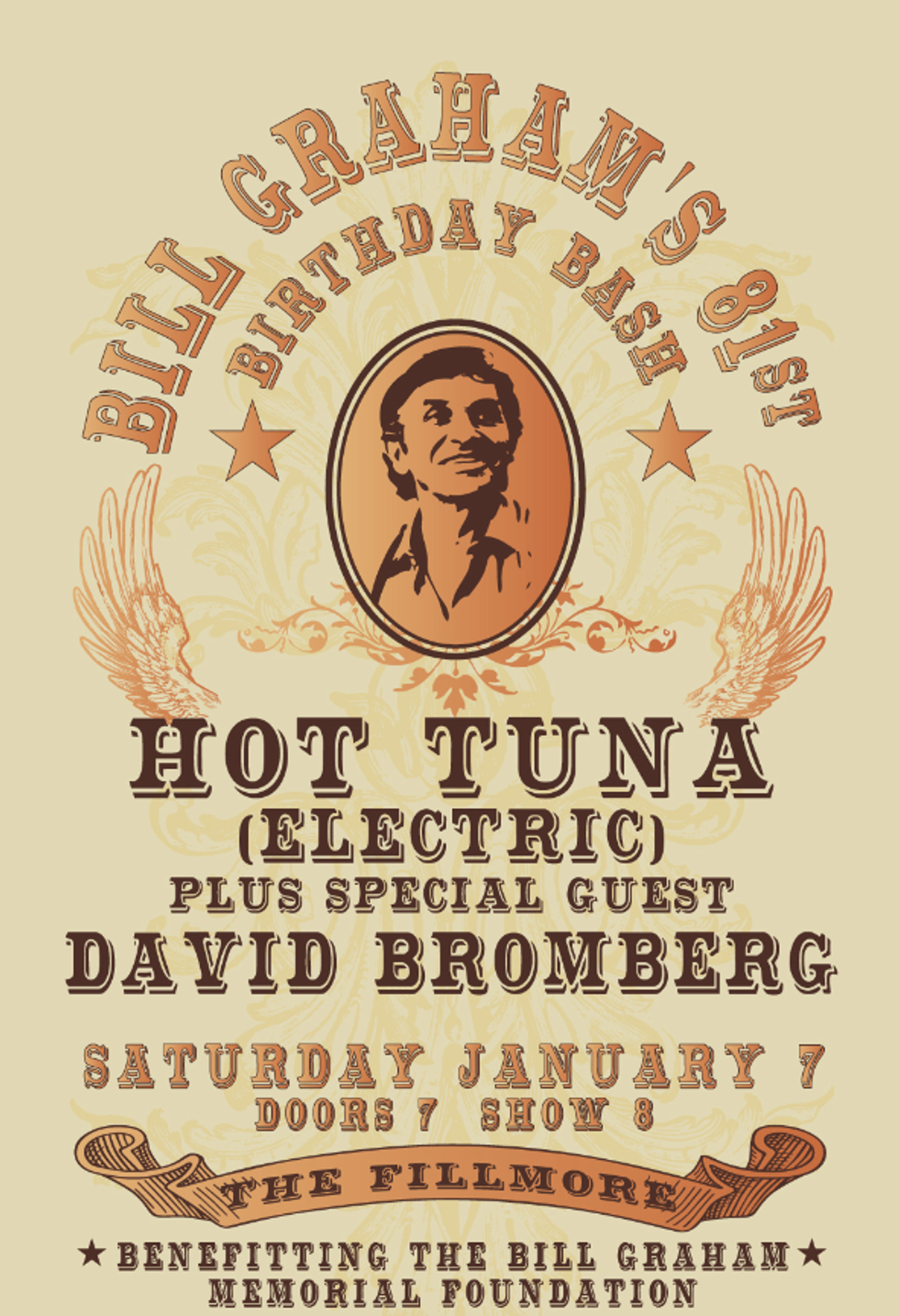 This one's for the city's hardcore music buffs. Bill Graham's—the late concert promoter largely responsible for putting SF on the map as a major music destination—81st birthday is coming up on Jan. 8, and the memorial foundation in his honor is celebrating by throwing a party with a capital P at The Fillmore on Jan. 7.

Look out for live performances by blues-rock band Hot Tuna (you know, the Jefferson Airplane spin-off group) and special guest David "Mr. Bojangles" Bromberg. Head up to the infamous Poster Room for a silent auction, and bid on such hot ticket items as a signed guitar by Santana and signed Metallica posters from their recent 30th anniversary shows if you dare. Proceeds benefit the foundation's programs supporting music and arts education and more. No doubt, it'll be a musical night to remember.