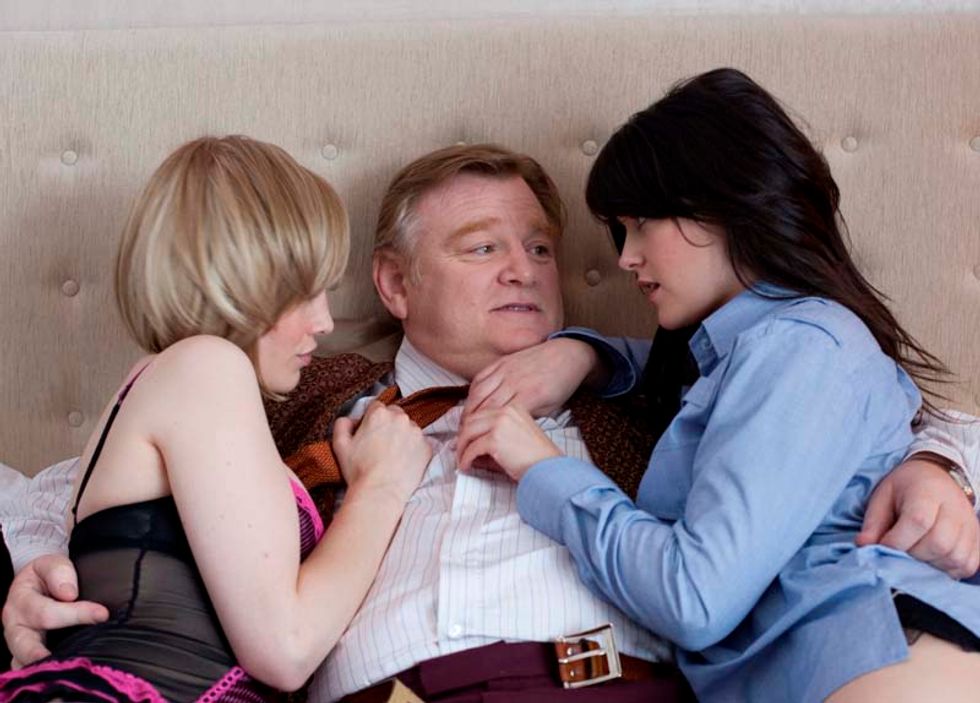 Who else could have played Sergeant Gerry Boyle, a glib Irish garda (Gaelic for “guard”) whose devil-may-care approach to police work, in a normally sleepy corner of the Emerald Isle, includes on-the-job pints, bedroom romps with imported hookers and the occasional tab of acid?

With his broad shoulders slumped in resignation, the well-defined lines on his face suggesting the world-weariness of a man who has lived to the fullest, the Dublin-born Gleeson, 56, would seem perfectly suited to playing a cop well past caring about rules and regulations, particularly as they apply to his own hedonistic pursuits.

Yet there’s that twinkle in his eye, there to tell us that Gerry hasn’t given up on life; rather, his youthful appetite for misadventure guides his every move, as well as his playful provocations of Wendell Everett (Don Cheadle), the FBI agent who has wandered onto his turf in search of big-city drug traffickers.

Wendell – or the Yank, as Gerry likes to call him – doesn’t know what to make of his default partner, whose knowledge of black culture in America seems informed by movies like Boyz N the Hood. (“I’m Irish,” he proudly explains. “Racism is part of my culture.”)

Yet Gerry is no rube, and neither is he indifferent to the call of duty. Roused from his complacency after a newcomer to the garda (Rory Keenan) goes missing – the presumed casualty of a drug war that has come home to Gerry’s backyard – he sets out to see justice done, even as Wendell starts tuning him out.

At that point, The Guard makes a mostly seamless transition from offbeat comedy to earnest thriller, though McDonagh’s subversive prose is clearly better suited to the former. Here, the drama is almost incidental – more than anything, it works to illustrate Gerry’s depth as a character. He’s happy to snicker at harmless shenanigans, but a cowardly killing he will not abide.

The pairing of Gerry and straitlaced Wendell is inspired, but while The Guard has been described as a fish-out-of-water farce – Cheadle being the fish – this is largely a one-man show. It belongs to Gleeson, whose thickly accented growl lends a lyrical quality to McDonagh’s wordplay in one of the year’s funniest and most spirited offerings.

The Guard is now playing at the Embarcadero Center Cinema and the Sundance Kabuki Cinemas. For showtimes, click here.