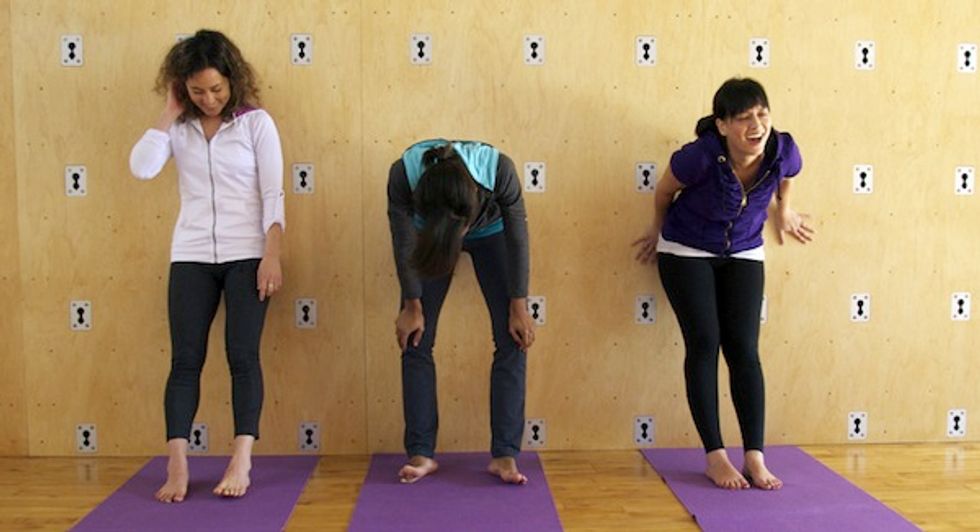 You know a Bay Area designer knows her stuff when she debuts a summer collection of hoodies as opposed to bikinis. Cozy chic enthusiasts will appreciate DDCC designer Diana Mitchell’s love for the hoodie and her five different styles for every hoodie mood.

These aren’t your boyfriend’s baggies—though those are nice too—these are fitted and flattering with attention to design details. Lowered necklines, contrasting trims and linings, thumbholes, princess seams and bias cuts lend femininity alongside super soft fabrics like French terry and bamboo and cotton jersey. The hoodies are made using local manufacturers and DDCC is a member of SFMADE.

Sewing since the 7th grade, Diana calls the Bay and Chicago home. Diana may be a hoodie expert now, but she wasn’t four years ago when she bought her first one. It was an ordinary black hoodie that she wore for a week straight that went with everything and felt right for every occasion—like a LBD, but warmer. She began taking night classes for design and patternmaking. Determined to create the perfect hoodie, she quit her day job of directing an after school center, and made DDCC full time. Six months later, the ‘A San Francisco Summer’ collection is revealed.

Sold online and in Paragraph, RAG and Secession in the city and Marion and Rose’s Workshop in Oakland, you can also catch DDCC at the 14th annual Chillin’ Productions design and art show at Mezzanine on 6/23.

Sam Durbin (sami.7x7@gmail.com) is a California lifestyle writer who honed her blogging skills as Editor of FabSugar.com. Sam graduated from The Fashion Institute of Technology, and also writes for 7x7 Magazine, Gilt City and Zagat.