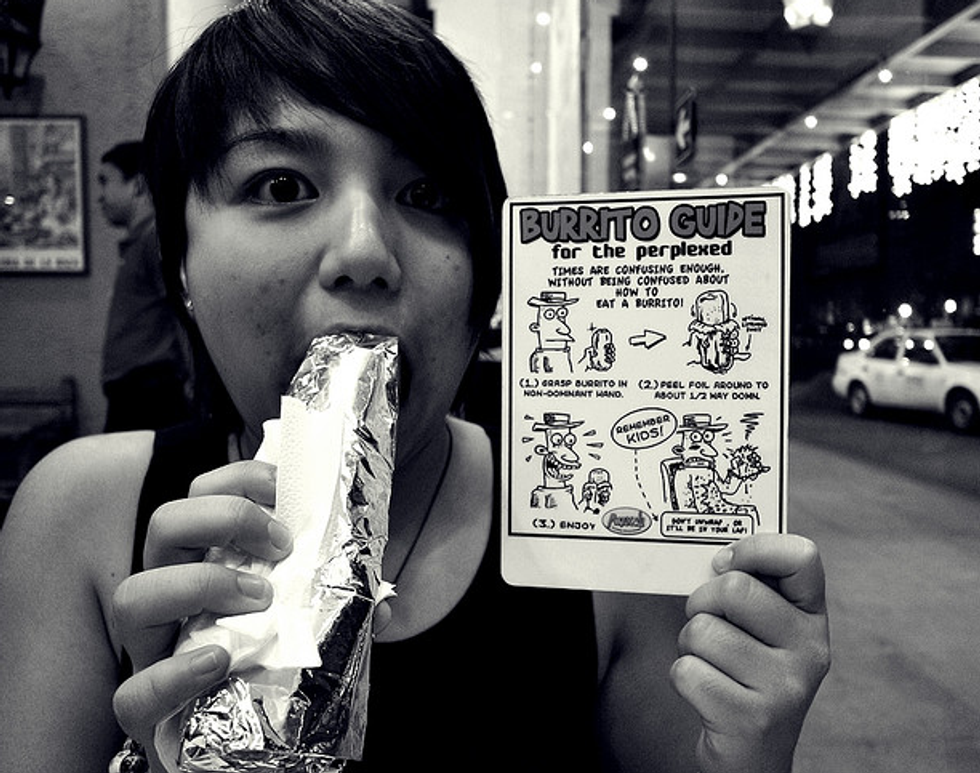 Calling All Burritophiles: 7x7 is Looking For a Judge

7x7 is looking for someone who dreams of carnitas, snubs the steamer, finds themselves at El Farolito for a super carne asada at 10 am and back again at 4 in the morning, knows everyone by name at Cancun and thinks SoCal burritos are for losers. We're looking for someone that uses the word slab, has special foil unpeeling techniques and has created personal Excel file ranking their favorite burritos in the city. We want someone who thinks they can name a burrito with their eyes closed.

The chosen burrito expert will be called upon to be on a panel of five esteemed judges—including two of SF's best chefs—for a 7x7 burrito-off and photo shoot, which will run in our February food issue.

Convince us! There's some stiff competition out there. Photos of this person eating a burrito are strongly encouraged. No professional burrito eaters may apply. San Francisco residents only. Judging takes place December 1.