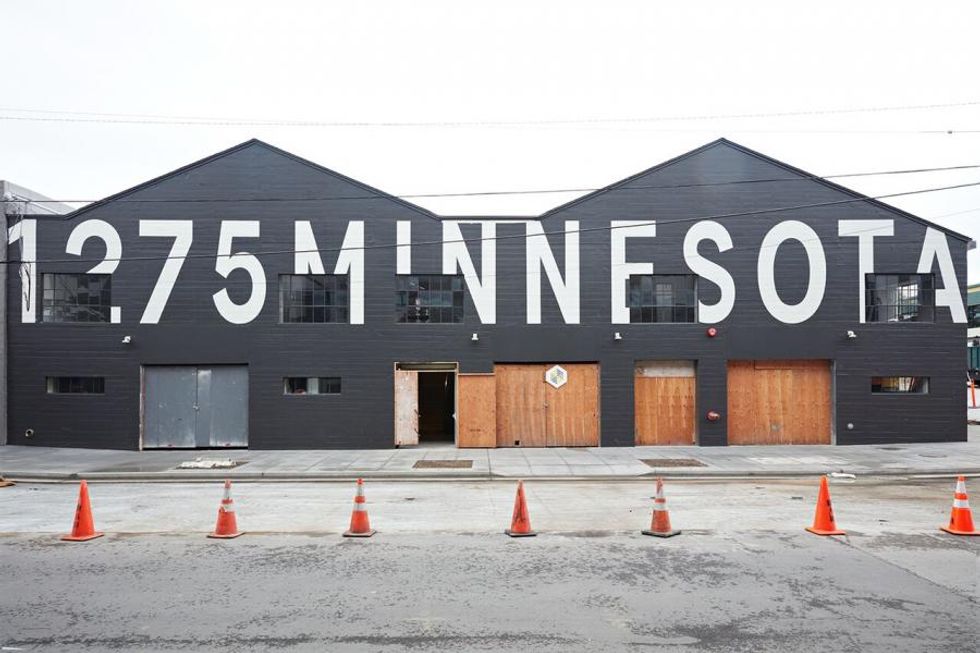 Can the Minnesota Street Project Transform Dogpatch Into a Dynamic Arts Hub?

The San Francisco real estate market hasn’t yielded many heartwarming stories from the local art community, but that may change with the Minnesota Street Project. The just-opened art sanctuary isn’t just a boon for the city, it’s a model for other creative endeavors jeopardized by increasing rents.

The multi-faceted project encompasses three converted warehouses in the Dogpatch that will house art galleries and studios with below-market rents subsidized by high-end art storage. Collectively, the spaces transform a former industrial block into a self-sustaining arts district just a short stroll from 20th Street’s bustling restaurants, shops, and tasting rooms. The project is the brainchild of longtime art patrons, Deborah and Andy Rappaport, who set out to create a real estate solution for the arts and make SF’s art scene more inclusive.

“We want to demystify the art gallery experience,” says Deborah. “Visiting an art gallery is a learned skill. We’re reaching out to those who have never experienced art in this environment.”

To repurpose the industrial structures, the Rappaports tapped their pal Mark Jensen, principle of Jensen Architects, who designed the lauded SHED cafe and market in Healdsburg. Jensen gave the early 20th century warehouses an architectural refresh that modernizes the spaces while still maintaining the soul of the structures. The primary building, 1275 Minnesota, sports clean lines of wood and glass offset by time-worn girders, trusses and exposed piping. Numerous skylights puncuate the original double-peak roof and flood interiors with natural light.

1275 Minnesota will house 10 commercial galleries, an arts education nonprofit, two temporary exhibition spaces, a media room and a much-anticipated restaurant and bar from the Daniel Patterson Group. The 35,000 sq. ft. space functions as a veritable Ferry Building for the arts with an airy, light-filled atrium flanked by rows of galleries. Tenants include mainstays such as Rena Bransten Gallery as well as newcomers like Bass & Reiner. A full list of galleries can be seen here. Inaugural exhibitions include provocative new paintings from Enrique Chagoya at Anglim Gilbert Gallery as well as a thesis show by MFA grads from California College for the Arts.

Across the way, 1240 Minnesota Street will be comprised of 30 artist studios for both permanent tenants and visiting artists, including prominent local talents such as Catherine Wagner and Nate Boyce (a list of all charter tenants can be seen here). A third site at 1150 Minnesota Street will offer artists and collectors access to climate-controlled, secure storage whose revenue will subsidize gallery and studio rents. And get this: tenant leases are indefinite — no more fear of being booted — to help assure that artistic talent remains in San Francisco.

The Rappaports said that the prototype for the Minnesota Street Project has already generated interest in colleauges. As more family-owned warehouses in the area become available in upcoming years, the Rappaports hope that others will follow their lead and adopt their model for similar projects.

“Dogpatch has always been a neighborhood of artist studios and galleries,” remarks Deborah. “It’s just about to become much more prominent and accessible.”

// The 1275 Minnesota gallery building opened to the public on March 19th. The Daniel Patterson restaurant and bar are slated to open in the fall; minnesotastreetproject.com