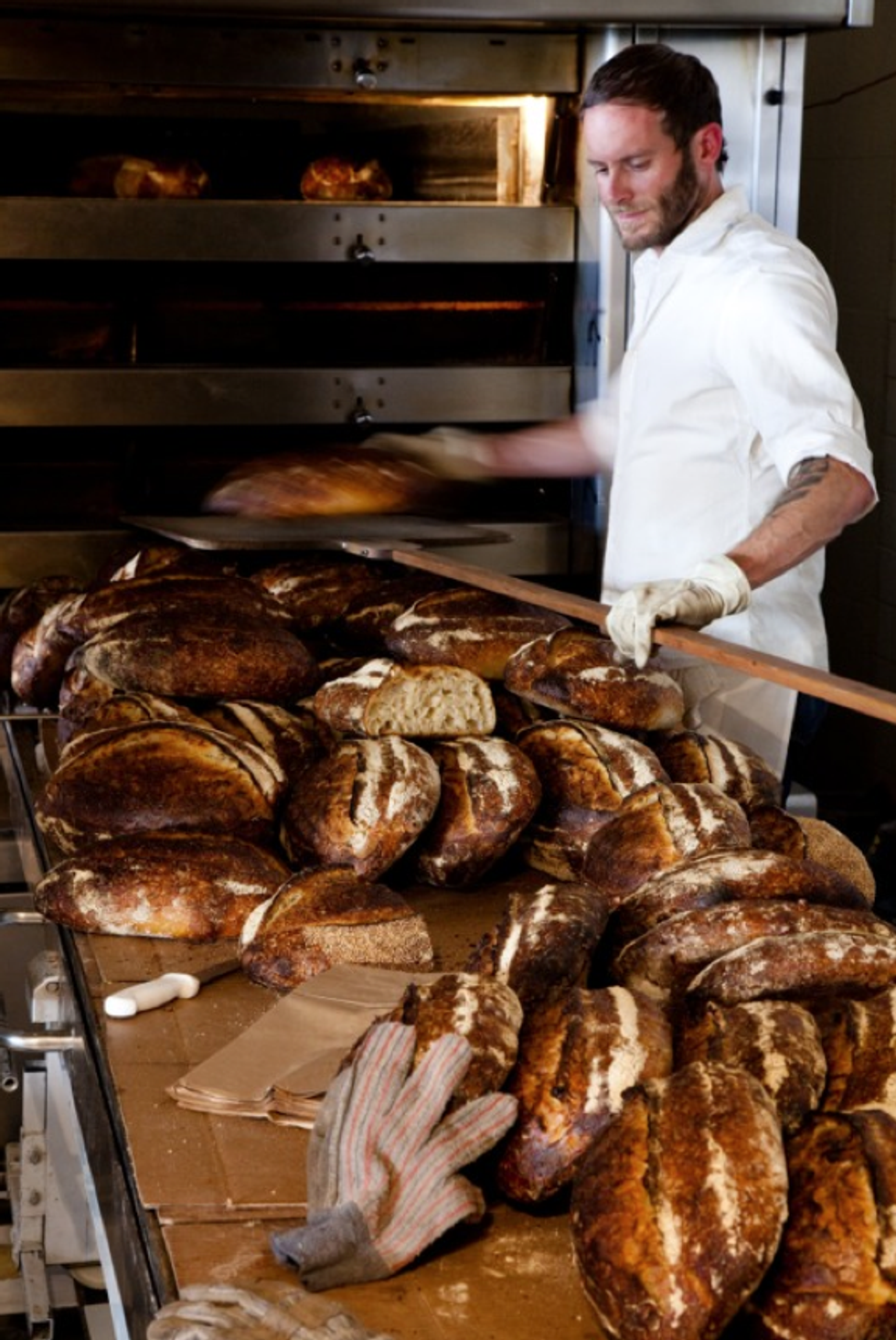 A few weeks ago, Bar Tartine welcomed chef Nicholas Balla to its kitchen. Balla is replacing Chris Kronner, but he’s also replacing his French-leaning menu. The former co-owner and chef of Nombe, an izakaya restaurant in the Mission, Balla is Hungarian by decent and went to highschool in Budapest. No, Bar Tartine isn’t sporting the latest izakaya menu in town. And yes, the menu at Bar Tartine is starting to have Eastern and Central European leanings. But it’s hardly this cut-and-dried. Tartine Bakery co-owner Chad Robertson—the man, the baker—gave us the lowdown.

Tell me about your recent European vacation with chef Nick Balla.
Our second stop was Budapest, but our first stop was actually Denmark to try the bakeries. We came back inspired by other things too. At [the acclaimed Copenhagen restaurant] Noma, they focus on the food being hyper local, using ingredients from Nordic landscape, but the food they’re making is sort of unclassifiable. Another place we ate is called Relae. The chef is Danish but born in Italy. So he has some Italian ingredients. My point is, when we came back, I told Nick, “You’ve got the Hungarian thing, you’ve got the Eastern European thing, you have the Bay Area thing. We’re at this point in San Francisco where just in the last year or two, we don’t have to say we’re Roman or Italian or French. I feel like we can just cook now." I know we’ve been saying Bar Tartine is going Eastern European but I don’t want to stop there.

What are some of the things Nick is doing in the kitchen at Bar Tartine?
He’s talking to Mariquita Farm about growing paprika peppers so he can dry and smoke them and make his own paprika pepper. All the things you’d normally import, we’re going to make them here. People think of Eastern Europe and think sausages and potatoes, but there are so many cold soups and vegetables. We love the bread, the pickles, the fresh cheese. If you have chicken paprikash in Budapest, it’s a big hunk of chicken with this thick gravy on it. We’re going to make it make sense in San Francisco.

Tell me about some of the breads.
I’m working on the next bread book and it’s about these whole grain, heirloom-grain breads. I’m working with bakers in Sweden and Denmark. In Denmark they have 15 kinds of rye. I didn’t know that there are so many different kinds. But I’m going to make it something you’d want to eat here. One of the things I’m most excited about, which is so not local and sustainable, is a wheat that they use to make the bread in Copenhagen. I met the guy that started Noma—Claus Meyer—and he’s invited me back in May to do a master baking class. I asked if he could give me some of the grain they’re using so that I can work with it at Tartine before I go.

How did you come to wanting to bake these kind of breads?
Partly because the owner of Anna’s Daughters rye bread is one of my oldest baking friends. She and her husband live in Marshall and she was baking her bread in my oven in the mid 90s when I had a bakery in Point Reyes. She’s from Copenhagen.

There's rumor you're going to change the name of Bar Tartine.
I’m not sure about that. It’s kind of like Tartine. It’s a name that kind of means toast or bread. I don’t really feel like further describing what we do because we’re always adapting and changing.