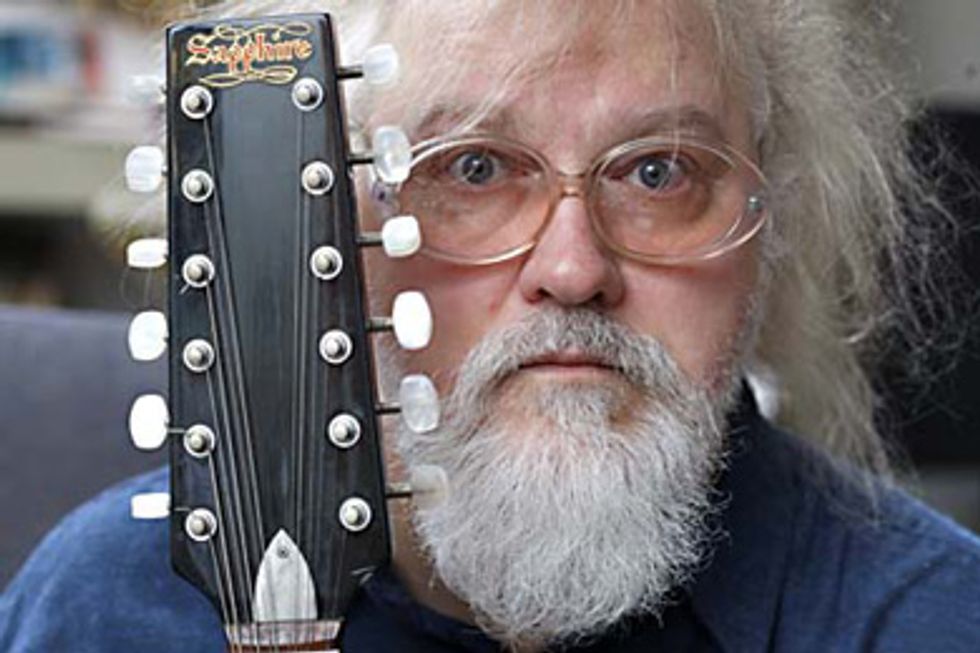 Flanked by some friends in pretty high places, a bona-fide musical legend is coming to the Make-Out Room (of all places) for two shows this weekend. R. Stevie Moore is old school–he's been around since 1968 and self-released almost 400 albums–yet he's on his first-ever world tour that was made possible by very the new-school, crowd-sourced funding platform Kickstarter.

Who is joining him onstage? "Secret" special guest Ariel Pink–an indie giant in his own right who's undeniably been influenced by Moore. They've even collaborated on songs through the mail. Normally, Moore would put on a one-man show, but this weekend he'll perform alongside his band Tropical Ooze. On August 28, SF's own Carletta Sue Kay will open and on August 29,  Kelley Stoltz (also of Sonny & the Sunsets) will share the stage.

It's going to be a heck of a show. Grab tickets for Sunday here, and for Monday here. Get a taste of R. Stevie Moore's legend below: