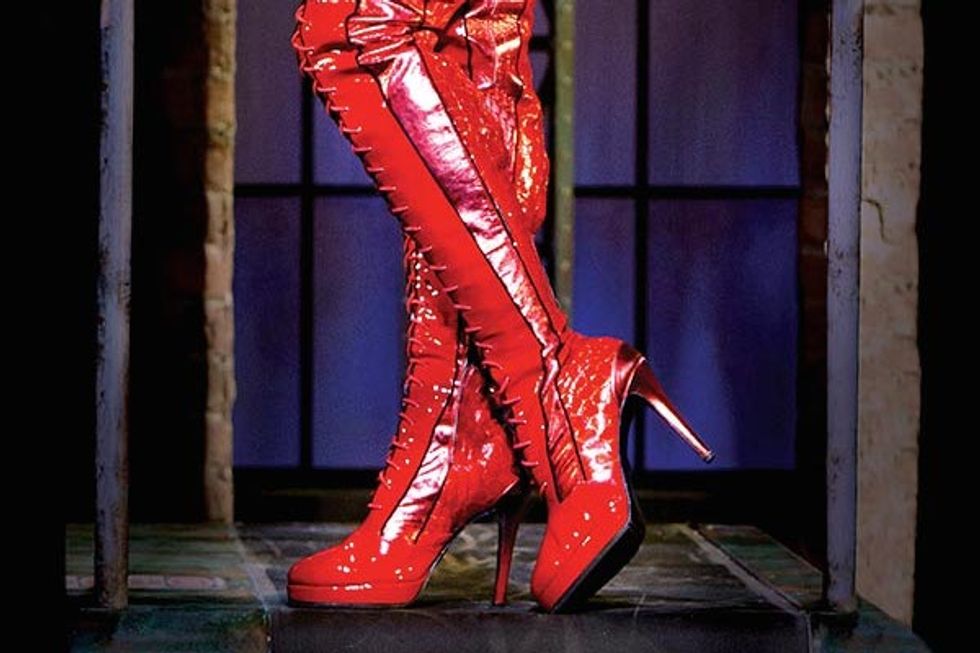 Unlike Stephen Sondheim or Rodgers and Hammerstein, 1980s pop icon Cyndi Lauper, who conceived the score to 2013’s Tony Award–winningKinky Boots, uses her iPhone to record songs. “If an idea jumps into my head while I’m walking down the street, I whip out my phone to sing and record it. I never want to lose a great idea,” says Lauper. Like the aforementioned titans of theater, the MTV princess achieved acclaim with her very first Broadway foray. Based on the 2005 British film about a shoe factory owner who teams up with Lola, a drag queen, to help save his business, Kinky Boots was rewritten for the stage by legendary actor and playwright Harvey Fierstein (Hairspray, Mrs. Doubtfire). In addition to soaring ballads that pluck at the heartstrings (the story explores the prejudice and bullying that drag queens encounter), Kinky Boots also serves up sassy numbers and high-octane dance routines. “I wanted people to leave the show with a song or two stuck in their heads,” says Lauper.