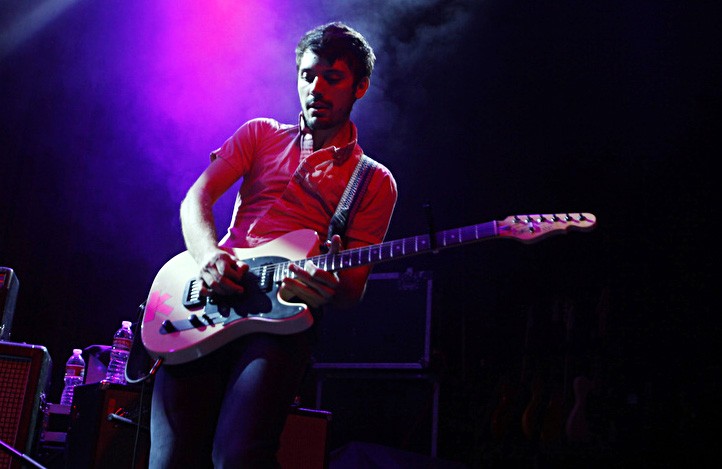 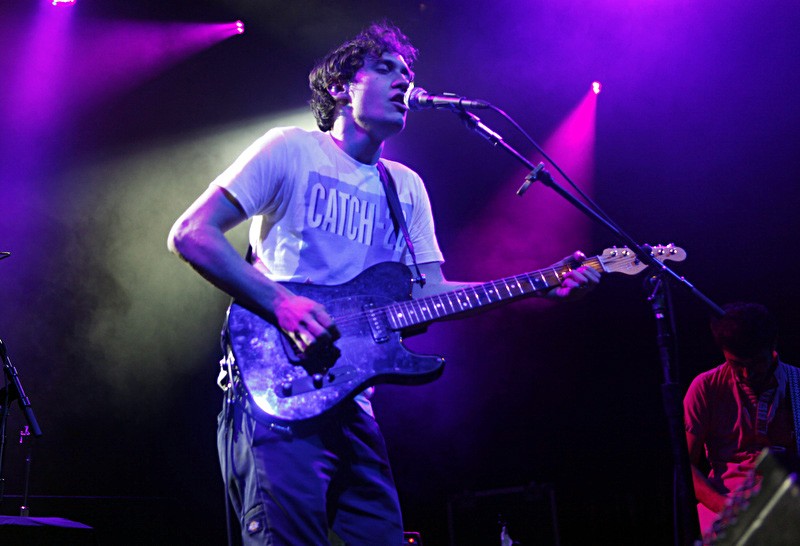 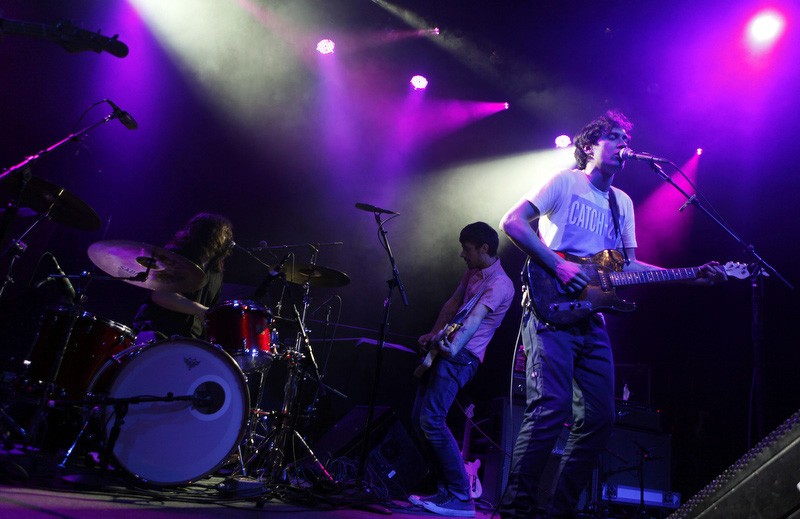 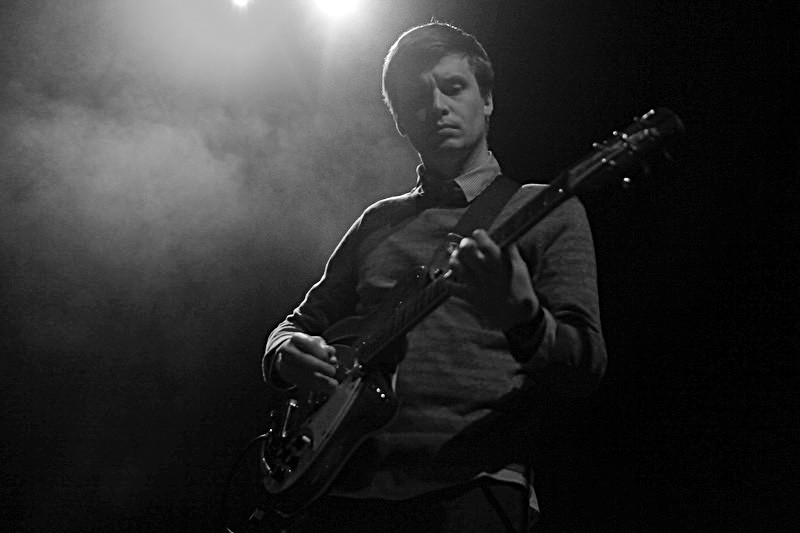 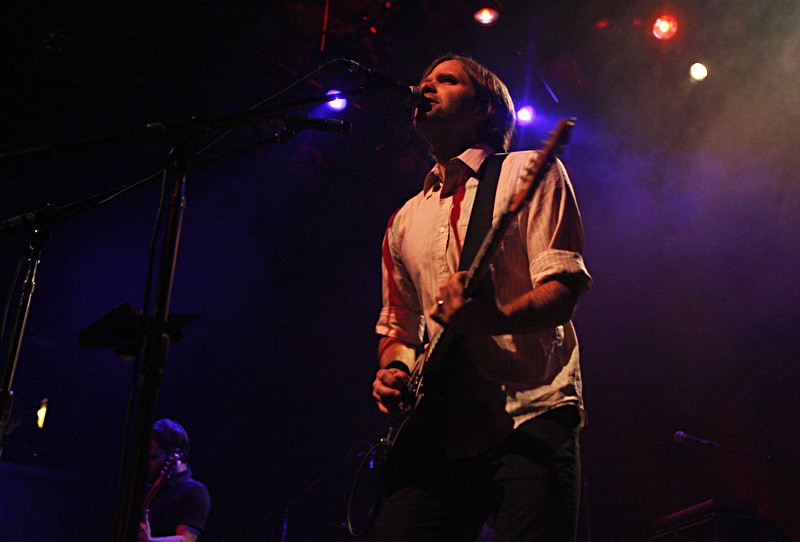 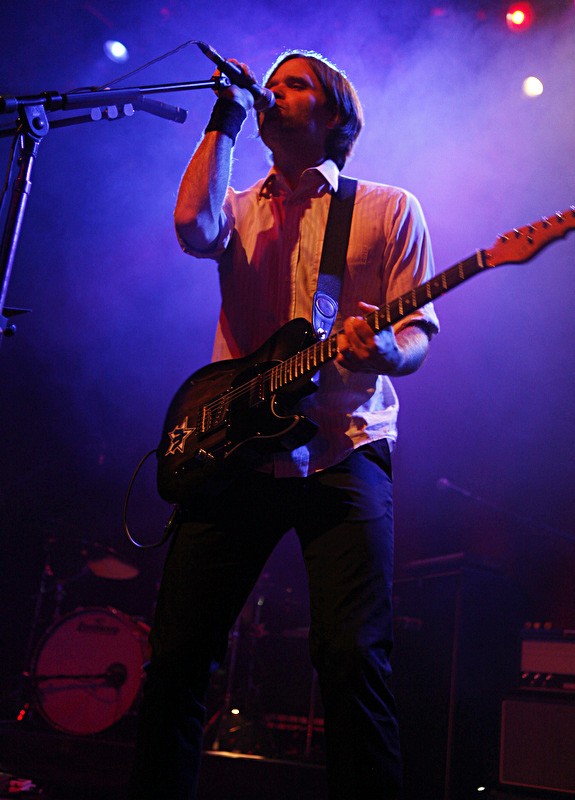 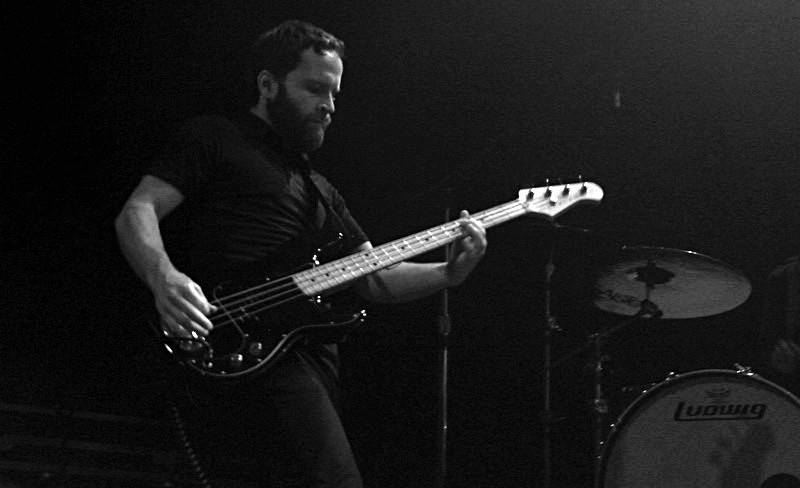 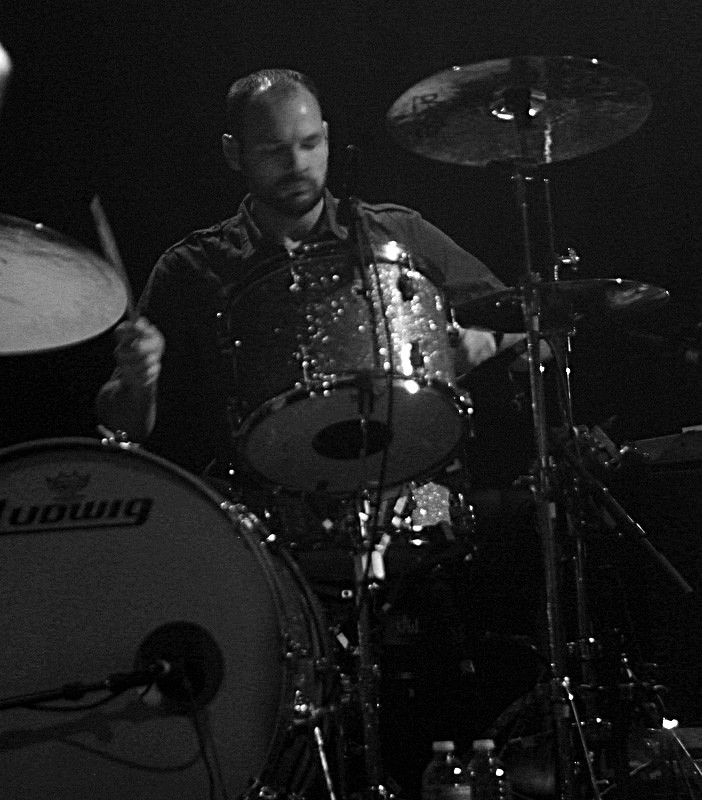 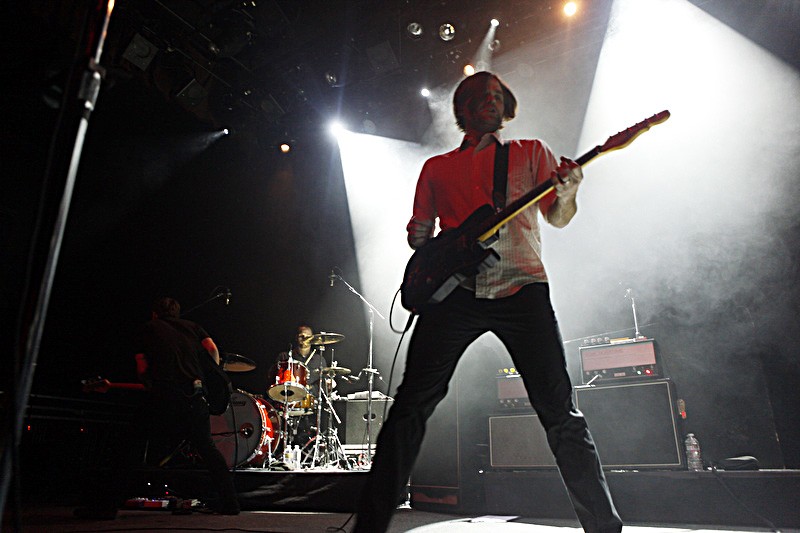 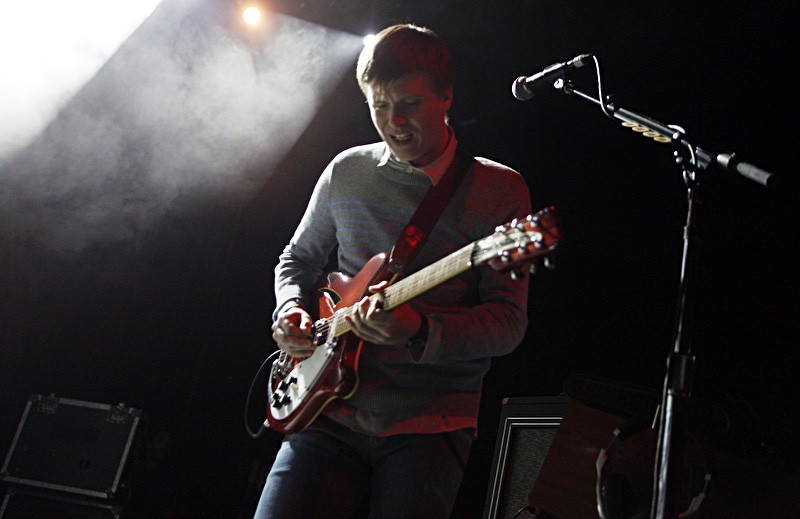 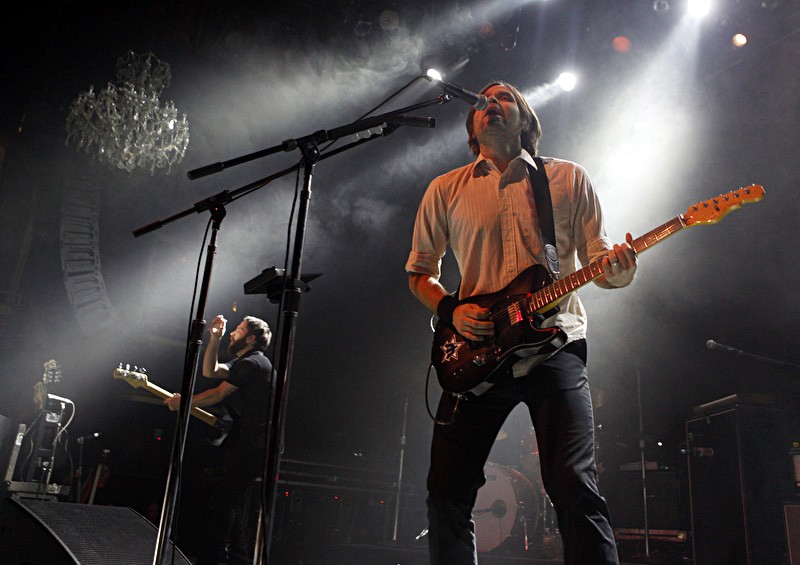 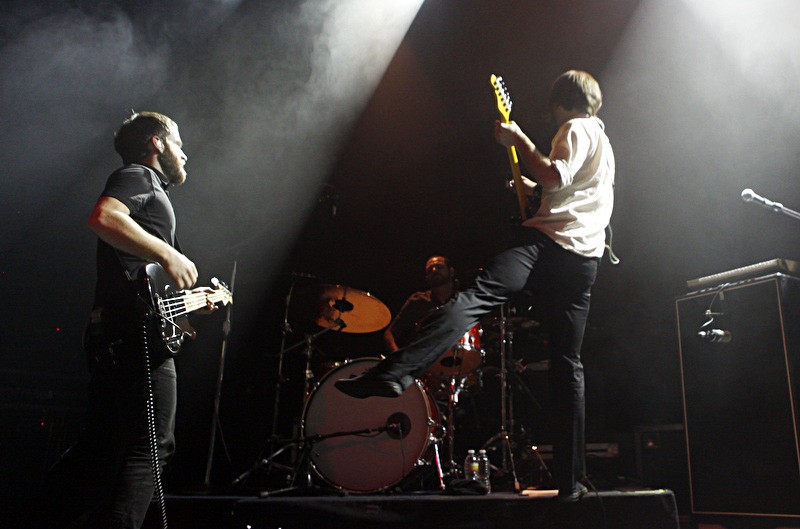 There is hope. Yes, even for you, the sad, sappy, bespectacled, somewhat chubby, nasaly, prog-emo rocking diarist. There is a better you. There may even be a Hollywood debutante in your future.

Case in point: Death Cab for Cutie’s Ben Gibbard, who walked onto the Fillmore stage last night unrecognizable to fans of grayer heads. Please excuse those of us late to the party, but someone’s whipped this former king of the indie universe into shape (*cough* Zooey *cough* Deschanel *cough*). Dude’s been cut trim, Lasik-upped and stylized for the middling tastebud. Oh, and he wears accessories now.

That’s all fine and good. People grow up, tastes change, wives obtain leverage, personal trainers become affordable, etc. But a few things have changed from the listener’s vantage point, not the least of which is the cognitive dissonance involved in processing a band with a new look playing older songs from its leaner, angstier days.

And my, were there old songs. Of the generous portions laid out for the sold-out crowd — 26 songs in total (!) — the band reached back into its pre-Atlantic Records days with steadfast nostalgic fervor, early and often. They started with “Bend to Squares,” “The New Year” and “We Laugh Indoors,” in that order, Gibbard alternately buoying center stage and returning his middle part back to form, as he would do for most of the night.

From Transatlanticism, their most ambitious album (and best for this critic’s money), they played “Title and Registration,” “A Lack of Color,” “The Sound of Settling,” and the title track, in which Gibbard explains how the Atlantic Ocean was born. The song made for a poignant close to the night, with Gibbard plaintively beckoning “Come Oooooon” over a crescendoing instrumental build. It was one of the few euphoric moments of the night, because, well, that’s not really their M.O.

It did feel as if there were a lull in the middle of the set, when they pulled predominantly from their blander Atlantic catalogue. “You are a Tourist,” “Stay Young, Go Dancing,” “Underneath the Sycamore” and the title track from their new album Codes and Keys fell especially flat, much too sensible and plainly sentimental for this crowd’s tastes.

And they played their singles from Plans and Narrow Stairs, which grew stale surprisingly fast.

But no matter. This was more a celebration of the band’s entire oeuvre, which spans 14 years and seven proper LPs. They drew material from Something About Airplanes, We Have the Facts and We’re Voting Yes and The Photo Album judiciously, treating the decidedly 30-something crowd to vintage favorites such as “A Movie Script Ending,” “Company Calls” and “President of What?” Did not. Expect. That.

There were also some moments that reminded us how borderline or perhaps full-on emo this band can be, for better or worse (the answer’s worse). For “Soul Meets Body” and “I Will Follow You into the Dark,” the crowd went all Dashboard Confessional and sung along with Gibbard’s every word. Nine months from now, babies named Gib will be born.

These were also moments that made a less sensitivity-trained fan wonder what could have been with Gibbard’s’ side project, Postal Service, the electronically-forward collaboration with Jimmy Tamborello. That grouping was much too short-lived, and I fear Death Cab may have the opposite problem.