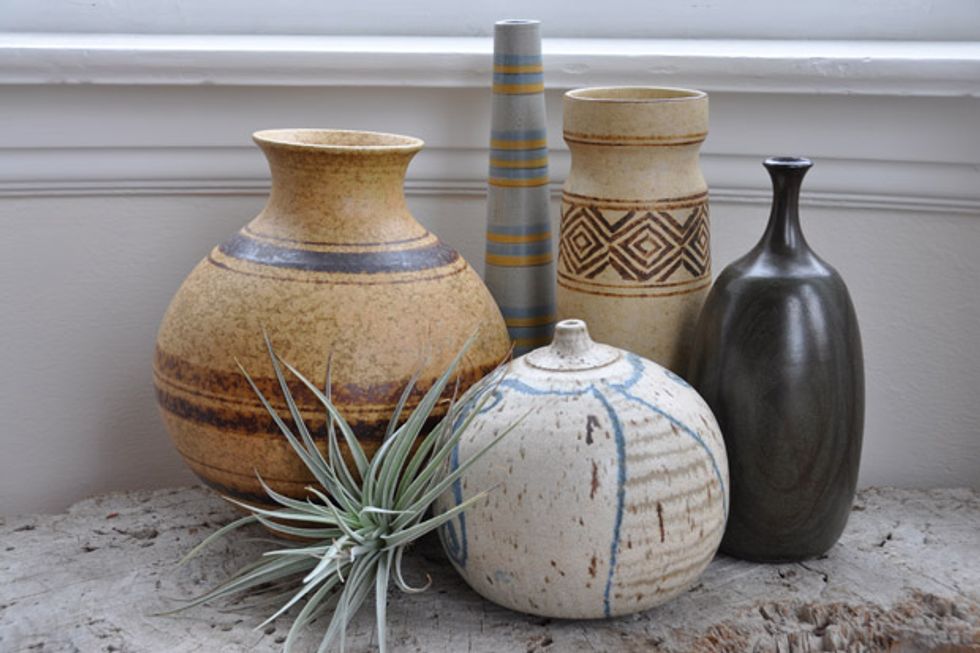 Design Events in the Bay Area

Schatzi is creating a series of fun window displays at the lovely Gravel and Gold boutique in San Francisco’s Mission district. The displays will give viewers a peek into Schatzi’s new vintage furnishings store, which just opened in the backroom of Schauplatz on 791 Valencia Street. Each display will show different living spaces and environments using vintage home goods and wares. These vignettes, which will change and evolve throughout the month, could inspire viewers for new ways to spruce up their own abodes. Reception is on August 15 from 6pm to 8pm, exhibition runs through September 15, Gravel and Gold, 3266 21st Street.

One of the country’s iconic glass designers, Wayne Husted, is giving a talk at Berkeley’s Rejuvenation home lighting and furnishing store. Formerly the design director of Blenko Glass Company, Husted has also lived an accomplished career as an independent artist. His stunning glass creations are based in the Bauhaus movement and show off his love of large-scale architectural forms. Husted is well known for his series of lamps, which come in rich colors and soft, fluid forms. Rejuvenation’s can’t-miss event not only includes Husted discussing his design philosophy and years of making glass furnishings and sculptures, but it also will showcase a collection of his original pieces and unveil his new work. August 17 at 4pm, 1717-D 4th Street.

Click here to read the full scoop on design events!