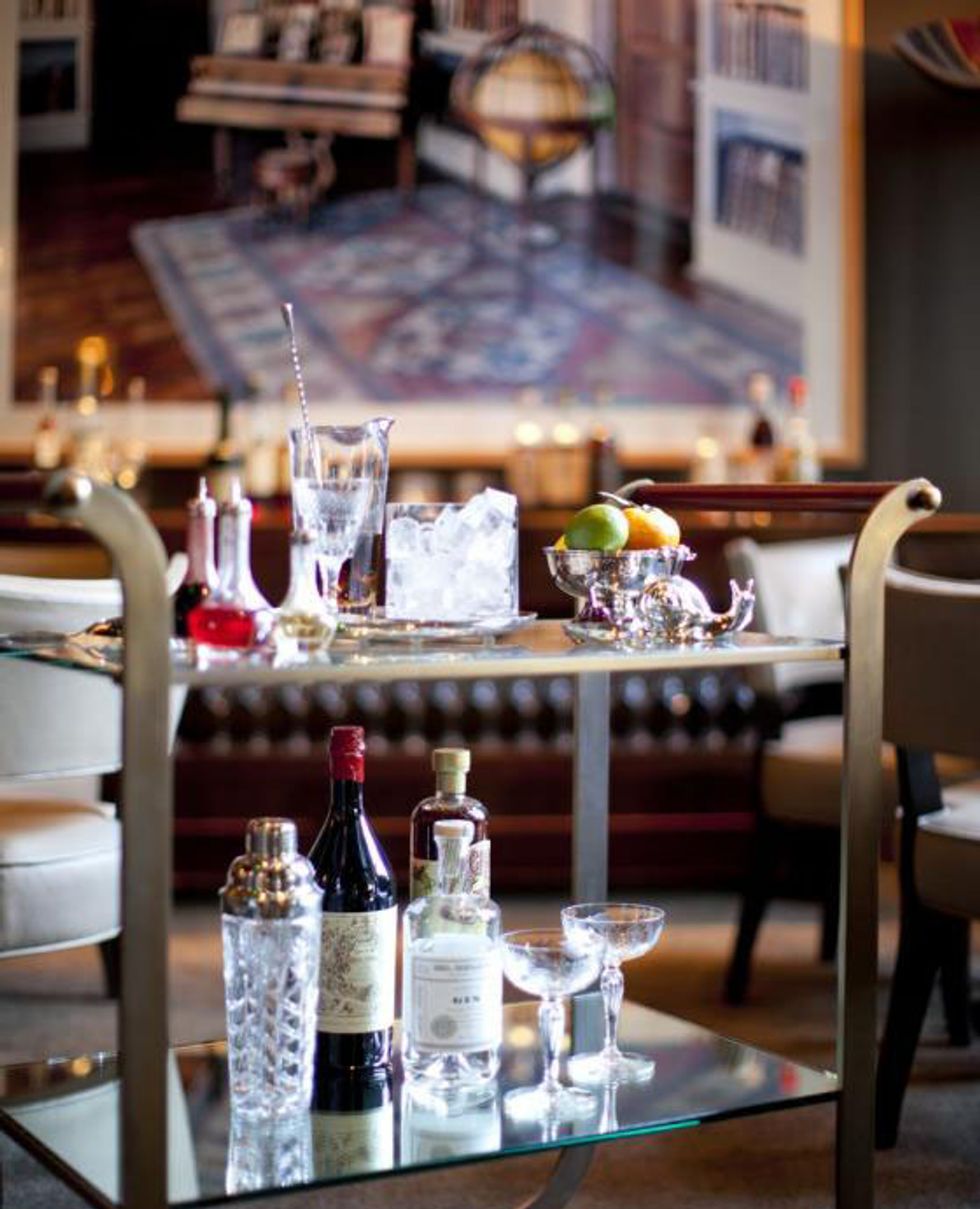 New Zealand Wine Dinners at Waiheke Island Yacht Club
America’s Cup has come and gone, but the New Zealand-themed pop-up restaurant it spawned is sticking around until the end of the year. And for the next two Mondays, Waiheke Island Yacht Club is hosting limited-engagement wine dinners. Chef Hayden McMillen will be preparing a six-course tasting menu and pairing it with wines from the Land of the Long White Cloud. Selections include Robert Parker-rated wines from Bell Hill, Dry River, DaDa, Felton Road and Vinoptima. The December 2 dinner will feature North Island wines, while the December 9 dinner will be paired with wines from the South Island. Tickets are $160 per person, and reservations are required. Call (415) 956-1048 or email WIYC@outlook.com. 1256 The Embarcadero, Pier 29

Quince Restaurant Celebrates Ten Years and Two Stars
Having just earned a second Michelin Star on the eve of its Tenth Anniversary, Quince Restaurant has a lot to celebrate. So they’re hosting a series of tenth anniversary dinners, prepared by Chef Michael Tusk and other renowned chefs. The series begins on December 1 with an exclusive White Truffle Dinner for $490 per person, plus beverages. The evening begins with a canape reception at 6 pm with Chef Tusk, followed by dinner at 6:30 pm. A portion of the proceeds will benefit The Bocuse d’Or USA Foundation. Subsequent dinners are also six-course meals and cost $250 per person with optional wine pairings for $145 per person. Reservations are filling fast, but seatings are still available for the White Truffle Dinner on December 1 and others in the series. Quince remains open on Sunday, December 8 for a feast prepared by Los Angeles Masters Michael Cimarusti and Josiah Citrin. Reservations (required) can be made online or by calling 415-775-8500. 470 Pacific Avenue @ Montgomery

Thanksgiving Options Across the City
Looking for a Thanksgiving feast out on the town, with or without the family? We already gave you a few ideas here, but a long list of local bars and restaurants are serving traditional and non-traditional meals on Thursday, including a few of our favorites. Top of the Mark is offering a bountiful brunch and dinner buffet ($109 per person/$50 for children) with Prime Rib, Free Range Turkey, and an Assorted Thanksgiving Dessert Display, as well as a petting zoo in the lobby from noon to 4 pm. If you’re traveling on Thanksgiving Day, you’re still in luck, as Yankee Pier SFO and Lark Creek Grill SFO will be serving a traditional dinner of Roast Diestel Turkey Breast with garlic mashed potatoes, brown butter, Brussels sprouts and turkey gravy, finished with a Pumpkin Tart with pepita praline.

Fast Food Francais Pop Up Bar with Dealer’s Choice Cocktails
If you’re willing to make the trip across the Golden Gate Bridge on December 1 or 15, you’ll be rewarded with a made-just-for-you cocktail from Brian Felley and Mo Hodges of Encinal Spirits.They’ll be behind the bar at Fast Food Francais during dinner service, beginning at 5:30 pm. Just tell them what you’re craving, and they’ll create a “Dealer’s Choice” custom cocktail to your liking. Or choose something from the menu, showcasing six seasonal drinks including the Marin County Cocktail with whiskey, Cognac, dry vermouth, chocolate and grapefruit bitters, garnished with a grapefruit twist; Pompeii Fizz with gin, lemon, Pamplemousse Liqueur, Lillet Blanc and egg white; and Marty Sour with barrel aged gin, citrus, vermouth, Maraschino Liqueur and orange bitters. Fast Food Francais serves playful American “fast food” classics with a hint of French inspiration. 39 Caledonia Street, Sausalito