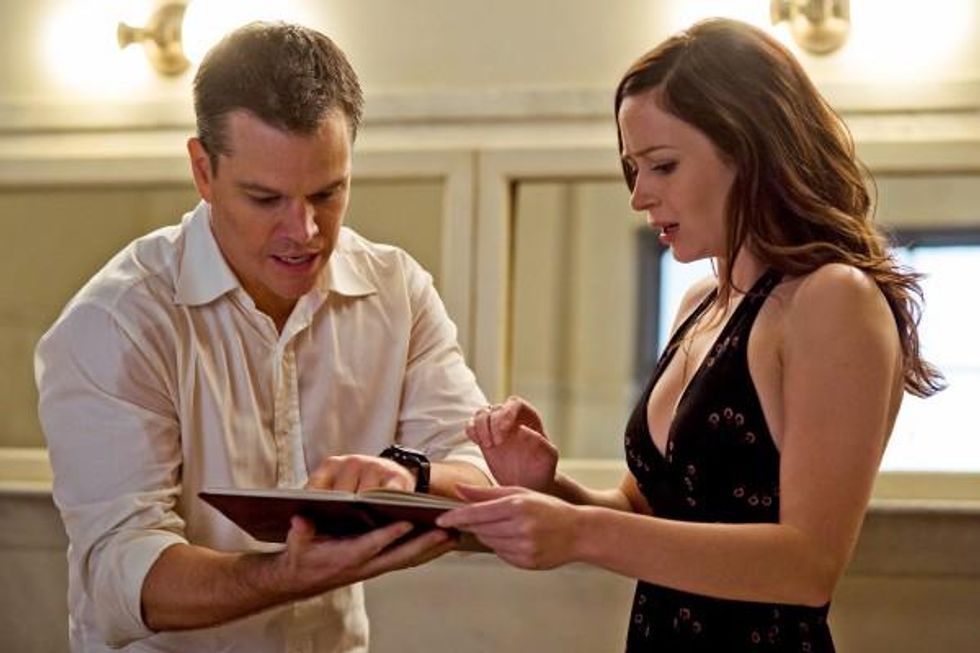 The Adjustment Bureau – the new Philip K. Dick-inspired thriller about an otherworldly crew of mystery men who mean to ensure that God’s master plan unfolds just as intended – brought at least one of its stars to tears. And no, it wasn’t Matt Damon, who absorbs a surprise shot to the gut from his on-screen love interest, played by Emily Blunt.

It was Blunt herself, the London-born star of The Devil Wears Prada (2006) and last year’s The Young Victoria, whose six-day-a-week training in New York with Swan Pouffer, artistic director of the Cedar Lake Contemporary Ballet, left her battered and emotionally bruised.

“I threw my hip out and my shoulder, and I found a Chinese massage parlor around the corner from my apartment in Tribeca where a lady would beat the crap out of me for $38,” says Blunt, 28, who plays a ballerina on the eve of her big break in Bureau, opening tomorrow.

Did her teacher sympathize? “I could feel myself welling up one day and didn't want to cry in front of Swan – of course his name is Swan. I was like, ‘I need you to let me go home. I'm going to get in the car and go home, and I'll come back tomorrow.’ He asked what was wrong, and I said, ‘If you try and hug me, I'm going to cry.’"

Blunt had no formal dance background – she calls the learning experience the most humbling of her life – but there were consolations. She particularly enjoyed meeting Damon, with whom she shared an easy chemistry on screen and off.

Not the kind of smitten-at-first-site variety they enjoy in the movie – both are happily married, Blunt to John Krasinski, 31, who knows something about fictional romance from playing Jim (to Jenna Fischer’s Pam) on NBC’s The Office.

Yet the friendship extended beyond Blunt and Damon’s time on the set. “We share the same sense of humor, and we were really able to play around with our characters and improv well with each other,” says Blunt. “With our respective spouses, we hung out at night in New York four to five nights a week. That’s very rare – to connect on a level that extends beyond that shared experience [of making a movie].”

And did she enjoy socking her new friend in the stomach, however lightly? Absolutely, she says coyly. “Everybody knows that anytime Damon gets nailed, it’s funny business.”