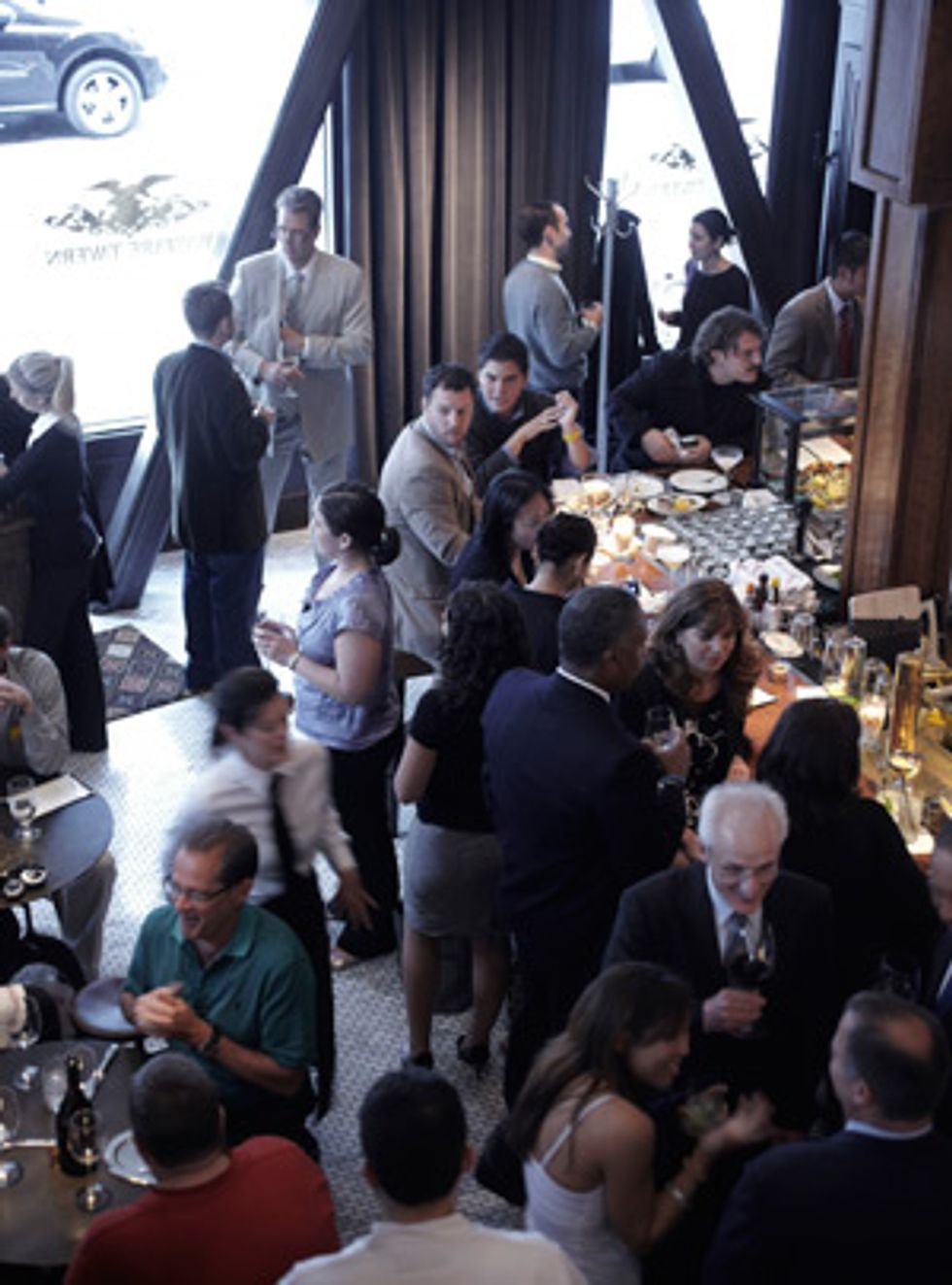 If you go to Wayfare Tavern, prepare for the flash. I'm not talking metaphorically speaking, either—you should prepare for customers armed with cameras, ready to catch a glimpse of chef Tyler Florence in the open kitchen (where he has been since day one, though the chef de cuisine is Michael Thiemann, who moved here from Hawaii). Such are the hazards of visiting a debut restaurant from a celebrity chef, one whose notoriety is based on 14 years on the Food Network, seven (and counting) cookbooks, a spot on Macy's culinary council and a baby food line, Sprout, not to mention a homegoods store that sells eponymous cookware and a Twitter following (@TylerFlorence) that numbers nearly 200,000.

Florence may be one of the most well-known chefs in the business, yet Wayfare is his first restaurant (there are two more on the horizon, due later this year—one in Mill Valley and the second in Napa). He's used his fame to go big with Wayfare, taking over the former Rubicon space and transforming it into a three-story eatery that nods to Barbary Coast pubs, rich with Americana and clubby touches, including a game room.

And though the dining room may be more ambitious than we're accustomed to seeing from a "first timer," the menu is surprisingly tame, featuring Florence's brand of simple food. There's a burger, of course, made with a proprietary blend of beef and topped with Mt. Tam cheese, bacon and, if you wish, a fried egg. The patty is excellent, but the housemade brioche quickly sogs out from all the weighty, juicy toppings. There's also fried chicken, a chopped salad with lobster and a Hangtown fry, that oft-cited Gold Rush dish that's essentially an oyster-and-bacon filled omelette. Bacon, the great crowd-pleaser, appears frequently on the long list of dishes, which makes sense, since Florence has built a career on pleasing crowds. All in all, it's a menu that is easy to like and good for a mixed crowd. Even timid eaters can find solace in a chicken paillard topped with arugula salad, and the men streaming into the place from nearby FiDi offices can go Flintstones on a veal t-bone (a Tuesday blue-plate special).

Though I've heard mixed reports on the service, the night I went (for a meal arranged by the publicist, it must be noted) I watched them in action, at my table and others, and was impressed by their warmth and efficiency. Over the course of my dinner, I became particularly fond of one server, who frequently returned to our table bearing a basket of warm popovers—a freebie that goes a very long way towards inspiring good will.