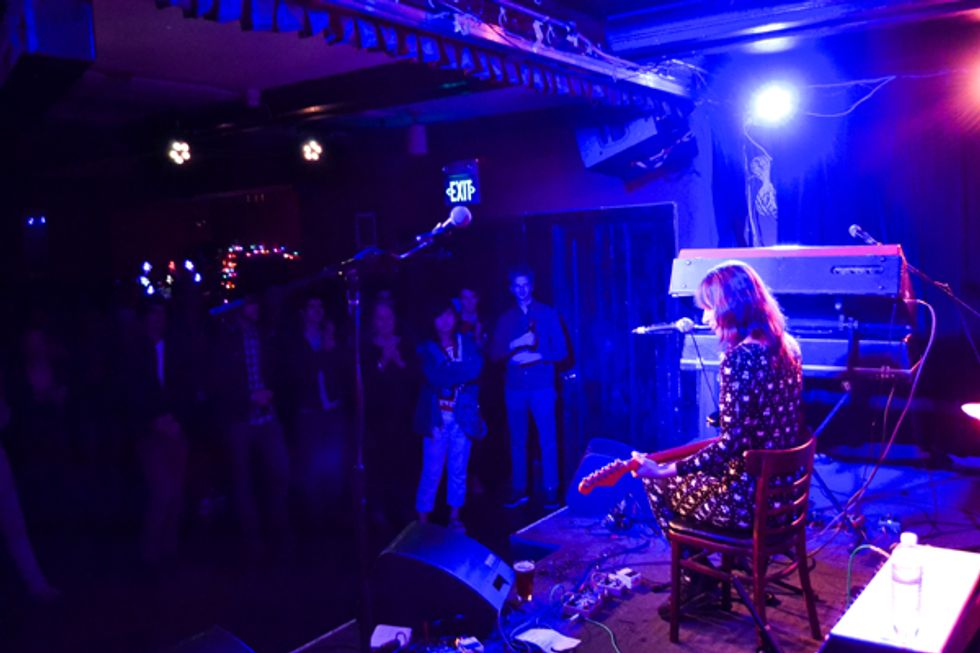 Five Facts To Know About Café du Nord Before its Closing

If you didn’t know that the Café du Nord is older than your great-grandmother, well, you do now. The five-level building that contains the boudoir bar known as du Nord is old—over a century old, in fact. San Franciscans know the dimly lit, burgundy-trimmed space as the independent music venue it has served as for the last ten years under the management of Kerry LaBelle and Guy Carson, but all who know it more intimately are aware of its disarming nature.

Café du Nord is shutting its doors in about a week. It’s dying in a certain way, leaving behind the existence it assumed within the city’s nightlife scene. To see a bar of true San Francisco character close in any instance hurts, but to see a place that contributed to the city’s identity as a fiercely independent establishment is heart-breaking. But there’s hope (as there always is for places in this city)—when it eventually reopens in six months, it will be reborn again with an old soul.

The Café du Nord has served as one of San Francisco’s most vehement wingmen for the city's indie efforts, from housing Noisepop shows to taking chances on booking edgy up-and-coming artists. When du Nord stages its last show January 4, the legacy and the brawn behind its traditional support of local music will fall under the responsibility of new owner Dylan MacNiven.

To celebrate its lineage and contributions to the city’s independent music growth over the last ten years, here are five facts about the Café du Nord.

4. The building at 2170 Market Street has two resident ghosts. Upstairs, the Piano Man lurks around the Swedish Hall. He has been known to sit in the dark in the main level lobby lounge, and sometimes the staff hears him softly playing the piano on the Swedish Hall’s stage. In the Café, late at night, the Lady in Red traverses the corridor between the pool table platform and the entrance to the speakeasy tunnel. She also sometimes manipulates the room’s lighting.

5. The Café du Nord and Swedish American Hall has had an elevator shaft for over a century—without an elevator. The new plans for refurbishment will include the elevator’s installment for easier accessibility.


Taking over Café du Nord is restaurateur MacNiven of Woodhouse Fish Co. and West of Pecos fame. As far as we know (based on the emails between MacNiven and the press, and from interviews with du Nord’s outgoing co-owner Guy Carson), live music will continue to play at the speakeasy-turned-venue, with special concern placed on Café du Nord’s legacy and the well-being of the neighborhood.